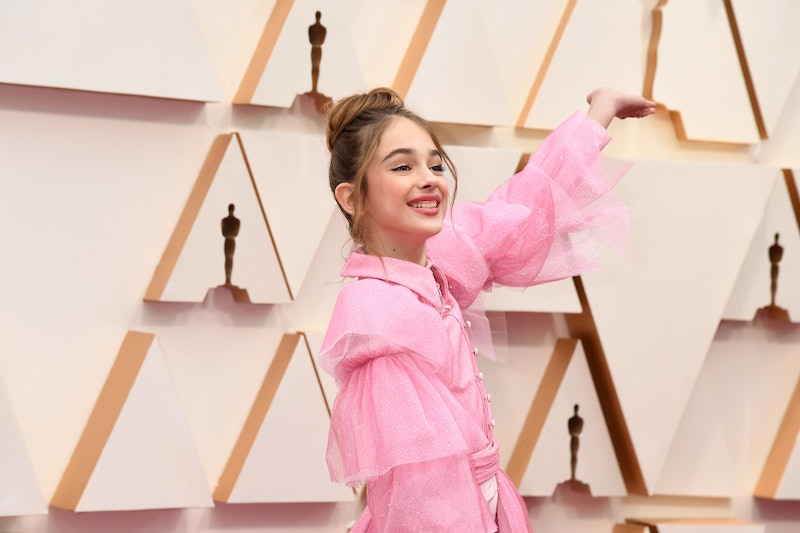 Julia Butters: scene stealer by day, relatable hero by night. The Once Upon a Time in Hollywood actor brought a turkey sandwich to the Oscars on Sunday, Feb. 9, because, as she told LA Times reporter Amy Kaufman, "I don't like some of the food here." We stan.

This might be Butters' first time at the Oscars, but she's clearly a pro at awards season already. And what else would you expect from the 10-year-old girl who managed to steal the spotlight from Leonardo DiCaprio in Once Upon a Time in Hollywood? She shared a memorable scene with the Oscar winner in Quentin Tarantino's hit film, playing a young actor who's wise beyond her years. (Clearly not a huge stretch for her.)

The Oscars have a reputation for being light on food. In 2014, host Ellen DeGeneres made a big show of getting pizza for all the hungry actors and filmmakers. And in 2017, host Jimmy Kimmel dropped candy and cookies from the ceiling. The lack of food coupled with the show's tendency to go long is almost as famous as some of the Oscar winners themselves.

With her turkey sandwich, Butters is going against the grain at the 2020 Oscars. The Academy announced last week that its Governors Ball after party would offer a majority vegan options, including plant-based dishes. Oscar nominee Joaquin Phoenix famously insisted that the Golden Globes serve a vegan dinner just a few weeks ago — a trend that has permeated throughout awards season. Hopefully he won't hold Butters' turkey sandwich against her.