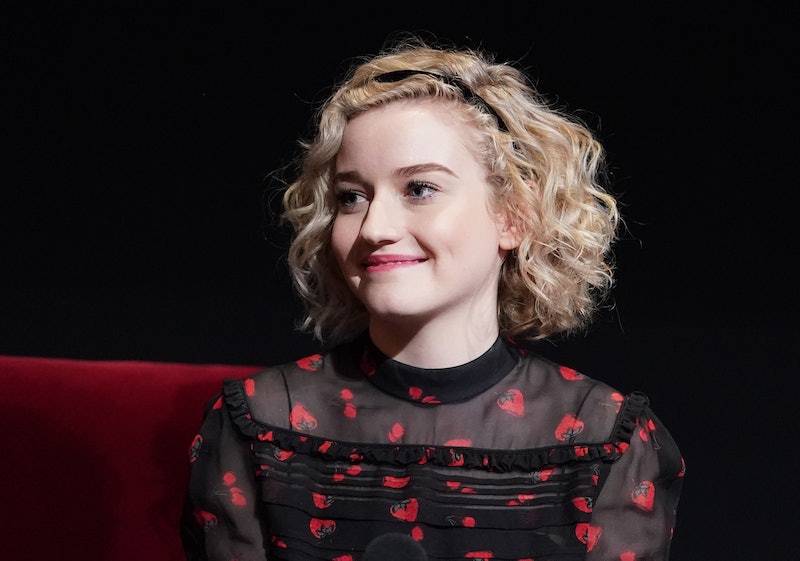 Shondaland's forthcoming program based on an article about "The SoHo Grifter" may soon have its star. On Monday, Oct. 21, Collider reported that Shonda Rhimes' Netflix series about Anna Delvey may star Julia Garner. Collider's sources said nothing is set in stone, but the insiders claimed Garner is apparently adjusting her schedule so she can take this part.

Garner, who just nabbed an Emmy for her work on Ozark, is no stranger to the "inspired by a true scammer" TV genre. Just this year, she portrayed Terra Newell in the Bravo scripted series based on Dirty John, a podcast based on the true crime story of John Meehan. Her other recent credits include Waco, Maniac, and Modern Love.

This show, which is one of the projects in Shondaland's first batch of series for Netflix, draws from a real-life story that truly is stranger than fiction. Before she was arrested in 2017, Anna "Delvey" Sorokin posed as a German heiress and managed to work her way into New York high society. She conned people and businesses out of money, racked up hefty tabs at hotels and restaurants with no intention of every paying, and swindled her way into an all-around extravagant lifestyle. But the grift did not last forever: As BuzzFeed reported on May 9, Delvey was sentenced to a minimum of four years in prison after being found guilty on multiple charges, including second-degree grand larceny and theft of services.

Outlets such as Deadline and The Hollywood Reporter shared back in June 2018 that Netflix and Shondaland scooped up the rights to Jessica Pressler’s New York Magazine story “How Anna Delvey Tricked New York’s Party People.” The article was released on May 28, 2018; the news that Rhimes would be turning Delvey's saga into a Netflix series came out only a little over a week later. On July 20, 2018, Netflix confirmed in a press release that a show based on Pressler's article would be one of the first series from Rhimes developed for the streaming service. The creator of hit shows Grey's Anatomy and Scandal will be taking The SoHo Grifter to Shondaland and Netflix, and the winner of Outstanding Supporting Actress in a Drama Series at the 71st Primetime Emmy Awards could be taking on the lead role.