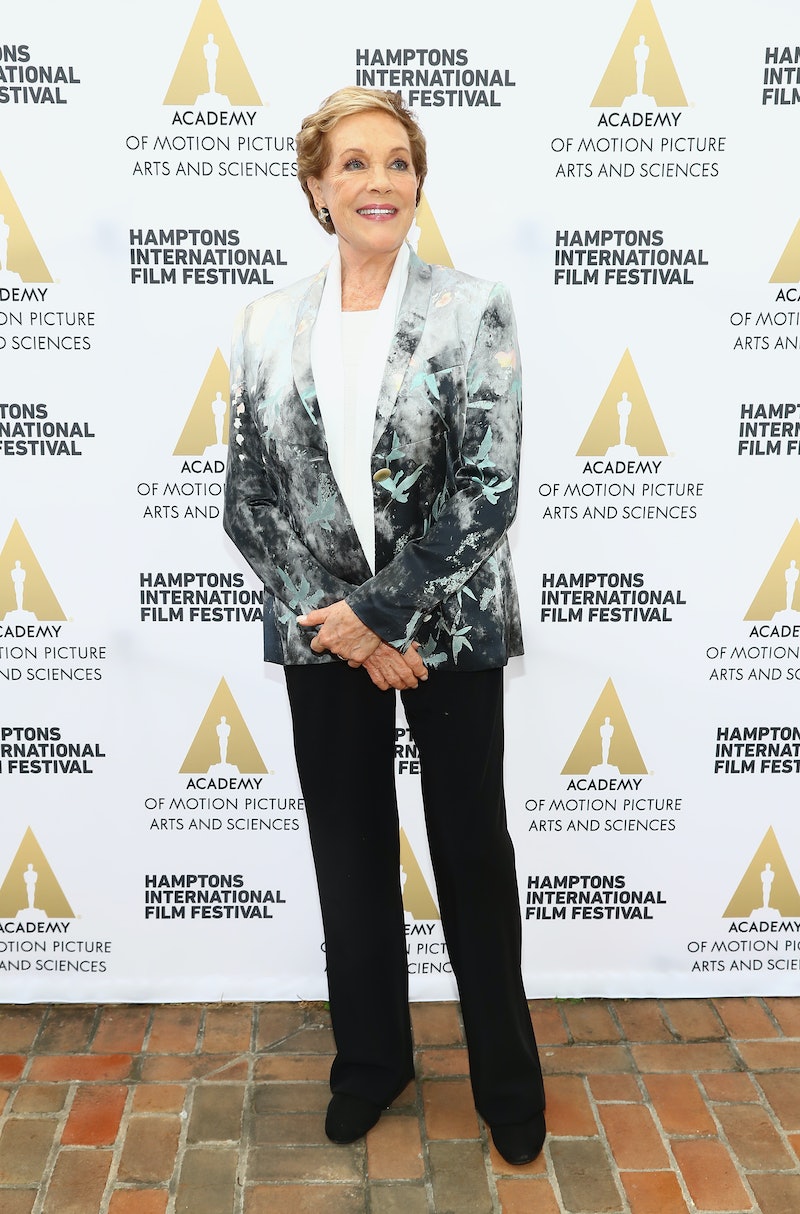 In an interview with Variety, the new movie's director, Rob Marshall, revealed that he'd asked Andrews to make a cameo in the sequel. "She immediately said 'no,'" the director explained. "She said, ‘This is Emily’s show and I want her to run with this. She should run with this. This is hers. I don’t want to be on top of that.'"

Basically, the star gave Marshall a slightly sentimental and utterly practical explanation that would have made Mary Poppins herself proud.

In the same report, Blunt added that she felt relieved by Andrews' decision to not make an appearance in Mary Poppins Returns. "There was discussion about, you know, that maybe she would come and do a bit in the movie and she was so generous actually," the actor said. "She said to Rob, ‘Do you know what this is? This is Emily’s version of her and I don’t want it to be that she’s playing Mary Poppins the whole way through but then I come in and there’s like 'Oh, but there’s the real Mary Poppins,' you know?'"

It's generous and thoughtful that Andrews wouldn't want to overshadow the other actor's performance. Then again, it would have been nice to at least see the woman who made Mary Poppins so memorable in the first place. But fans of the original can count on lots of callbacks, including an appearance by Dick Van Dyke, who played Bert in the 1964 film opposite Andrews.

In Mary Poppins Returns, Van Dyke doesn't returns as Bert, however. He plays Mr. Dawes Jr., the son of Mr. Dawes Sr., who he also played in the original. So the circumstances were different in Andrews' case as her character is being reprised by a different actor. The new Disney movie includes something of a new version of Bert in the original character of Jack, played by Lin-Manuel Miranda, who's a former apprentice of Bert's that works as a lamplighter.

Another actor from the original Mary Poppins makes an appearance in the much awaited sequel, but hers is much more brief than even Van Dyke's cameo. Karen Dotrice, who played the young Jane Banks, shows up, credited on IMDB as an "elegant woman." Emily Mortimer takes on the role of Jane, now a labor organizer, in the new movie.

Mary Poppins Returns is very much a tribute to the original, but it's also a brand new piece of work that involved a lot of creative people. So as much as Andrews will be missed by her fans, the actor made a decision based on what she thought would serve the movie best — and respect what this new team created.