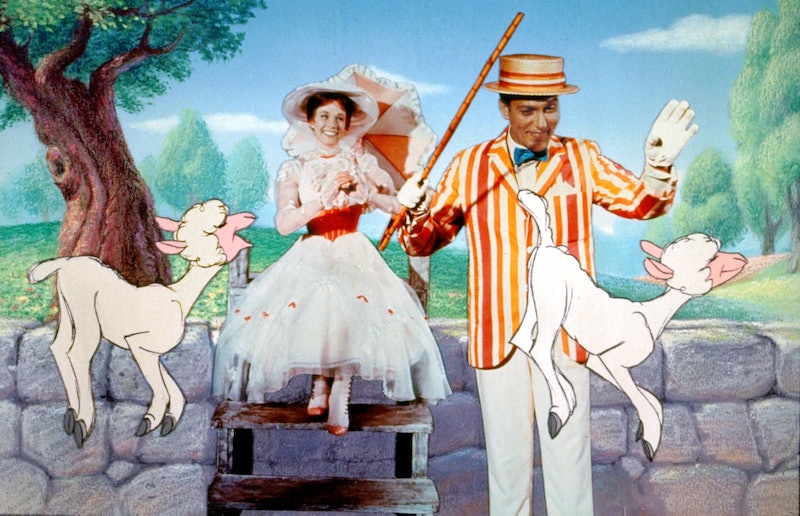 Being an A list actor must come with some perks. You get invited to glamorous parties, you hang out with other celebs, and you star in era-defining film. Another big plus is getting to take home props and costumes from the sets you work on, and now one iconic British acting legend has just revealed how she uses one piece of her movie memorabilia at home. Julie Andrews says she uses her fave Mary Poppins shoes as doorstops in her house. And I for one I can’t think of a more magical way to accessorise your house.

There are certain films that will be remembered forever. Mary Poppins is one. From dancing around the living room to “A Spoon Full Of Sugar” to getting lost in the fantastical world of Mary and Bert, this film defines so many peoples childhoods. Being part of such a massive production was no doubt life changing, but saying goodbye to it must have been tough for Andrews and her co-stars.

However, during an appearance on The Graham Norton Show on Nov. 1, Andrews revealed she took a little bit of the film with her. Her first husband designed Mary Poppins and the actor said: “The only thing I did take home, and I think he may have done it for me, was the pretty little pink and white button up shoes from Mary Poppins’ outing with Bert.” (See below).

The costumes in Mary Poppins were so vibrant and beautiful that it’d be hard not to play dress up after filming had ended. However, Andrews said she’s found another use for her shoes. She told Norton, “They’re doorstops now. They were filled with sand and look very pretty.” Wow. Now that's what I call upcycling.

Andrews was joined on Norton's big red sofa by Sir Ian Mckellen, Reese Witherspoon, and Jennifer Aniston. So there were some serious Hollywood credentials floating around. Andrews appeared on the show to talk about her new book, Home Work: A Memoir of My Hollywood Years. In the book, Andrews reflects on her career in Hollywood, working on legendary films like Mary Poppins and the Sound of Music. It's available from Nov. 13, and who knows what other secrets it will reveal about Andrews, home decor otherwise?