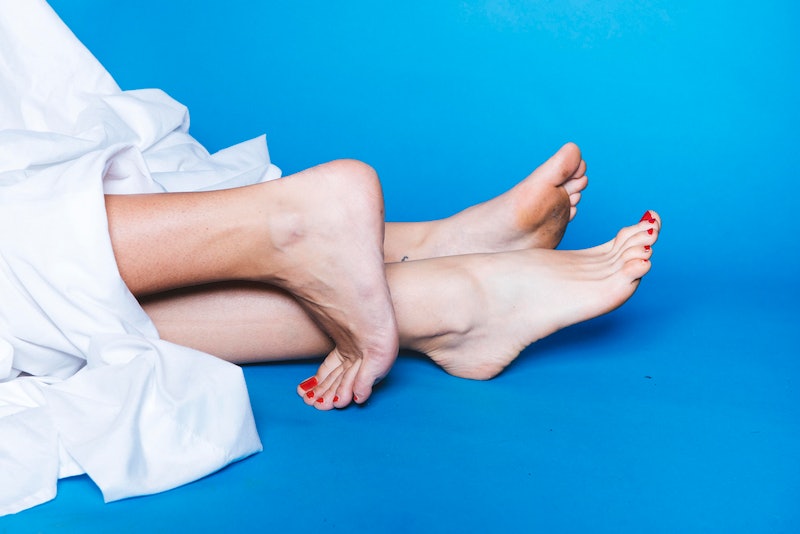 Summer lovin' is definitely here. We often associate summer with flings and fun, but new data shows it's also the season for something a little more sinister — like the most popular time for cheating.

A new survey from IllicitEncounters.com, a dating site for married people, has found that summer is the optimum time for those having an affair. In fact, the site has identified Friday, July 20 as the number one day for people to have cheat, based off of last year's data, earning it the nickname "Frisky Friday". The site surveyed over 1,000 married UK users and looked at data from 2017, where they saw a 25 percent increase in membership over the summer.

"You would think the winter months might be a more popular time for cheating because it is cold and miserable and we all need cheering up," IllicitEncounters.com spokesperson Christian Grant tells Bustle. "But our research showed that cheating peaks in the summer months. This is largely because the weather is better, the nights are longer and we all feel a little more confident and sexier in the sunshine. This feel-good factor makes people act a bit more hedonistically — they seek lots of new ways to have pleasure and they tend to go out more in the summer. If you are out and about, you are more likely to meet people new and there are more opportunities to stray."

"The third week of July has a 54 percent increase in site activity, with Frisky Friday seeing a whopping 70 percent rise."

And the third week in July is exactly when everything peaks. The third week of July has a 54 percent increase in site activity, with Frisky Friday seeing a whopping 70 percent rise. Although the data was from the UK, IllicitEncounters.com said you could expect similar peaks in the U.S. during this time. And this summer, it seems to be more popular than ever. "This has been an exceptionally hot summer... and we all just feel a little sexier," Grant says. "Those circumstances are the perfect environment for affairs. When the sun comes out, many people instinctively think of sex."

But it's not the only time cheating happens. Here were the top six most popular months for cheating based off of IllicitEncounters.com's site activity.

More like this
Are Gemini & Leo Compatible In A Relationship?
By Kristine Fellizar
35 Sexy Texts To Send Your Partner
By Griffin Wynne and Carolyn Steber
How Getting An Abortion Has Changed From The ’60s Through Today
By Amanda Chatel
I Want More Sex But My Partner Has ED. What Do I Do?
By Sophia Benoit
Get Even More From Bustle — Sign Up For The Newsletter