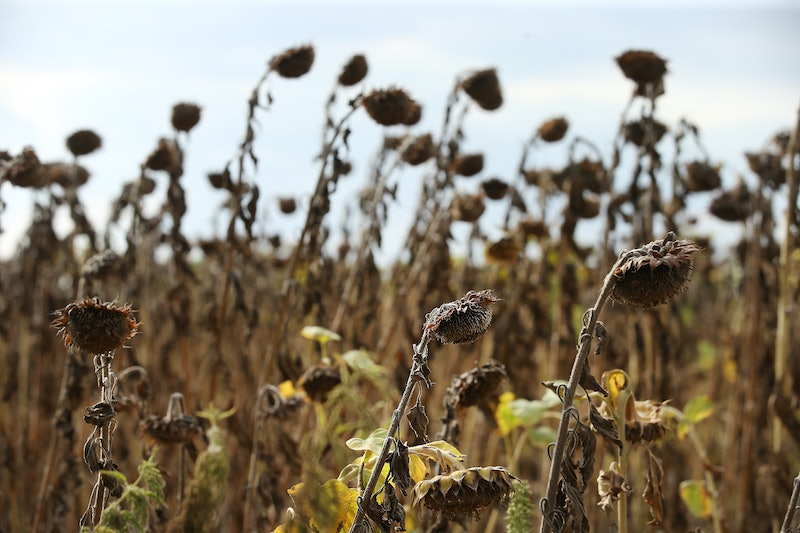 Every year, June marks the beginning of summer, and with it, rising temperatures. However, June’s unprecedented rise in temperatures this year had implications far beyond the start of summer. On average across the globe, the temperature for June 2019 was the hottest for the month in recorded history.

According to data provided by the Copernicus Climate Change Service (C3S), which is operated by the research institute European Center For Medium-Range Weather Forecasts (ECMWF), the global temperature was 0.1°C higher than the highest temperature previously recorded for June. That previous record was set in 2016, the Independent reported.

This increase was particularly noticeable across Europe: June 2019 exceeded European-average temperatures by a full 2°C. Over France, Germany, and northern Spain, the increase in temperatures were even more dramatic, coming in at 6 to 10°C hotter than normal. Climate change experts conclude that this is not an anomaly: rather, the European heat wave at the end of June is at least five times more likely to happen in the current state of global climate change.

According to an analysis by the World Weather Attribution, heatwaves are deadly even when mortality rates aren’t immediately evident. The scientists who wrote the analysis concluded that mortality risk “is aggravated by climate change, but also by other factors such as an aging population, urbanisation [sic], changing social structures, and levels of preparedness.” They also found that intense heatwaves like those that swept the world in June are 10 times more frequent than they were a century ago, pointing out that these heatwaves are “made more likely and more intense by human-induced climate change.”

But the intensity and press coverage of European heatwaves in 2019 should not overshadow heatwaves from just last year. Japan endured deadly heatwaves in 2018, which killed over 80 people in July of that year, the South China Morning Post reported. The heat was so powerful and lethal that it was dubbed a “natural disaster,” bringing to bear the immediate reality of climate change.

Indeed, in the United States alone, race and class are perhaps the most important indicators of who is most negatively impacted by climate change. According to a report by the Center for Progressive Reform (CPR), “Environmental hazards (for example, chemical plants, hazardous waste landfills, and diesel bus terminals) and environmental amenities (for example, open space, parkland, and protected waterways) are inequitably distributed in the United States, threatening the health and safety of poor communities and communities of color.” This inequitable distribution of some of the biggest climate change threats gives vital human context to rising temperature statistics.

Similarly, the inequitable distribution of risk factors for experiencing the worst of climate change occurs on a global scale. CPR points out the impact of shifting industrial norms that are exporting polluting industries and hazardous waste disposal sites from westernized countries to formerly colonized countries in Africa, South America, and Asia.

This kind of global environmental racism certainly plays a key role in who suffers the most from temperature spikes like those seen in June 2019. Studies published in Nature and Wiley Interdisciplinary Reviews suggest that countries in sub-Saharan Africa and South Asia will experience the worst impacts of climate change. As heatwaves continue to sweep the world, environmental racism — and environmental justice advocacy — will continue to play large roles in who is most impacted, and how the world adapts to climate change's effects.