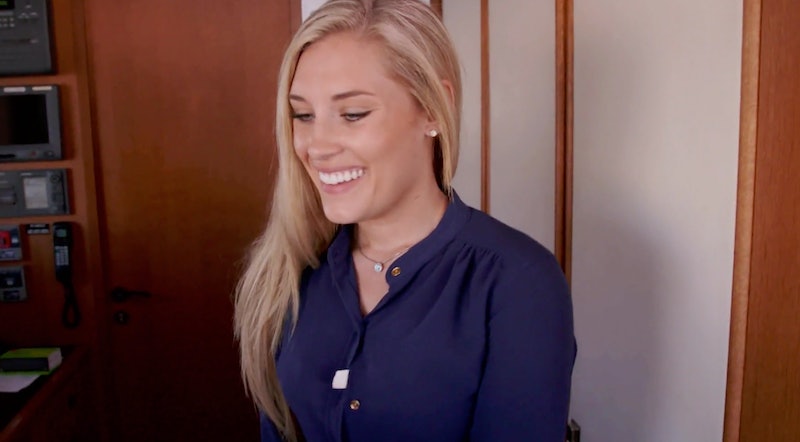 You have to love traveling to pick sailing around the world as your career. Fortunately that's exactly what June Foster's Instagram shows that the Below Deck Mediterranean star loves to do. Long before she started her yachting journey in January 2018, June has been galavanting around the globe. Her Instagram shows her travels dating back five years.

Many of her travels seem to be solo ones, which she's a big proponent of on Instagram. In a photo caption from a trip to Indonesia she wrote:

"If you’re waiting for someone to travel with you, you might be waiting a lifetime. Traveling solo with an open mind and open heart, while constantly seeking ways to help others along the way, is my favorite feeling in the world. 🌎🌍🌏In the inspiring words of @wenyoga, 'Allow everything that doesn’t serve you die away so there is space to receive new energy for you to receive a new body.'♥️

And even before she was brought in mid-season to help Captain Sandy on Below Deck, June was already traveling for work. She was picked up by the ship in Antibes, France, where she'd been working for four months. The resume that she gave Captain Sandy on the show revealed that she'd also been certified by the Superyacht Crew Academy in Australia and the Royal Yachting Association in the UK. Basically, she's as wordly as you can get on a show about travel.

So, if you are in need of some travel inspo, look no further than June's Instagram.

"Take only memories, leave only footprints," she captioned this quaint village photo.

She Traveled To Poland In 2016

The smile on her face shows just how much she loves to travel.

"I'd rather have a passport full of stamps than a house full of stuff," she captioned this photo.

She's Been To Italy Many Times

This is one of several IG photos from her many trips to Italy. She said in another photo that she's Italian, so it makes sense that she visits the country so often.

In 2018, She Was Spotted In The French Riviera

She Stopped By The UK For A Bit

A fun place to spend a summer vacation.

Her Yachting Life Has Also Been Captured On IG

"Yachts of fun," she captioned this shot from Monaco in 2018.

"Feeling extremely blessed for making memories around this amazing world," she captioned this photo.

Most Recently, She Was In The Bahamas

June certainly knows how to make the most of her life. She's been to more countries in just a few years than some people go to their whole lives. And now that it's literally her job to sail around the world, she's getting paid to do what she loves most.

As for what trip she has planned next? That's anyone's guess. June captioned one Instagram photo, "No map knows where [I'm] going," but that's what makes it an adventure, right?