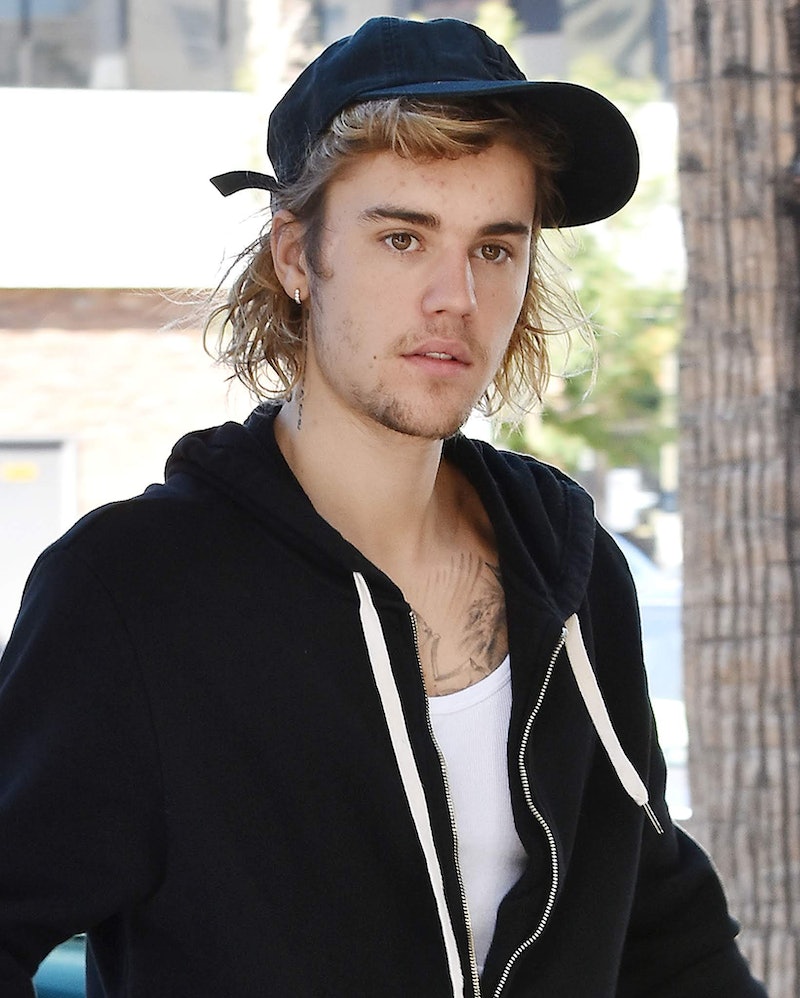 Standing up for what he beliebs in: Justin Bieber's tweet to Donald Trump addressed both the President's reported involvement in freeing A$AP Rocky from a Swedish jail, as well as the crisis at the United States' southern border. "I want my friend out.. I appreciate you trying to help him," the singer tweeted on July 19. "But while your at it @realDonaldTrump can you also let those kids out of cages?"

As of publication, Bieber's tweet had racked up more than 580,000 likes and 137,000 retweets from the Grammy winner's 106 million-plus Twitter followers. Prior to publicly posting his direct message to POTUS, Bieber first retweeted one of Trump's previous messages in which the President claimed he had just spoken to Kanye West about A$AP Rocky’s incarceration and planned to call "the very talented Prime Minister of Sweden." On July 10, Bieber also encouraged his social media fans to sign a change.org petition in support of his rapper friend's release.

A$AP Rocky has been detained in Sweden on a preliminary charge of assault since July 5, according to the New York Times, while prosecutors investigate a June 30 Stockholm brawl in which they allege the rapper was directly involved. Per The Times, a judge ruled on July 19 that authorities can hold A$AP Rocky for at least six more days on the grounds that he is a flight risk. A spokesman for the Swedish Prosecution Authority announced that another hearing is scheduled for July 25 to determine if the rapper will be jailed for any additional time.

Despite Trump's July 20 call to Swedish Prime Minister Stefan Löfven, it seems that A$AP Rocky is going to have to go through the motions of the country's judicial process. Confirming the 20-minute call took place, Lofven's spokesman Toni Eriksson told CNN that the Prime Minister "neither can nor will" try to influence A$AP Rocky's case.

"The Prime Minister made sure to point out that the Swedish judicial system, prosecutors and courts, are completely independent," Eriksson, who described the call as "friendly and respectful," said, per CNN. "He also pointed out that everyone is equal before the law and that the government neither can nor will try to influence the judicial process."

In a post-call tweet, Trump claimed that their "teams agreed to speak again in the next 48 hours." According to Eriksson's statement to CNN, however, a followup call could be possible, but "right now there is not one scheduled or planned."

As for the kids in cages Bieber referenced, in mid-June, Customs and Border Protection released video of immigrant kids in a Texas detention facility. The footage appeared to show children — many separated from their parents — being held in what looked like cages. Per a subsequent Associated Press report, lawyers who visited a Texas border facility claimed that migrant children are being detained in "inhumane" conditions. As they described, the kids were reportedly given uncooked frozen food to eat, had gone weeks without being given the opportunity to bathe or change clothes, and had been denied medical attention. At least a dozen of the children that they'd met were reportedly ill with the flu.

Per Newsweek, the Trump administration defended its detention centers at the 9th Circuit Court in San Francisco on June 20. During the hearing, a Justice Department lawyer argued that denying migrant children soap and toothbrushes, and requiring them to sleep on concrete floors in cold and crowded rooms, still qualifies as "safe and sanitary" treatment, according to Newsweek's report.

Bieber, of course, joins a chorus of celebrity and activist voices protesting the treatment of migrants in U.S. detention facilities. Just weeks ago, Bieber's ex Selena Gomez addressed the border crisis and encouraged her fans to lend their support. As Gomez captioned impassioned June 29 Instagram post:

Weeks later, public figures continue to speak out against these conditions. And as more perceived injustices occur — such as A$AP Rocky's continued detainment — in the meantime, some, like Bieber, are doing their best to not let the detained migrant children's plight fade from people's consciousness, as a result.

More like this
Jameela Jamil Defends Sam Smith After Trolls Body-Shamed Them
By Jake Viswanath
Britney Spears Shared The Real Reason She Shut Down Her Instagram Account
By Brad Witter
Twitter Is In Awe Of Taylor Swift’s “Lavender Haze” Music Video
By Jake Viswanath
Harry Styles Just Split His Pants In Jennifer Aniston’s Face
By Sam Ramsden
Get Even More From Bustle — Sign Up For The Newsletter
From hair trends to relationship advice, our daily newsletter has everything you need to sound like a person who’s on TikTok, even if you aren’t.