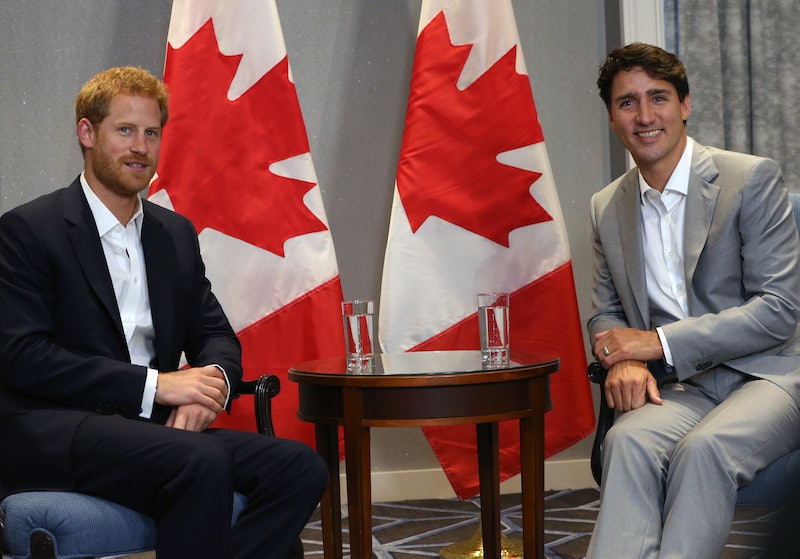 Following the statement issued by the Queen on Monday (Jan. 13), discussions on the circumstances of the Duke and Duchess of Sussex’s future plans outside the monarchy are still ongoing. And since the young couple will be splitting their time between Canada and the UK, Justin Trudeau has commented on Harry and Meghan’s plans and how the country will support them in their transition into a semi-royal life.

Speaking to the Global News Network yesterday, the Canadian Prime Minister highlighted that discussions are in the early stage, and certain issues need to be addressed. “There are still a lot of decisions to be taken by the Royal Family, by the Sussexes themselves as to what level of engagement they choose to have,” he explained. “We are obviously supportive of their reflections but [we] have responsibilities in that as well. We’re not entirely sure what the final decisions will be.”

Whatever these plans entail, Trudeau said Canada would welcome Meghan and Harry. "I think most Canadians are very supportive of having royals be here, but how that looks and what kind of costs are involved, there are still a lot of discussions to be had," he said. "There is a general feeling of appreciation for the Sussexes."

As the Queen said in a statement issued by Buckingham Palace, Harry and Meghan “have made clear that they do not want to be reliant on public funds,” but, as stated on their own royal site, security and travel expenses are paid for by The Sovereign Grant. This is “the annual funding mechanism of the monarchy that covers the work of the Royal Family,” Sussex Royal reads, in which “The Queen surrenders the revenue of the Crown Estate and in return, a portion of these public funds are granted to The Sovereign/The Queen for official expenditure.”

According to Sky News, costs for security are estimated to be £1m a year, “especially if they’re shuttling between the UK and North America,” Sky’s royal correspondent Rhiannon Mills said. But as stated on Sussex Royal, breakdown of security costs is not available “as a disclosure of such information could compromise the integrity” of security arrangements put in place.

Regardless, Harry and Meghan have made their intentions clear, and Trudeau is backing their decision.