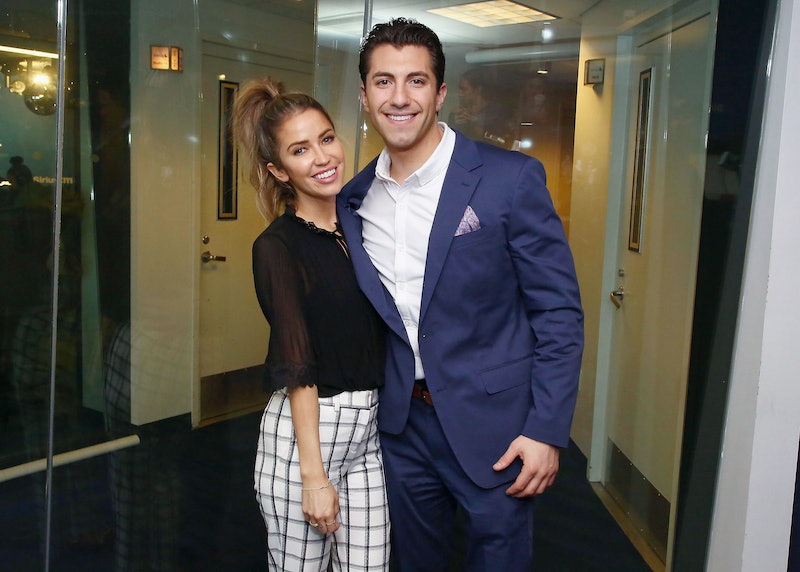 While quarantining together has only made their relationship stronger, Kaitlyn Bristowe and Jason Tartick won't get engaged in quarantine — at least not if she can help it. In a new interview with Us Weekly, Kaitlyn revealed that she definitely sees marriage to Jason in her future, but she wants the moment he pops the question to be a romantic one. And her potential future hubby getting down on one sweat-panted knee isn't part of the plan.

Kaitlyn shared that she and Jason have been handling quarantining together well, and they're definitely on the road to an engagement. Still, the former Bachelorette wants to wait until they can travel beyond their house before they take the next step in their relationship. "I told him I don’t want to [have a] quarantine engagement," she said. "[I want] a little more romance than just at the house."

Still, the Bachelor Nation couple's relationship is moving along nicely, with or without an engagement. Since the two first connected in October 2018, they've taken several major steps together, including moving in together and getting two dogs, Ramen and Pinot, that they've been successfully raising together. Or, as Kaitlyn put it, "We co-parent perfectly with the dogs."

And while she's putting off engagement plans for now, Kaitlyn has already given Jason instructions about the kind of ring she wants. In June 2019, she told Entertainment Tonight she wants a "simple band with a fatty rock" that's any shape aside from teardrop. "I just want something that can make my hands a little cuter," she joked.

Until the coronavirus pandemic ends, Kaitlyn is content on continuing to bond with Jason and work on new projects, like her upcoming YouTube show 9 to Wine. In the meantime, the Bachelorette alum is certain of one thing: she and Jason are on the right path. "[It's] the healthiest relationship I've ever been in and [an engagement] just feels like the natural next step," she told Us Weekly.

Even though Kaitlyn and Jason didn't actually meet during their time in Bachelor Nation, they're on track to become one of the franchise's best couples. Fans have to look no further than their social media accounts to see how beautifully Kaitlyn and Jason have been handling spending so much time together. As the Off the Vine podcast host shared with Us Weekly, she now knows "there’s no getting sick of that guy."

Despite their engagement being on hold for now, this is one Bachelor Nation couple that appears to be more than ready to walk down the aisle together. "I always say anyone who gets through this quarantine together, as a relationship, should get married," she said. Her motto definitely bodes well for her relationship with Jason, because so far, even a pandemic hasn't been able to shake their devotion to one another.