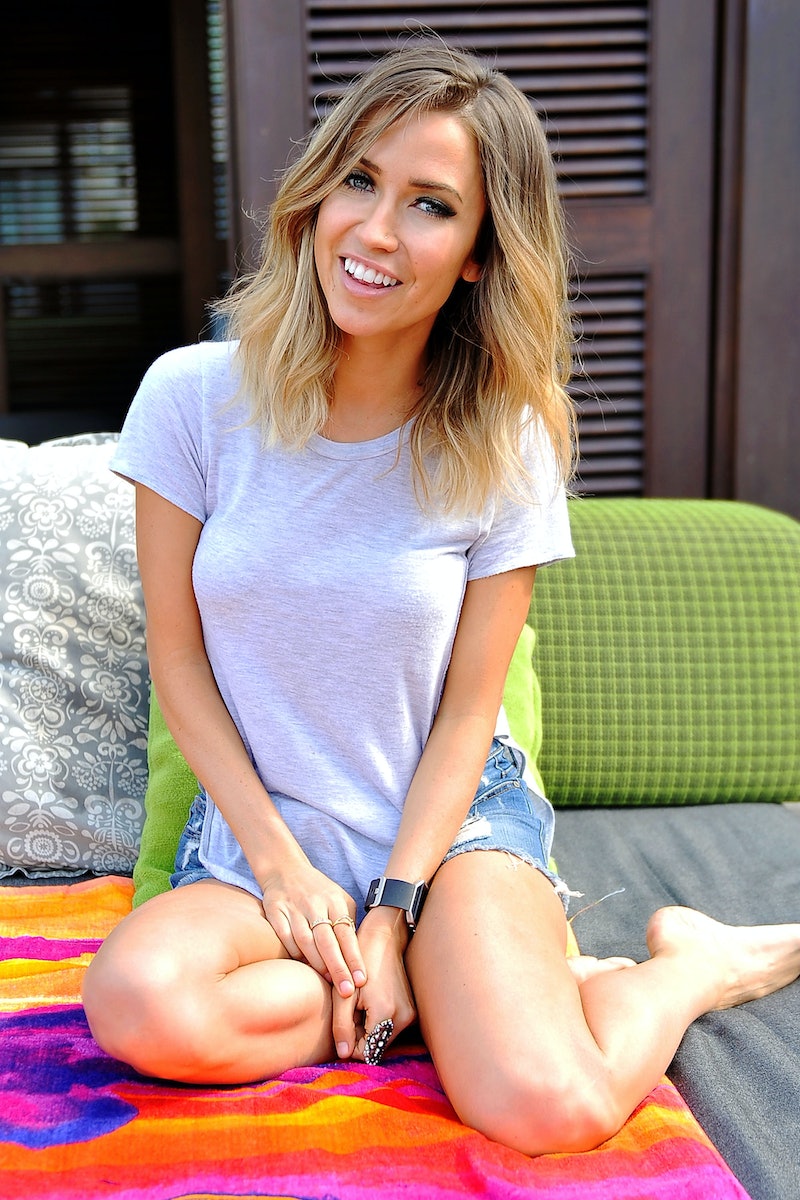 Fans may love all of the drama that comes with any given series within the Bachelor franchise, but in actuality it can cause a great deal of stress and anxiety for those involved. In fact, during a recent interview, Kaitlyn Bristowe revealed she struggled with depression on The Bachelorette back in 2015 during the filming of Season 11. The reveal comes shortly after the former Bachelorette opened up about her past substance use disorder.

Kaitlyn was already familiar with the signs of depression, having struggled with it for most of her 20s, and found herself once again fighting against waves of anxiety as the filming of her season got underway. “I didn’t get anywhere near where I was in that really dark time, but I definitely struggled with depression during the show and while I was facing all that scrutiny,” she told Us Weekly in a new interview. This "scrutiny" is most likely a reference to how Kaitlyn was slut-shamed for having sex with contestant Nick Viall — something that Nick himself shamed her about on After the Final Rose when she chose Shawn Booth over him. Having such personal aspects of her life ridiculed in the public eye ultimately led to a dark place.

Years later, when she and Shawn parted ways in 2018, Kaitlyn said she could feel her depression coming back, but was better equipped to deal with it in a healthy way. “I saw myself going down that same path, but I had the tools and the self-respect and everything to know that I was OK and it was just an easier transition for me because I was confident in where I was at as a person,” Kaitlyn continued.

However, what she faced on The Bachelorette was nothing compared to the darkness that consumed her before the show. While speaking about that time in her life on her new YouTube series 9 to Wine, Kaitlyn admitted that she had developed a valium addiction, which resulted in her weighing only 93 pounds.

“I remember being so dizzy and just being, like, ‘It would be so easy to just have another one and, you know, go to sleep but not feel this anymore,'” Bristowe recalled to Us Weekly about her addiction. “But... that’s not who I am. I don’t want to live my life like that and it had been long enough and I was just so done with feeling numb because Kaitlyn Bristowe loves to feel her feelings.”

These days Kaitlyn is currently in a serious relationship with former Bachelorette contestant Jason Tartick, whom she has been dating since January 2019. The two of them have become a tried and true Bachelor power couple and will even be serving as guest judges during The Bachelor: Listen To Your Heart finale this week. So while Kaitlyn's Bachelor experience got off to a rocky start, it ultimately seemed to help lead her to the happily ever after she so deserves.

More like this
Kaitlyn Bristowe Said Chris Harrison Ignored Her After Her 'Bachelorette' Hosting Gig
By Grace Wehniainen
'Bachelorette' Vet Clare Crawley Revealed Her Stunning Wedding Photos
By Stephanie Topacio Long
'Bachelorette' Vet Clare Crawley Unveiled 2 Special Wedding Day Accessories
By Stephanie Topacio Long
Hannah Ann Got Engaged 3 Years After 'The Bachelor' & The Proposal Was Dreamy
By Grace Wehniainen
Get Even More From Bustle — Sign Up For The Newsletter
From hair trends to relationship advice, our daily newsletter has everything you need to sound like a person who’s on TikTok, even if you aren’t.