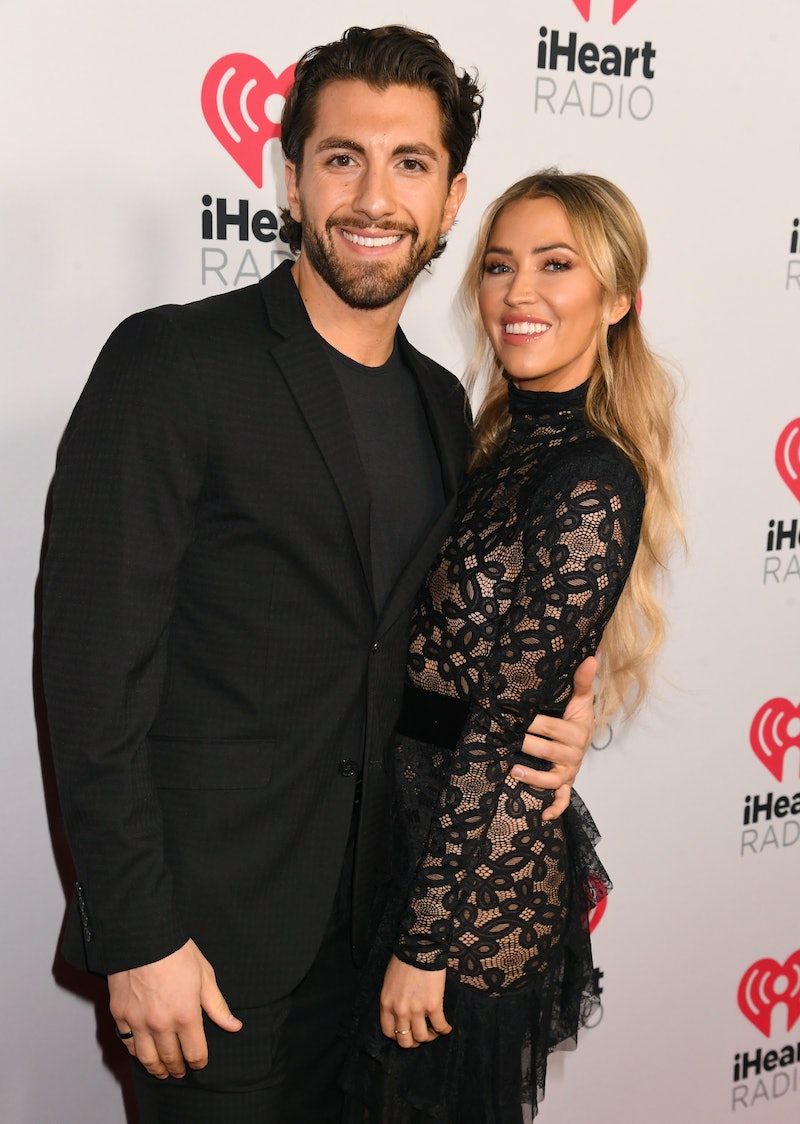 Peter Weber may have had to confront all of his exes during the Women Tell All special on Monday, March 2, but in Nashville, Tennessee, residents were forced to face something much more treacherous: a severe tornado warning. In fact, former Bachelorette Kaitlyn Bristowe shared updates on the Nashville tornado through a series of Instagram Stories, detailing the scary weather conditions and what she was doing to help stay safe during the storm. Hint: It involved a snuggle and singing session with her boyfriend Jason Tartick and their adorable pups.

Throughout the stories, Kaitlyn is shown hunkering down in a bathtub, worried about the impending weather, while Jason is unsure of exactly what to do in this type of emergency situation. Kaitlyn admits to being scared in the video, though her own fears soon get pushed aside in order to comfort their canine companions, who appear to become a little shaken by the storm. Their solution? While Jason rocked one of the dogs back and forth in his arms, Kaitlyn proceeded to soothingly sing the song "Kumbaya" to all of them in the hopes of calming their nerves.

The process appeared to work since the dogs seemed to be handling the situation as best as can be expected thanks to the extra TLC both Kaitlyn and Jason provided.

Seeing the aftermath of the storm, though, proved to be much less comical. Kaitlyn later shared footage of some of the damage caused by the tornado, which included a tree crashing down on a parked car. In a video shared to her stories, Kaitlyn admitted that while she usually tries to laugh her way through the various tornado warnings she's experienced in the past, since they usually never amounted to anything major, this was an exception and left her praying for the safety of everyone else in the area.

Jason posted an update about the ordeal on his own Instagram account, explaining that they were out at a bar with friends when they heard the sirens and "rushed home and spent several hours locked in the first floor bathroom." He confirmed that they were safe and sound, but offered his own thoughts and prayers for those impacted by the storm.

Bachelor in Paradise alum Tia Booth was also in the Nashville area at the time of the tornado. She posted various updates on her own Instagram Stories. "Marlo started freaking out about 30 mins ago — shaking and on top of me," she wrote about her dog. "Then I get a notification that there's a tornado warning with lightning like crazy out." She updated fans in a subsequent post hours later, noting that she was safe, but asking fans to, "Say a little prayer for the areas of Nashville affected!"

Countless other celebrities have since taken to Twitter to react to the tornado news, including Reese Witherspoon, who grew up in Nashville; Ryan Seacrest; Ellen DeGeneres; and Carrie Underwood.