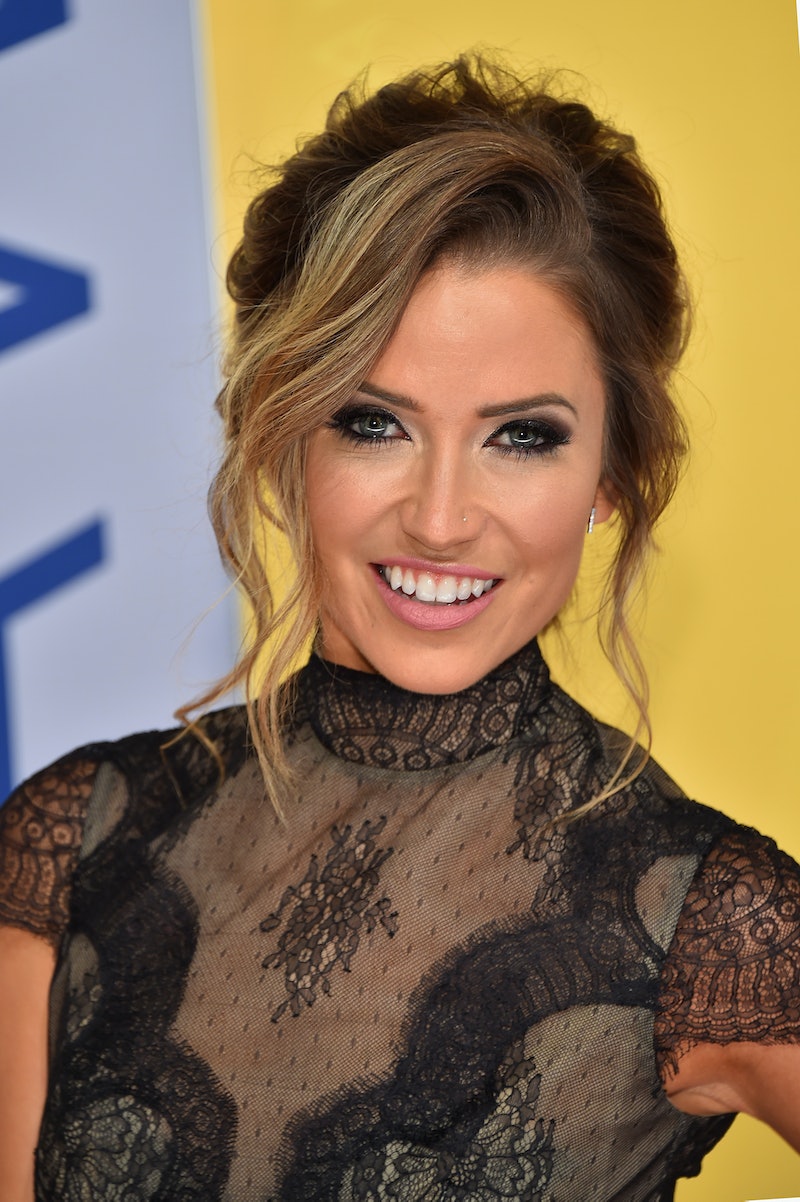 One Bachelor alum seems to be in need of a little puppy love. As Us Weekly noted, Kaitlyn Bristowe posed with Shawn Booth's dog, Tucker, recently and it's sure to make fans emotional about the reality TV couple's break-up all over again.

On late Thursday, Nov. 15, Kaitlyn took to Instagram to share a throwback snap of her and Tucker. She captioned a selfie of the two of them with a simple black heart emoji. Since she's currently in her native Canada, it's clear that she's missing the pup she once shared with her Nashville-based ex-boyfriend, Shawn Booth.

Some of Kaitlyn's fellow Bachelor alums took to the comments of her post to share some sweet messages in light of the snap. Ashley Iaconetti commented with, "My heart," alongside a broken heart emoji. Olivia Caridi also shared some heart emojis in response to Kaitlyn's post. Many others also shared their well wishes with the reality star, with one user sweetly saying, "Just remember that Doodle will love you with his whole beautiful heart for the rest of time." Um, I'm not crying, there's just something in my eye...

The former Bachelorette's emotional post comes shortly after it was reported that Kaitlyn and Shawn had split and broken off their engagement after three years together.

The couple previously announced that they had broken up via a joint statement they gave People on Nov. 2. They told the publication:

While Kaitlyn hasn't commented directly on the split (aside from this joint statement), Shawn has released another direct message to his followers on Instagram in which he thanked his fans for their support. On Nov. 12, he posted a photo of him and Kaitlyn from 2015, taken the day after the Bachelorette finale aired, and wrote:

There's no doubt that the news of Kaitlyn and Shawn's split caused many hearts to break among the most ardent members of Bachelor Nation. And, obviously, based on her recent Instagram post, the reality TV contestant is also a little heartbroken over being away from the furry companion she shared with her ex.