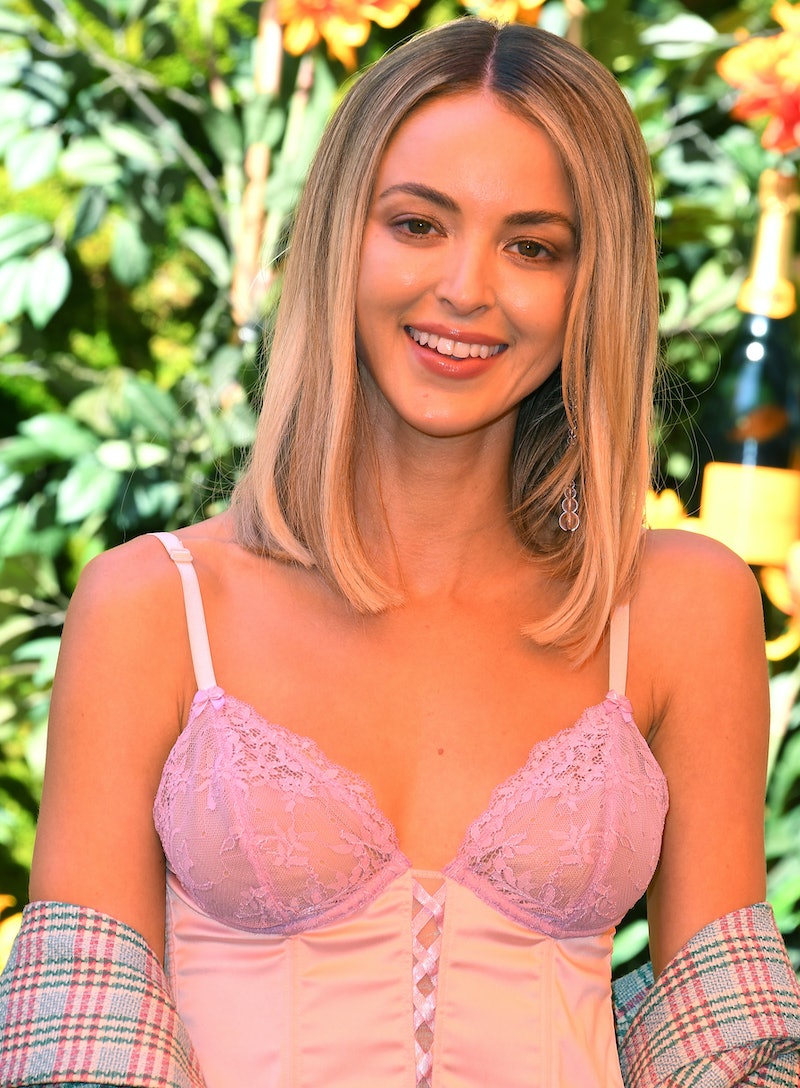 From the outside, Kaitlynn Carter and Miley Cyrus appeared to have a whirlwind romance, but Carter opened up her relationship with Cyrus in a new essay for Elle, clarifying it was more than the "summer fling" the internet made it out to be. In August, Carter split from husband Brody Jenner, and shortly after, she went on a girls' trip through Europe with Cyrus, who had just announced her separation from Liam Hemsworth after eight months of marriage. During their vacation, Cyrus and Carter were spotted kissing by paparazzi and dating rumors soon followed.

In her essay published on Monday, Carter discussed falling for Cyrus on that vacation and how easily it happened, writing, "I didn’t have to think about a thing or overanalyze. It just happened and it felt exactly right." During their three years of friendship, Carter said she felt attracted to the singer in a way that was different than how she felt about her other friends, but never thought to start a romantic relationship until their trip together. "Recently I’ve found myself wondering why and how my brain had been programmed to ignore an attraction that in retrospect seems so evident to me," she reflected.

In late September, Cyrus and Carter broke up after six weeks together, but the two reportedly remain close friends, according to People. In early October, Cyrus began dating fellow singer Cody Simpson, and the new couple has continued to show plenty of PDA on Instagram, ranging from kissing in their coordinated Halloween costumes to slow-dancing in a living room.

Despite Cyrus moving on to a new relationship, Carter doesn't show resentment towards the singer; instead, she's grateful for their relationship, which brought her "a new level of self-discovery." She explained how her concept of sexuality has evolved, while also making clear she doesn't feel a need to label herself: "I believe it was all just a matter of chemistry that had nothing to do with gender. I still don’t feel like I’m in a place to label my sexuality one way or another, but I’m okay with that. It’s something I’m still exploring and figuring out." (As for Cyrus, she recently sparked backlash for implying being gay is a choice in an Instagram Live video, but later clarified her comments on Twitter, writing, "It has always been my priority to protect the LGBTQ community I am a part of.")

Carter rejected the media's perception of the romance as a "same-sex affair" or "summer fling," insisting her relationship with Cyrus was more meaningful. "For the first time, I listened to myself, forgot about the 'norm', and lived," she wrote. "I hope that everyone, when given the chance, takes the time to understand who exactly their most authentic selves are, untethered from what we may have been taught to believe." While the couple's romantic relationship may have been short-lived, the experience clearly had a lasting impact on Carter.

More like this
5 Wild Theories About Miley Cyrus’ “Flowers” Music Video
By Jake Viswanath
All The Clues About Aly & Zach’s Relationship Status After 'The Bachelor'
By Brad Witter
Paris Hilton & Carter Reum’s Relationship Timeline Includes A 2023 Grammys Date Night
By Bustle Editors
Joey Essex Is Rumoured To Be Dating A 'Love Island' Favourite
By Sam Ramsden
Get Even More From Bustle — Sign Up For The Newsletter
From hair trends to relationship advice, our daily newsletter has everything you need to sound like a person who’s on TikTok, even if you aren’t.