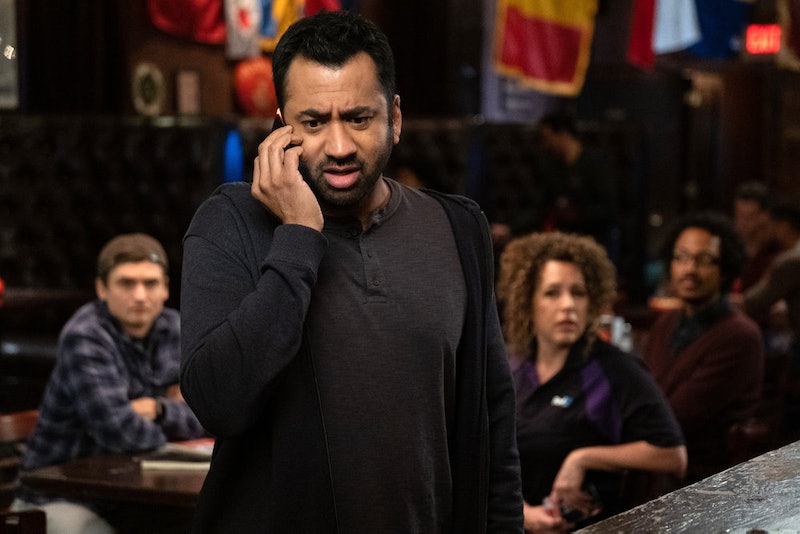 Kal Penn's new NBC sitcom Sunnyside deals with some of the biggest issues the country is currently facing in 2019, particularly immigration. The child of first-generation immigrants himself, Penn will play Garrett Modi, a former New York City councilman whose career is ruined by a major drugs scandal. As a result, he's forced to switch careers and teach civics to people trying to gain U.S. citizenship. However, while Garrett's storyline feels like it could be inspired by a real-life counterpart, Kal Penn's Sunnyside character Garret Modi isn't based on a real person.

While Penn is probably most recognizable as the star of Harold and Kumar Go To White Castle, he does have real-life political experience. He stepped away from Hollywood for two years to work for the Obama administration, and the experience gave him the opportunity to be part of "some of most memorable things that the president was working on," he told the New York Times. However, he wasn't interested in pushing a political agenda when he created Sunnysid e— he says he was more concerned about making people laugh.

"The show is definitely topical, but we are not a reaction to anything. I just want to make everyone laugh and comedy can be a vehicle for bringing people together," Penn explained in a recent interview with the Chicago Tribune. "I think that's something we all think is special and why we like to make people laugh."

Penn is also keen to dispel any misconceptions people might have as to whether Garrett Modi is based on his real life experience in any way. While he did give the character his real last name, that's basically where the similarities end. Instead, he wanted to ensure that Garrett is basically as far from who he is as a person as possible.

"I always like playing characters who are different from me. Kumar is way cooler than I’ll ever be. There are more comedic influences than real-life ones," he explained to the New York Times.

Penn initially came up with the idea for Sunnyside more than five years ago, after his manager asked him what kind project he'd work on if he could do anything at all. Originally conceived as a sitcom simply focused on a guy who teaches a civics class, showrunner Matt Murray eventually added in the element of Garrett being a disgraced city councilman. It's Garrett's struggles that will be the focus of the show rather than the political issues it features.

"It’s about a guy for whom everything came easy and when it is all taken away he has to reexamine his own life," Murray told the New York Daily News. Whatever your American experience, Penn hopes that there will be enough humor in Sunnyside to amuse viewers of all backgrounds.

"After Harold & Kumar Escape from Guantanamo Bay opened, a senior staffer for George Bush told me he thought the movie was hilarious,” Penn revealed to the Daily News. "That’s the kind of inclusive sense of humor we’re hoping to achieve with Sunnyside."