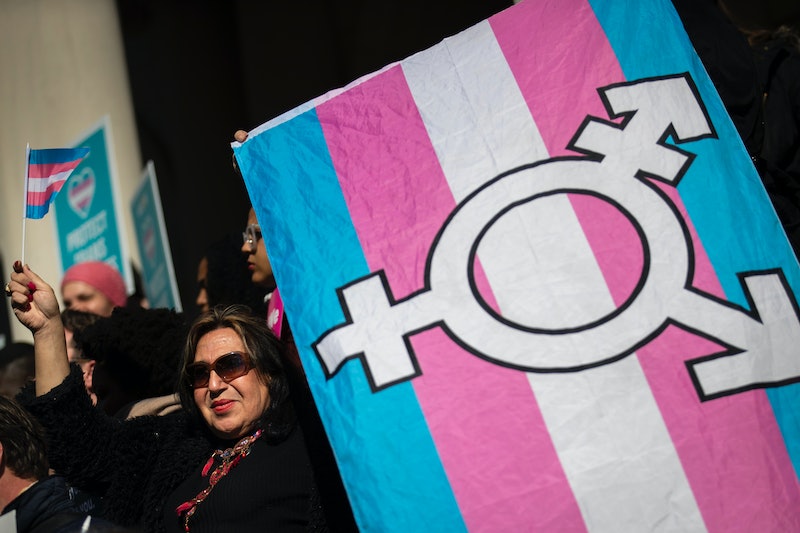 In another victory for Pride Month, Kansas' birth certificate policy for transgender people will now allow them to legally change their gender identity on their birth records, NBC News reported on Tuesday. In doing so, Kansas has become the 48th state in the United States that allows transgender individuals to legally reflect their gender identity on their birth certificates, according to The Wichita Eagle.

"It was time for Kansas to move past its outdated and discriminatory anti-transgender policy," Democratic Gov. Laura Kelly stated, according to NBC News. "This decision acknowledges that transgender people have the same rights as anyone else, including the right to easily obtain a birth certificate that reflects who they are."

The legal decision comes several months after four transgender people and the Kansas Statewide Transgender Education Project filed a lawsuit against the state's Department For Health and Environment (which issues birth certificates) in October, The Washington Post reported. The plaintiffs argued that the former state policy — which prohibited gender changes on birth records — violated the equal protection clause in the U.S. Constitution.

On Friday, according to NBC News, the United States District Judge Daniel Crabtree issued the decision. Under his decision, transgender Kansas residents can change their gender on their birth certificate under a consent judgment. To do so, residents will have to submit a sworn statement of their gender identity along with an updated driver's license or passport. Additionally, people would have to provide an affidavit from a physician or mental health expert testifying to their gender identity, according The Wichita Eagle.

The director of the LGBTQ advocacy group called Equality Kansas, Tom Witt, told The Wichita Eagle that Crabtree's decision left him thrilled for transgender rights in the state. The Equality Kansas director told the publication that the inability to authentically reflect their gender identity left transgender people vulnerable to discrimination and isolation.

"There are no protections from discrimination for transgender people in Kansas," Witt told the outlet. "Yet every trans person has had to out themselves as being trans in every job interview because they’ve had to provide birth certificates that don’t reflect who they are."

The plaintiffs in the lawsuit have expressed joy at the decision, according to Lambda Legal, which is an LGBTQ civil rights organization. Nyla Foster, one of the plaintiffs, stated, "I’m glad to see the state of Kansas has agreed to recognize us for who we are. It should have not taken a lawsuit to reach that conclusion. This judgment makes me feel safer and like my state finally recognizes me and respects me as a woman."

"I am proud that transgender Kansans like me will no longer be forced into dangerous situations because their identity documents do not match who they are," she added.