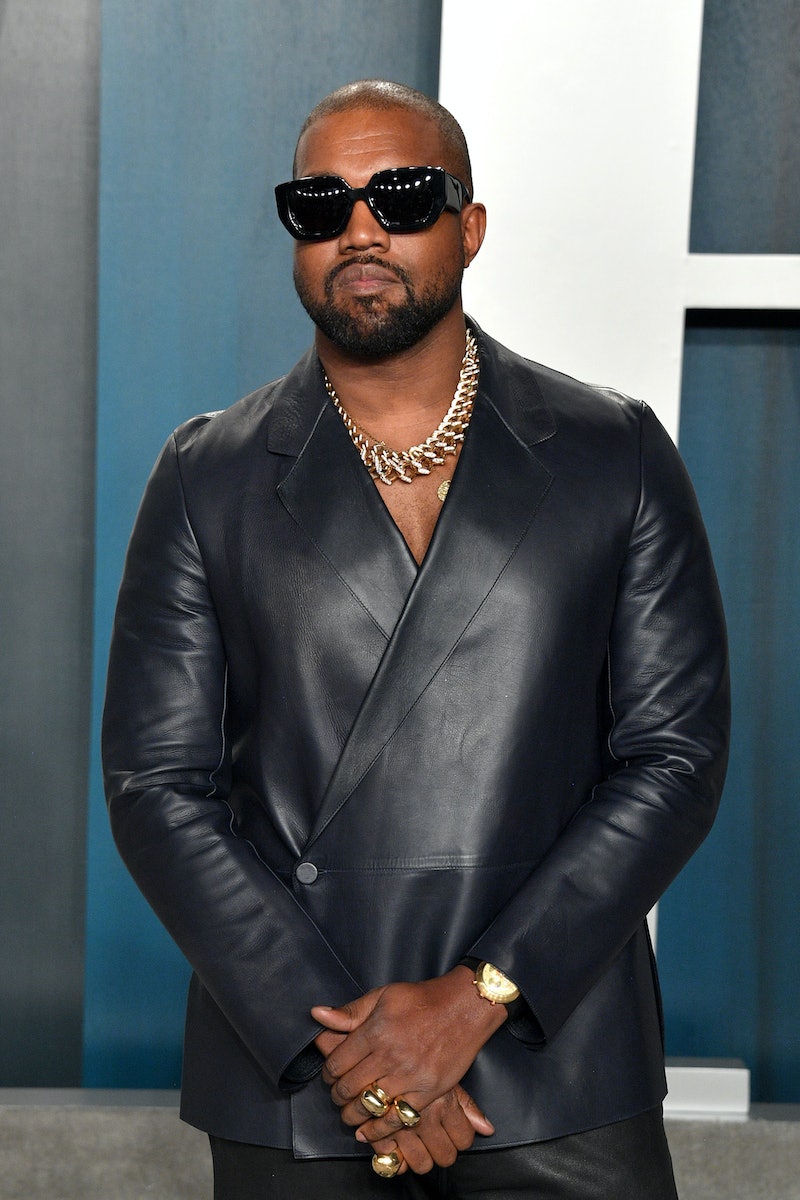 Yeezy wants to be in the room where it happens. Kanye West announced he's running for president in 2020, tweeting out the news on July 4. We must now realize the promise of America by trusting God, unifying our vision and building our future," he wrote. "I am running for president of the United States! #2020VISION." Bustle reached out for a representative for West, as well as representatives for his wife Kim Kardashian, for comment, but did not receive any immediate responses.

West may have launched his campaign just this afternoon, but he already has one famous supporter: Elon Musk. The Tesla giant responded to the rapper's tweet minutes after it was posted, writing, "You have my full support!" Musk aside, the announcement has taken many by surprise. After all, West is busy running fashion and music empires. He just announced a partnership line with GAP to come in 2021 and released a new song with Travis Scott, "Wash Us In The Blood." It's also somewhat shocking given his vocal support of Donald Trump, who is currently running for re-election. In fact, just a few months ago, West implied that he would be voting for Trump in 2020, saying in an interview with GQ that he would be voting in the upcoming election, adding, "And we know who I'm voting on."

Of course, West has frequently teased a potential run for president. Most recently, in November of 2019, he floated the idea of running in 2024. Speaking at Fast Company's Innovation Festival, via the AP, he told the crowd of building his Yeezy brand, "When I run for president in 2024, we would've created so many jobs that I'm not going to run, I'm going to walk."

Granted, as fans have learned over the years, it's good to take any major announcement from Kanye West with a grain of salt. And fans are doing just that by turning West's supposed presidential bid into a meme — covering everything from the current apocalypse to the rapper's own music videos.

More like this
Everything You Need To Know About Kanye's Post-Kardashian Dating Life
By Bustle Editors
The 12 Most Controversial & Unexpected Grammy Moments Ever
By Jake Viswanath
Taylor Lautner Thought Taylor Swift's 2009 VMAs Interruption Was A "Skit"
By Alyssa Lapid
North West Will Make Her Acting Debut Alongside Mom Kim Kardashian
By Radhika Menon
Get Even More From Bustle — Sign Up For The Newsletter
From hair trends to relationship advice, our daily newsletter has everything you need to sound like a person who’s on TikTok, even if you aren’t.