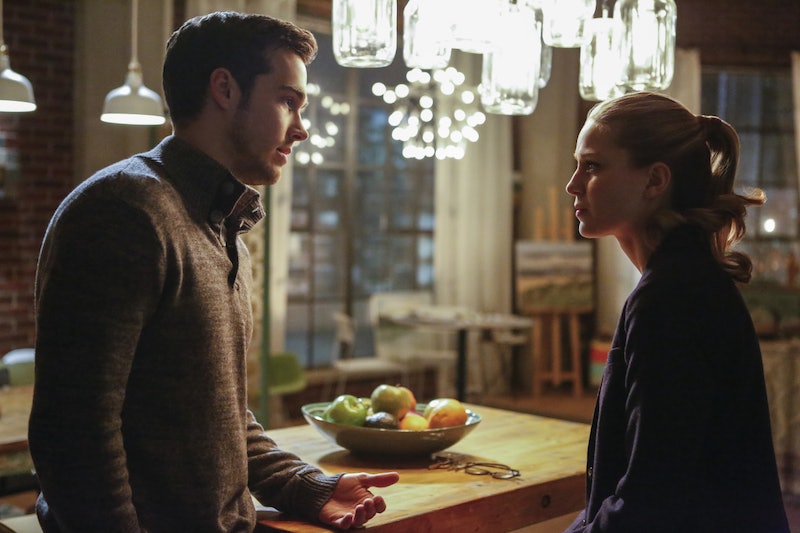 A quick perusal of the internet might tell that a lot of Supergirl fans aren't that fond of Mon-El — but I am not one of them, and neither is Kara. Though last week's confession ended badly, Kara may have feelings for Mon-El on Supergirl. Unfortunately, by the end of the episode, the Daxamite was spotted already trying to move on with one of her CatCo-workers. At least he didn't leave like M'Gann.

Over two seasons of Supergirl, Kara has ultimately rejected most of her love interests. Even her relationship with James, who she danced around and was clearly attracted to, fizzled almost immediately. Despite the feelings she may have, Kara told Mon-El that she didn't reciprocate his. Through a few Danvers sister debriefs, one not with the real Alex but never mind, Kara got to the bottom of her hesitation. All of her relationships fizzle, and she doesn't want to get hurt or hurt someone else again. Plus, Kara has some hefty abandonment issues from that time her parents put her in a single pod and set the course for Earth.

It's a trope that I don't love with superheroes generally. Being in a relationship means being a team, and every superhero ultimately learns that you can't fight every fight alone. Plus, the fact that bad guys target your loved ones doesn't mean that you should cut yourself off from having loved ones in the first place. That's not healthy either!

However, I really like that Supergirl is exploring this with a female hero. It's a rare thing to explore that kind of insecurity from a woman's point of view, especially when that woman is perceived as confident and powerful by the world. While I love 'shipping Kara with everyone from Winn to James, Mon-El, and Lena Luthor, this is a more interesting story to tell with her character. Not everyone effortlessly falls into relationships, or wants to, or has the emotional privilege to choose their way out of a love triangle. For such an old hero trope, Supergirl really is setting itself apart.

That said, I do hope that Mon-El and Kara ultimately allow themselves to explore those feelings they have for each other. Why not! It can't hurt to try, and they're pretty cute together even if it not an endgame situation.