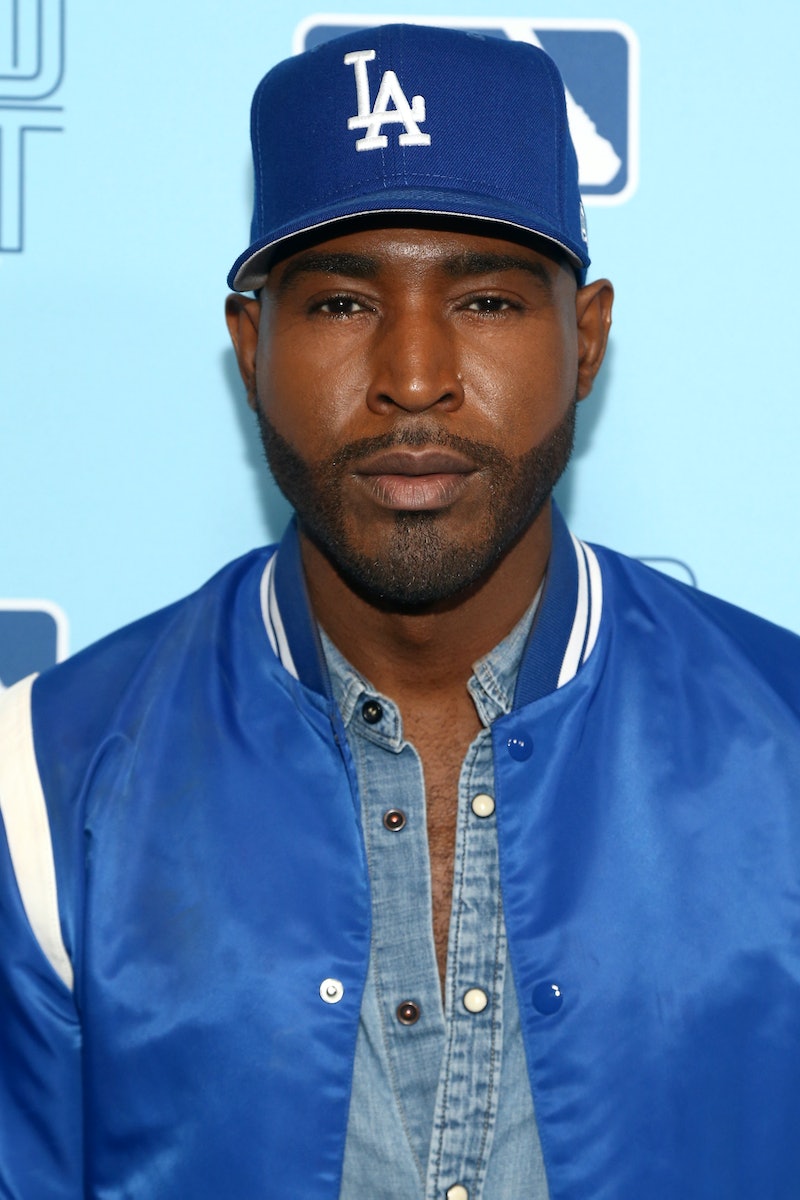 Queer Eye star Karamo Brown continues to get himself into hot water. Most recently, as BuzzFeed noted, Karamo Brown deleted his Twitter after defending Sean Spicer, former White House Press Secretary and his fellow Dancing with the Stars competitor. But, one of his Queer Eye co-stars did voice their support for Brown amidst this messy situation. (Bustle reached out to Brown's rep regarding his Twitter activity, but has not yet heard back.)

On Thursday night, Aug. 22, hours after he took to the social media site to defend his position and days after he originally defended the decision to share the DWTS stage with Spicer, Brown reportedly deactivated his Twitter account. Before he did so, he did release a statement on the social media website that seemingly acknowledged the wave of criticism against him, as he wrote (according to BuzzFeed), "I’m reminded of it daily as a gay man of color. I know that representation matters – that it can affect change. I see you & I hear you. I’m bringing my personal message of love, equity & inclusion to the dance floor. I want it to eclipse & triumph over divisiveness & hatred."

Prior to his recent Twitter activity, Brown came under fire for defending ABC's decision to cast Spicer, who repeatedly lied to the American public on multiple occasions as the Press Secretary for President Donald Trump, on the upcoming season of DWTS. In a since deleted response to a Twitter user who said that they were "disappointed" in the culture expert for being involved in the now-politically charged season of the ABC series, he tweeted, "First, I have no say who is on the cast and didn’t find out till this morning that he is on! But I’ll tell you this... I’m excited to sit down w/ him and engage in a respectful conversations. Only way things get better is if we try to educate those who have different POV than us."

There were plenty of fans who weren't exactly pleased with Brown's response, especially ater he gave an interview with Access Hollywood calling Spicer "a nice guy." The backlash to that particular interview was so intense, one of his Queer Eye co-stars took to Twitter to defend him. Per BuzzFeed, Bobby Berk called out ABC in a since-deleted Twitter thread, not only for casting Spicer in the first place, but also for putting the other cast members in a position to have to comment on his casting. He wrote in part, "As if being on @DancingABC with the stars wasn't already one of the most grueling things anyone can put themselves through, celebs now have to deal with the producers & casting political land mines to blow you up."

In addition to Brown and Berk, both Spicer and a rep for DWTS have addressed the matter of the former press secretary's casting. Spicer responded to host Tom Bergeron's strong response (in which the DWTS host noted that he had wished the show to be a "respite from our exhausting political climate") and the myriad of criticisms that he's received from the public on Thursday. He told The Hollywood Reporter:

"I hope it will be a politics-free zone. My hope is that at the end of the season, Tom looks back on this and realizes what a great example it was of being able to bring people of really diverse backgrounds together to have fun with each other, engage in a real civil and respectful way, and maybe show millions of Americans how we can get back to that kind of interaction."

As for DWTS, executive producer Andrew Llinares told Bustle in a statement simply, "We’ve got a great and diverse cast. We are excited about the season."

While the newest season of DWTS has yet to even premiere, there has certainly been plenty of drama already surrounding Season 28 of the ABC staple thanks, in large part, to its "diverse cast." One can only imagine what will happen when the new season finally begins.