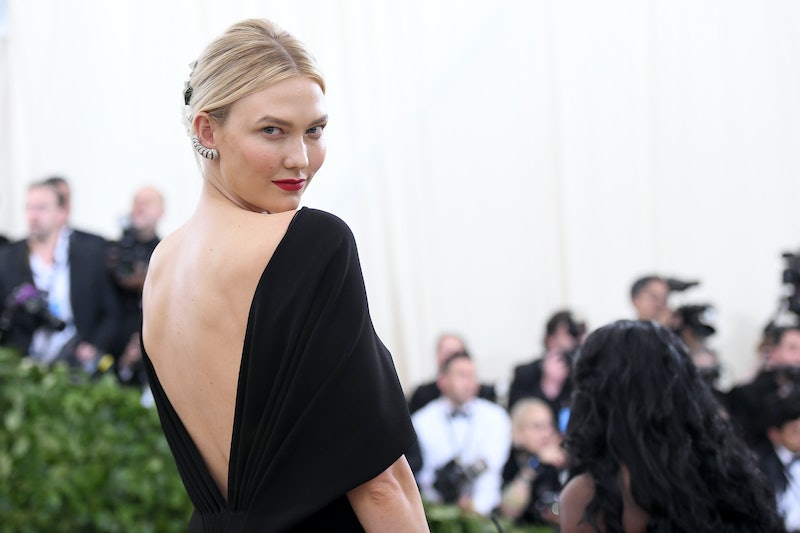 Even though they've mostly kept their romance under wraps, Karlie Kloss and Josh Kushner's relationship timeline just goes to show that they've long-been life partners. The couple first got together back in 2012, and on July 24, Kloss announced her engagement to Kushner in a super sweet Instagram post.

"I love you more than I have words to express," the 25-year-old model and entrepreneur captioned the photo. "Josh, you’re my best friend and my soulmate. I can’t wait for forever together. Yes a million times over."

Kushner, 33, reportedly "proposed a few weeks ago during a romantic weekend together in upstate New York," according to a source for People, but it's no surprise that they decided to wait a while before putting the news on blast. The notoriously private couple rarely hit the red carpet together while they were dating, and never really spoke about their relationship to the media, either.

Kushner was one of Instagram's earliest investors, so it totally makes sense that he and Kloss would end up sharing their engagement news on that very platform. Instagram is also one of the few places where you can catch a brief glimpse into their long-term romance, over the course of which they've done a whole lot of loved-up globe-trotting.

In honor of the super successful soon-to-be husband and wife, let's take a look back at where and how it all began. Spoiler alert: They were totally made for each other.