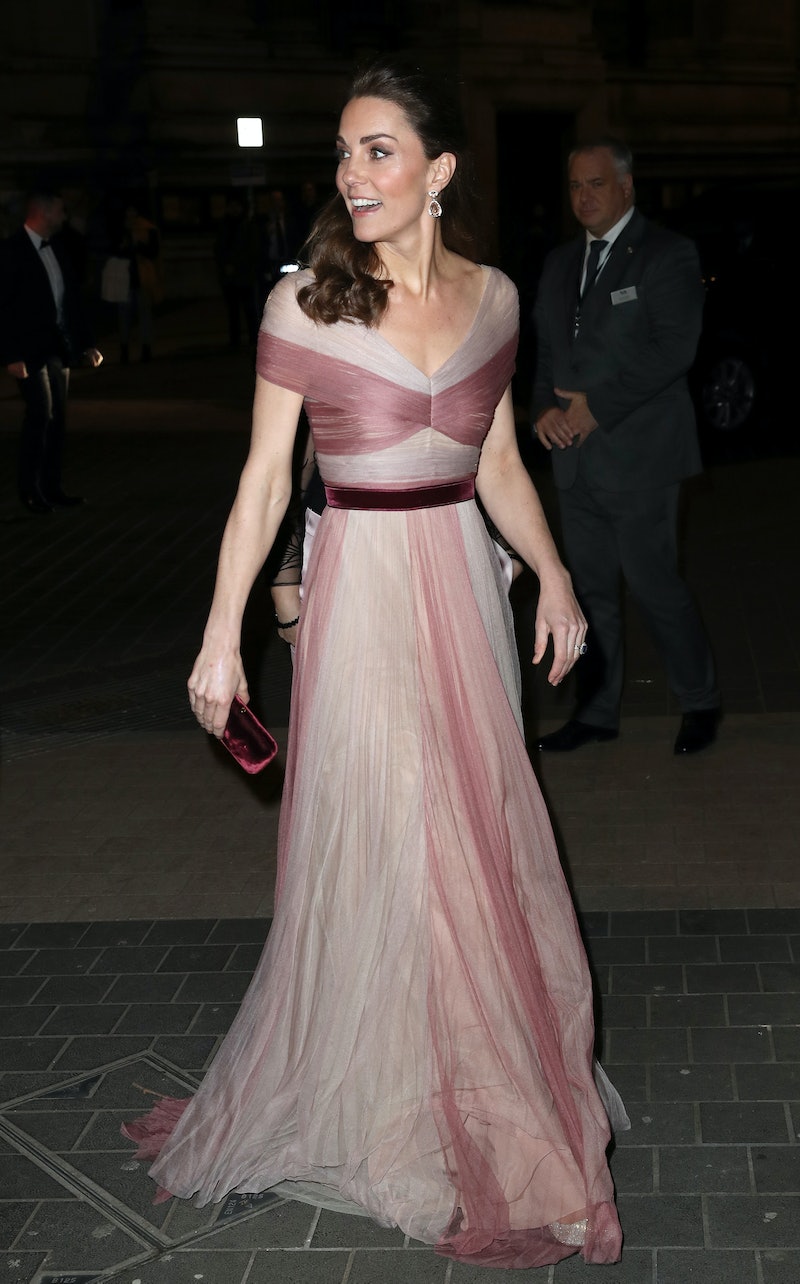 There is no argument that Kate Middleton is a style icon and that anything that she wears from high fashion stores sells out immediately. But her designer wardrobe is a little inaccessible — the average person can't buy an Alexander McQueen dress on a whim. But Meghan Markle's Gucci dress now has a dupe, and it costs less than $100.

The iconic Gucci dress in question is the Sleeping Beauty inspired pink gown that the Duchess of Cambridge wore to Victoria and Albert Museum's 100 Women in Finance Gala Dinner in London, which helps raise money for mental health initiatives in schools. Middleton donned the dress back in Feb. 2019, but it instantly made waves in the fashion community.

The Gucci frock was a soft pink piece with organza off-the-shoulder sleeves, and different shades of pink and white entwining together to create a gown fit for a Disney princess. The gown was cinched at the waist with a maroon velvet belt, which matched perfectly her maroon velvet Prada clutch.

Twitter was quick to compare Middleton's outfit to Princess Aurora's iconic dress, which lent a touch of magic to the entire look. But seeing how Gucci was the designer behind the rose-tinted gala gown, the frock cost thousands of dollars.

But now there is a dupe that costs just $98, meaning it's at a much more affordable price range. The royal fashion Instagram account, @Regal_Replikate, was the first to spot the dupe.

The more affordable version of the designer dress is called the "Chi Chi London Steffny Colour Block Dress," (available in sizes 8 to 16) and it's available at John Lewis & Partners. It comes in a "mink" shade.

"This dress has a similar silhouette and colour scheme, and swapping the pink ribbon for a burgundy one would make it look even closer to the original," Regal Replikate shared in its post.

The London Steffny version isn't as detailed as the original Gucci dress, but it looks remarkably similar. Rather than weaving rose and white colors together at the bodice, the $98 version only has a rose colored top. The skirt also is a uniform pink color, without the white paneling that Middleton's dress had.

But as far as similarities go, it's still in the same color scheme, the dress also has an off-the-shoulder neckline that mimics Princess Aurora's gown, and it even has the pleated texture that Middleton's dress did.

All in all, it's a great wedding guest dress that costs less than $100.

This isn't the first time that Middleton mimicked a Disney princess while on the red carpet. In 2017, the duchess took cues from Elsa from Frozen and had an evening dress fit for a snow queen. She donned her crystal-embellished gown to the Royal Variety Performance in London.

A year later, at a banquet dinner at Buckingham Palace in 2018, Middleton wore a Cinderella-inspired gown that made her look ready for a ball.

While those gowns don't have dupes, you can get Middleton's Gucci dress for a budget-friendly price. Channel your inner Duchess all wedding season long.