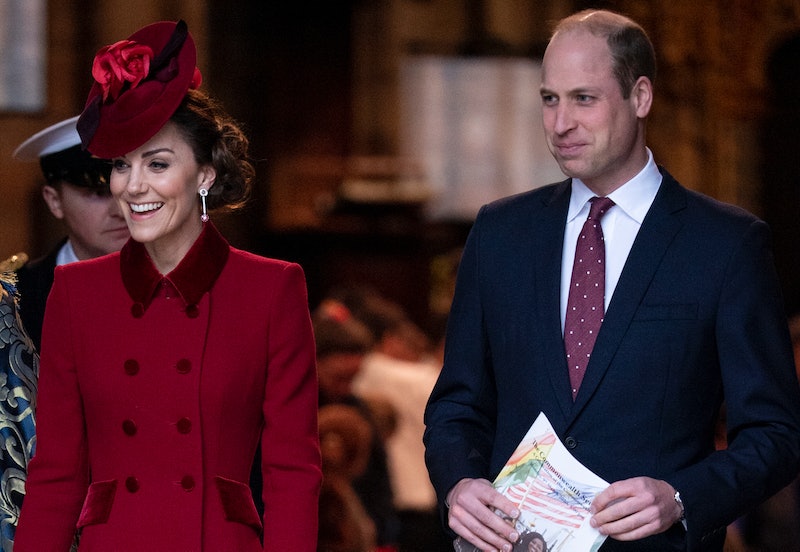 Mother's Day celebrations may not have gone exactly as planned thanks to coronavirus, but it's expressing the love and gratitude that matters most. One highlight came from the Duke and Duchess of Cambridge, who posted a few snaps of the important women in their lives, as well a Mother's Day card Prince George made for Kate Middleton. "To mothers new and old and families spending today together and apart — we are thinking of you all at this difficult time. Happy Mother's Day," the caption reads on their Instagram post.

The card features a yellow vase adorned with a big red heart, which is sat on a patchwork tablecloth. It looks like George had a blast with the chalk and tissue paper, the latter being used for the red flowers. The adorable card is among the four photos the Cambridge's posted, including one of Kate and William giving their kids piggybacks, one of William and Harry with Princess Diana, and another with Kate's mum Carol holding her as a baby.

William and Kate weren't the only ones sharing their Mother's Day celebrations in the royal family, as Prince Charles also paid tribute to The Queen via his and Camilla's Instagram, @clarencehouse. "Wishing everyone a Happy Mother's Day, particularly in a year when families may not be able to be together," the caption reads. The photo captures a moment between the Queen and Charles playing in the Clarence House garden, three years before her coronation.

Harry and Meghan also marked the special day with a positive message thanking mums in the UK and across the world. "No matter what you call your mum, this Mother's Day in the UK, we honour the mums all over the world who do so much every single day, and now more than ever," the caption reads. "Thank you."