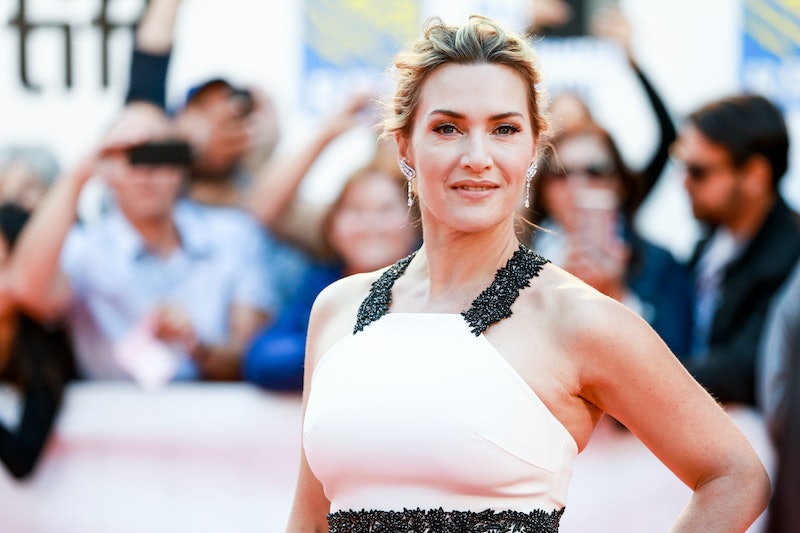 Kate Winslet's long been recognised as one of the world's leading movie stars, but she appears to have a soft spot for TV too. It's time to get excited, as it's just been reported that Kate Winslet will return to TV in Mare of Easttown, an upcoming HBO limited series. This will be the first time Winslet has appeared on TV since 2011.

Winslet had a pretty good experience the last time she appeared on a HBO series. That was over eight years ago, according to Digital Spy, when she starred in Mildred Pierce, the mini series based on the John M. Caine's novel of the same name. Winslet won an Emmy for her role as Mildred, the Telegraph reports, which edged her towards that infamous EGOT status. Only a Tony to go.

In 2011, following her portrayal of Mildred, Winslet told TV Guide that TV was "so much harder" than film, adding: "Sure, we have more to shoot ... but the level of determination and level of focus was so much more intense than certainly any film I've ever been a part [of]."

But she can't have been too put off by the experience. Her TV return will see Winslet playing a Pennsylvanian detective working on murder cases, according to Digital Spy. The show's reportedly called Mare of Easttown, and, as well as playing its starring role, Winslet also serves as executive producer. I simply cannot wait.

AV Club reckons it sounds "British as hell," despite being set in America. I'll take it. According to Vanity Fair, Mare of Easttown was created by Brad Ingelsby, who's known for his work on Out of the Furnace, Run All Night, American Woman, and plenty of other great projects. Vanity Fair also reports that Gavin O’Connor will work alongside Winslet as executive producer, and he will take on the role of director too. O’Connor has previously directed films such as Warrior and The Accountant.

Not much else has been revealed about Mare of Easttown yet, but those credentials alone are likely to make it an essential watch. It is also not known whether filming has already started or not, so I'm unsure when the show will air. I recommend watching this space.

Winslet's probably still best known for her performance in 1997's Titanic. Since then, she's enjoyed an illustrious career, with other highlights including her Oscar win in 2009 for her role as Hanna Schmitz in The Reader. Then there was her portrayal of the lovable Iris in the Christmas classic The Holiday — one of Winslet's most heart-warming films — and, more recently, her appearance as Joanna Hoffman in Steve Jobs. In total, Winslet has received almost too many awards to count, including three Golden Globes and three BAFTAs, according to her IMDB page.

For a taste of Winslet really delivering the acting goods, I recommend watching her reunion with Leonardo DiCaprio in the devastatingly intense Revolutionary Road. I reckon this news is as good excuse as any to spend the next couple of days on a Winslet marathon, anyway. Roll on Mare of Easttown, please.