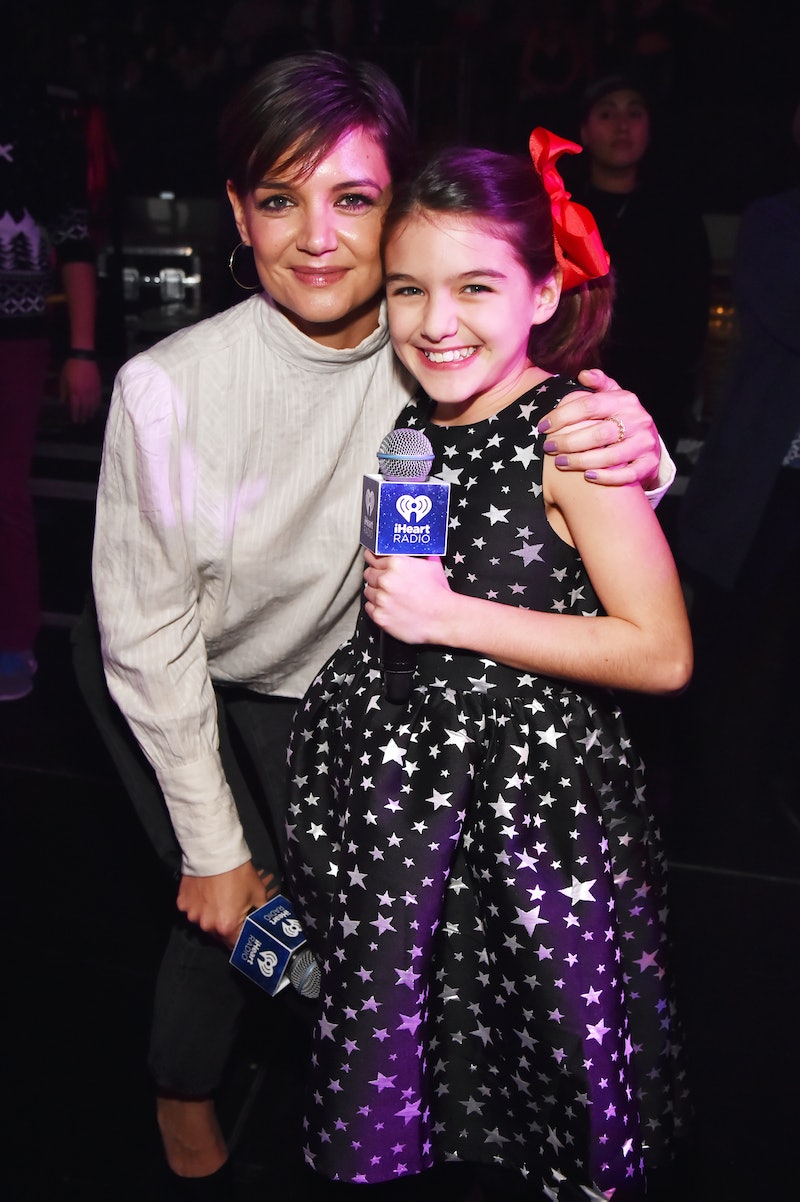 Ever since giving birth back in 2006, Katie Holmes has been intensely private when it comes to discussing her now-teenage child. However, during a rare, new interview with Elle UK, Holmes opened up about her daughter Suri and explained how they've essentially grown up together.

Seeing as how the former Dawson's Creek star almost never gives interviews, it's no surprise she remained consistently guarded during her conversation with the magazine. There were no salacious tidbits about her six-year romance with Jamie Foxx (the pair reportedly split back in May) and no bombshells about her past relationship with Tom Cruise. "I'm very private and quiet," Holmes said when discussing the public's interest in her life. "I try to keep it in perspective because it just is what it is."

Holmes, who gave birth to her daughter at 27, told Elle UK that she was perfectly content to be a mother in her 20s, and that "it’s been nice that [her and Suri's] ages fit." She went on to explain, "Every age that my child has been and my age at that time has been a good match. We kind of grew up together."

Today, Suri is 13, and in April, a source close to Holmes described her "a great kid" to Us Weekly. That same insider said that Suri is "just a good girl who is a joy to be around. Katie has done things right with her because she’s very grounded and down to earth." Still, Suri is a teenager — a fact that Holmes admitted she's keenly aware of. When asked by Elle UK if she's worried about Suri being tempted by bad influences, the star acknowledged, "Doesn't every parent?" Holmes then conceded, "But, yes, of course I’m worried. There is so much bad news and hate and things that don’t make sense." She also described the world's current atmosphere as "terrifying."

Back in 2017, Holmes expressed a similar sentiment regarding Suri while discussing the previous year's presidential election with former first daughter Jenna Bush Hager on the Today Show Radio. "I know I thought Hillary [Clinton] was going to win ... and it just hurt so badly when she didn’t," she told Hager. "And I know that it hurt my child so much ... and it really made me think, 'Oh we have a lot … a long way to go as women.'"

Be that as it may, Holmes told TODAY.com in March 2018 that she doesn't want Suri to focus on wins and losses in her own life — rather, it's the effort that matters. "We just focus on what she’s passionate about and how you feel when you achieve your goals," she explained. "I try to reward her for her hard work, and not necessarily the results of the hard work."

More like this
Adam Levine & Behati Prinsloo Welcome Their Third Child Together
By Jake Viswanath
James Cameron May Come To Regret His 'Titanic' Door Experiment
By Stephanie Topacio Long
Melanie Lynskey Plays A “Ruthless Leader” In 'The Last Of Us'
By Brad Witter
The History Of Taylor Swift's "All Too Well" & What The Lyrics Actually Mean
By Jake Viswanath
Get Even More From Bustle — Sign Up For The Newsletter
From hair trends to relationship advice, our daily newsletter has everything you need to sound like a person who’s on TikTok, even if you aren’t.