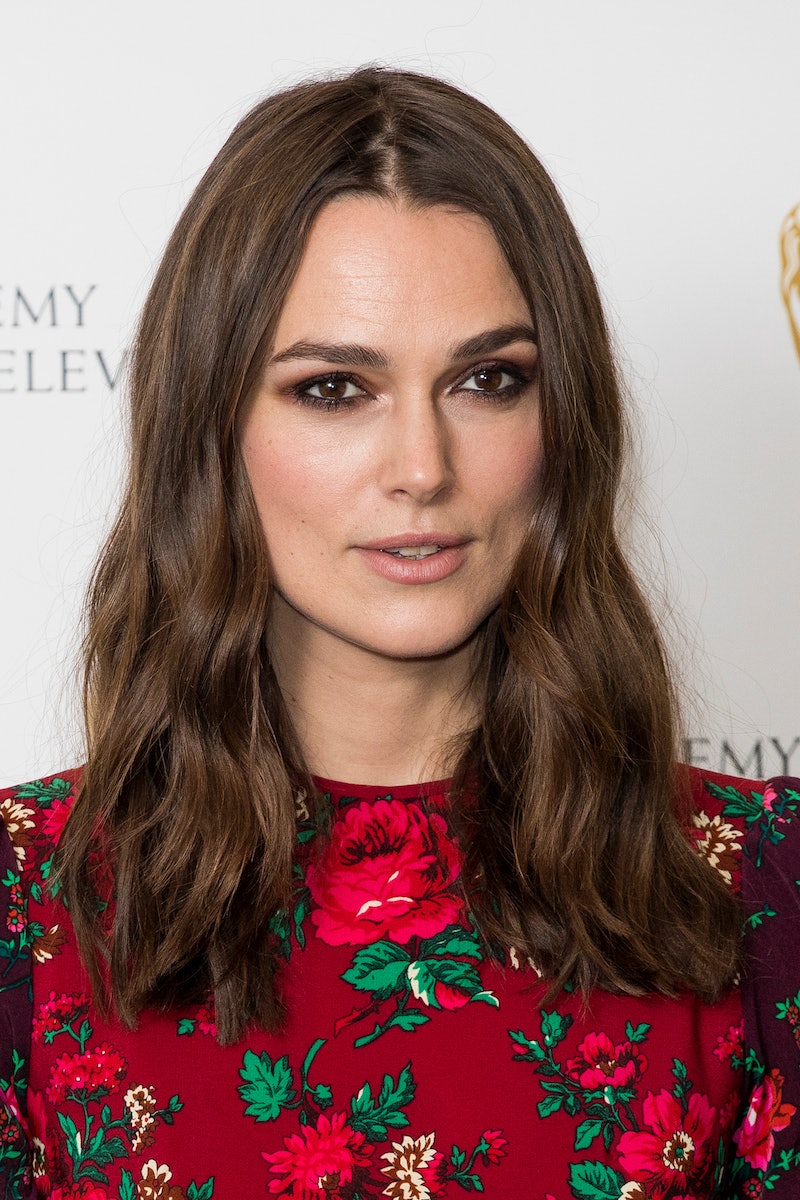 For people who came of age in the early 2000s, movies like Love Actually and Bend It Like Beckham might bring feelings of nostalgia and happiness. But for Keira Knightley, starring in those popular movies at at a young age led to a lot of mixed emotions. In a new interview, Keira Knightley said her "world crashed" when she was 22, and she doesn't even remember some of the moments from that time.

The actor's statements about her introduction to Hollywood came in an interview with Balance magazine, published this week. She told the outlet,

"Looking back, that whole period between 19 and 23 is a big blur. I don't remember it in a linear way because I think my coping mechanisms were kicking in and shutting a lot of it out."

Some of those "coping mechanisms," the magazine explained, kicked in to protect the star from her newfound fame and the attention that came with it. "My body was changing, and I didn't even know how I felt about myself and what I looked like," Knightley told Balance. "Yet all of a sudden, people were being very vocal with their views on me as a young woman and as an actress."

But even with those self-described "coping mechanisms," the pressure of becoming a famous actor still took its toll on her. "My world crashed when I was 22," Knightley said. "Everything stopped working, and I felt as if I was broken into tiny pieces; as if my brain was literally shattered."

Thankfully, Knightley was able to take some time away from the public eye, which helped her recover from that mental stress. She explained to the magazine that she took a year off from acting to travel on her own, and she started going to therapy as well.

As fans know, Knightley has since returned to acting, and she shared with Balance that she no longer has the troubling feelings about fame that she did in her teens and early 20s. "I have a sense of self now that I didn’t have when I was younger," Knightley explained. "I've found my place in the world and carved out the person I'm comfortable being."

This isn't the first time the actor has opened up about her past struggles either. In a 2015 interview with Elle, the Colette star said that her "twenties were pretty crap."

"As a person, you're changing so much and you're trying to figure stuff out," she told Elle at the time. "It took me a lot of years to try and stop pleasing a lot of people and allow myself to have fun." Knightley echoed the sentiment in a conversation with The Hollywood Reporter last October, when she said that she had "a mental breakdown at 22."

Being thrust into the spotlight can be difficult for anyone, and that's even more true for actors who are young and just becoming adults. Knightley's openness about her past shows that just because someone's life may seem perfect on the surface, you never know what they might be feeling inside. Knightley found success on-screen when she was younger, but she also went through plenty of struggles during that time, and it's brave of her to continue sharing that experience with her fans.