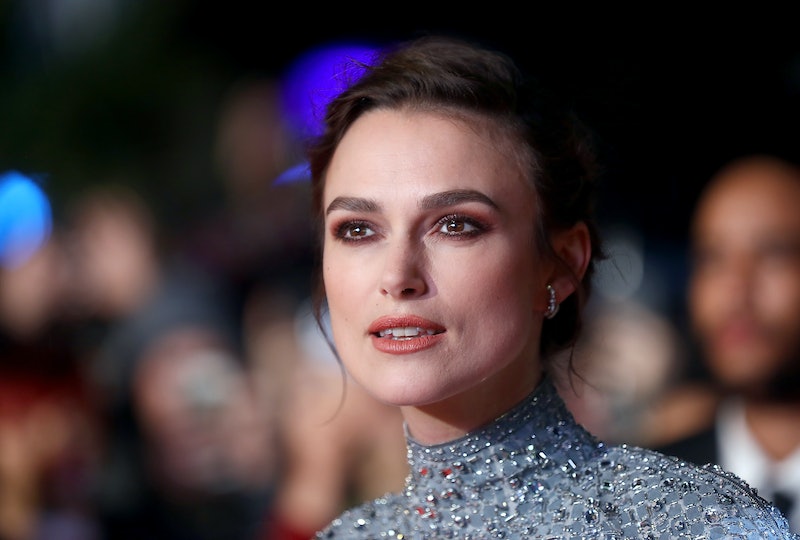 Did you know that Love Actually is officially 15 years old? Feel ancient yet?! Yep, everyone's (real) favourite British classic Christmas film (move over The Holiday) is currently celebrating its 15th anniversary, and to celebrate, script editor Emma Freud (partner of director Richard Curtis) answered some of the fan's questions for fun. Surprisingly, she revealed casting may be a little different if it were to be re-made today. For one, Keira Knightley wouldn't be cast in Love Actually if it was made today. Hang on, WHAT?!

Discussing who would be cast if the film were to be re-done today in 2018, Freud revealed it would not actually be Knightley who would play the 'young bride' named Juliet, who married her boyfriend Peter (played by Chiwetel Ejiofor) and had a weird addiction to banoffee pie. She was also the love interest of Peter's best friend Mark, played by The Walking Dead's Andrew Lincoln, and one half of probably the most iconic scene in the entire movie (YOU KNOW THE ONE).

So who would play Juliet? "I know Richard [Curtis] would cast either Saoirse Ronan or Lily James as the young bride," Freud explained.

And what about any other character changes? Well, it sounds as though little would change today for the iconic film:

"Lots of them would be the same," Freud said. "Hugh was a surprisingly young Prime Minister, but would be searingly realistic now. And there will never be a better Karen than Emma (Thompson), even when she’s 90."

I couldn't agree more. I mean, what's more heartbreaking and poignant than that moment Emma's character realises her husband Harry has bought an expensive necklace for another woman and is therefore cheating on her?! I will never forgive him for that. Not EVER.

Interestingly, Freud other revealed some other secrets about the film, including some things we had always wondered.

The interview, conducted by news.com.au asked Freud to confirm whether Annie, Prime Minister David's Chief Of Staff, had deliberately put love interest Natalie's Christmas card into the 'random sample' of cards he read to play Cupid.

"Wow, I love that! I’ve never heard that or even thought of it... That was certainly not in Richard’s mind but I think he’ll want to agree with it because that idea does make a lot of sense... If he’s only going to get 20 Christmas cards and only one of them is private and romantic, somebody must have had a bit of a say in that."

She also confirmed she didn't know what would have happened if Juliet's wife Peter had answered the door to Mark when he had the place cards with his romantic declaration on. She did however acknowledge that maybe he would have had to hide the cards!

Love Actually is one of the true Christmas greats, so hearing about what could have been is especially interesting.

More like this
The 'Love Actually' Reunion Is Missing A Major Player
By Bustle UK
Hugh Jackman Shared The Sweetest Tribute To His “Extraordinary” Wife
By El Hunt
'Bridgerton' & 'Succession' Casts Join Forces For A New Dickens Adaptation
By Darshita Goyal
Robert Downey Jr.’s New Film Is A Tender Story of Fatherhood & Forgiveness
By El Hunt
Get The Very Best Of Bustle/UK