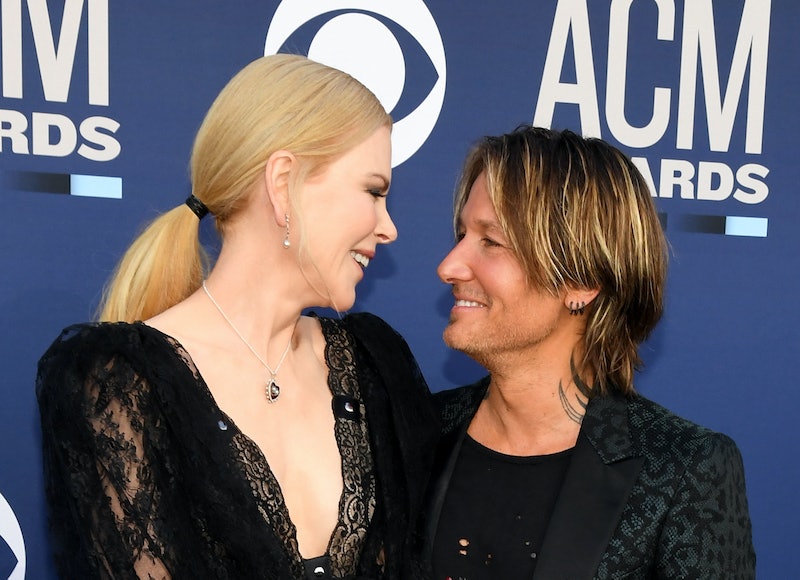 The Monterey Five has yet another fan. On Sunday, Keith Urban supported Nicole Kidman in Big Little Lies in the perfect way. Kidman's husband wore a sweatshirt with all five of the main characters' names on the front. The Season 2 finale for the HBO series aired that night, and it seems Urban was among those tuning in to find out the fate of the women at the center of the show.

Back in in 2017, Big Little Lies was a break-out success, and Kidman won an Emmy for Lead Actress in a Limited Series that same year, as per Vanity Fair. The second season, which also starred Meryl Streep, was highly anticipated, and many of the cast members commemorated the emotional final episode online

For instance, Kidman posted the photo of Urban in his BLL shirt on Instagram ahead of the finale. The country singer's shirt read: "Celeste & Jane & Bonnie & Renata & Madeline." The letter "n" was falling off of Madeline's name, to emphasize the word "lie." Kidman captioned the photo with a simple heart emoji. Urban shared the Big Little Lies photo on his own Instagram as well, writing:

The Big Little Lies cast was just as obsessed with Kidman's picture of Urban as fans were. Laura Dern, who plays Renata, commented, "How did we get so lucky that this human would be the Monterey Five's fiercest champion?! FYI, Renata is an obsessive Keith Urban fan." Shailene Woodley, who plays Jane, also wrote, "love this !!!"

The photo of Urban wasn't the only picture Kidman shared to celebrate the season coming to a close. Kidman posted a set of cast photos, including a special message for everyone who worked on the series. She wrote:

"What a journey to have been on! Thank you to all of you for watching, and everything you have given this show and more! Your support made it possible and allowed these women’s stories to be told. To everyone who was involved in making the show - my deepest thanks. Love you all xx #BigLittleLies."

The other members of the Big Little Lies cast got sentimental as well. Reese Witherspoon posted about the finale on Instagram, thanking fans for their support. She wrote, "To all the fans of the show, THANK YOU ! You are the reason this show is everything it can be. Thank you for watching, for discussing, for tweeting.... for Loving these women. It means the world to me!"

On Instagram, Dern also posted about the end of BLL, sharing a picture with costar Zoe Kravitz. She wrote in the caption, "Toasting to our amazing tribe. Luckiest time ever. Hope you all enjoy. #BLL2." Kravitz posted the photo with Dern on her Instagram as well, writing, "bonnie + renata 4 lyfe. who just watched ????"

It's no secret that Big Little Lies has a devoted following, and the cast's friends and family are clearly among the biggest fans. Since Urban showed support for Kidman in the best way possible ahead of Season 2's ending, it seems like he'll be the first to tune in if the series does get another season.

More like this
Melanie Lynskey Plays A “Ruthless Leader” In 'The Last Of Us'
By Brad Witter
Grammys Host Trevor Noah Made Adele's Dream Of Meeting The Rock Come True
By Brad Witter
Pedro Pascal Barely Got Through The "Lisa From Temecula" 'SNL' Sketch
By Stephanie Topacio Long
Keyla Monterroso Mejia Is Finally The Star Of The Show
By Gabrielle Bondi
Get Even More From Bustle — Sign Up For The Newsletter
From hair trends to relationship advice, our daily newsletter has everything you need to sound like a person who’s on TikTok, even if you aren’t.