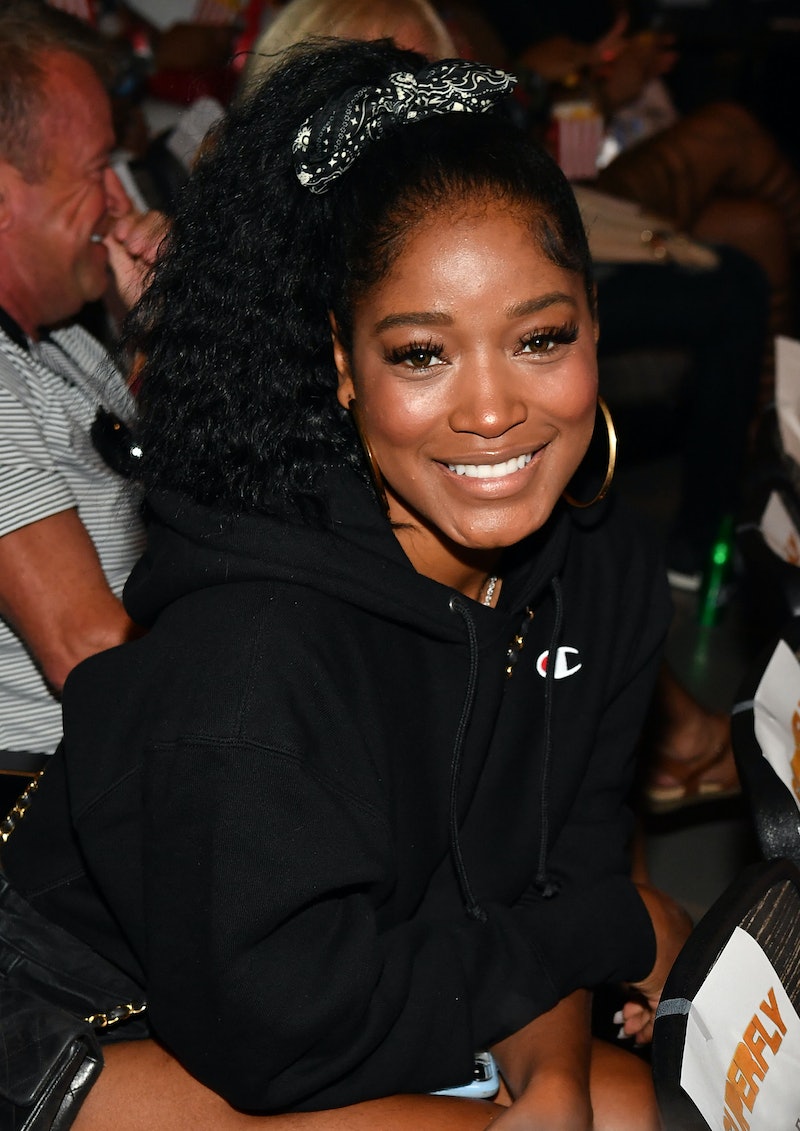 Ever since it was revealed that Halle Bailey would star as Ariel in the live-action remake of The Little Mermaid, the actor has faced criticism over the casting decision to choose a woman of color rather than a white, red-headed who more closely resembles the animated cartoon from the original Disney film. But even amid all the haters out there, Bailey has also received a ton of support, which includes the likes of Keke Palmer, who defended Bailey's Little Mermaid casting with a powerful and important message to fans.

Palmer herself has some experience when it comes to portraying iconic Disney princesses from the past. The 25-year-old was actually the first black woman to play Cinderella on Broadway and faced her own share of insecurities going into the role, knowing that the part is usually played by a white woman. "I know that the role of Cinderella is primarily for a Caucasian girl, but it didn’t stop me from going in and it didn’t stop them from seeing me,” Palmer told Essence in an interview back in November 2014. So Palmer understands exactly what Bailey is going through, which is why she immediately was ready and willing to come to her defense.

While appearing on Good Morning America's Strahan and Sara segment on Monday, Palmer spoke out against Bailey's critics and proceeded to educate them on mer-culture while also reminding them how important representation is.

"What's up y'all, it's me, the black Cinderella," Palmer stated to viewers, staring directly into the camera, adding:

"And I know you're scared because Hollywood is making an effort to be more diverse in the people that they show on screen. But let me ask you this: why can't a mermaid be black? Why is that too unrealistic for you -- because you do know she's friends with a talking crab, and I know you're not the sharpest people, but crabs can't talk. In fact, the entire thing is fiction!"

Palmer then concluded her defense, explaining that women of color have been pigeon-holed in certain roles throughout a vast majority of the fairytale franchise as well as the entertainment industry as a whole. "And, since the beginning of the entertainment industry, the most roles for black women were that of the maid," Palmer said. "So it's about damn time we get to play the mermaid."

Palmer made a point of posting the GMA clip on her Instagram account, which was accompanied by an equally empowering caption that read as follows:

"We are the HUMAN RACE and we all come from different cultures and in different shades. We all must be represented in a major way, otherwise the children of tomorrow will believe certain dreams are only possible for one type of human being. Love you Halle and CONGRATS!!!"

Palmer isn't the first person to praise Disney's progressive casting decision, though. Lin-Manuel Miranda, Mariah Carey, Zendaya, and Halle Berry have all congratulated Bailey for nabbing the part. Meanwhile, Freeform responded to The Little Mermaid backlash with an iconic Instagram post, which reprimanded the haters and explained why Bailey's Ariel deserves to be celebrated.

Let's just hope that the message sinks in and Bailey's trolls can come to see that her portrayal of Ariel could also become part of their world.

More like this
The 'Scream 6' Trailer Shows Off Hayden Panettiere's Return & Ghostface In NYC
By Jack Irvin and Jake Viswanath
At 28, Rosie Perez Risked Her Career To Stop Playing Stereotypes
By Gabrielle Bondi
12 Years Ago, Austin Butler Manifested His Oscar Nom In This Disney Movie Scene
By Jake Viswanath
Sandra Bullock’s Razzies Speech Proves She’s The Ultimate Miss Congeniality
By Sam Ramsden
Get Even More From Bustle — Sign Up For The Newsletter
From hair trends to relationship advice, our daily newsletter has everything you need to sound like a person who’s on TikTok, even if you aren’t.