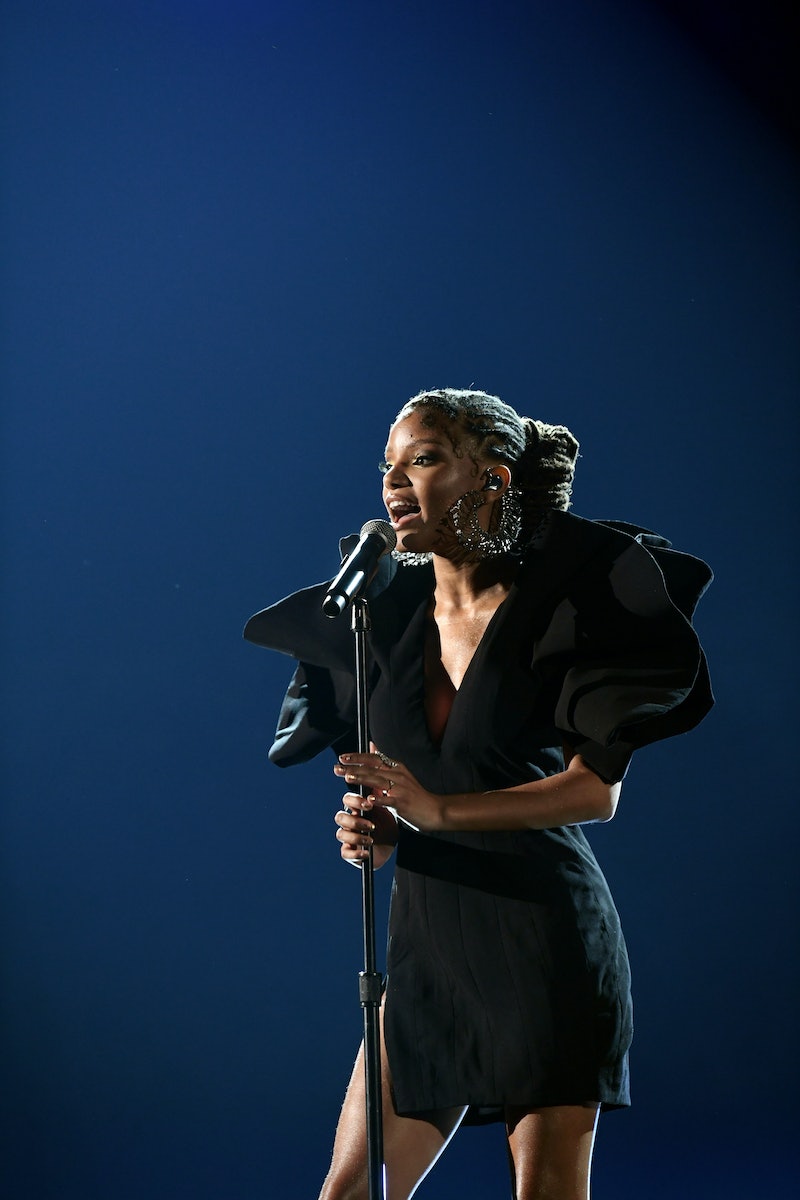 Halle Bailey's casting as Ariel in Disney's upcoming live-action film adaptation of The Little Mermaid is an inspired decision, but one that's getting some backlash for all of the wrong reasons. Some people online have criticized Disney for casting a person of color as Ariel rather than a white girl with red hair, as she was depicted in the animated films, and the racist backlash doesn't end there. Thankfully, not only does she have Disney's full support, but the first woman of color to play Ariel in The Little Mermaid stood by Halle Bailey, offering some words of advice.

Diana Huey, a Japanese-American actor, was the first nonwhite woman to take on the role of Ariel in a national touring production of The Little Mermaid, the stage adaptation of Disney's classic. And, after seeing the backlash against Bailey, she spoke out to share her experience and lend her support, from one Ariel to another.

In a new interview with TheWrap, Huey advised Bailey to pay no mind to any naysayers and online trolls who disapprove of her casting. “Keep your head up and know than it’s so much bigger than you as a single person fighting these battles,” Huey said. “If she can stay positive and just remember, there’s more support than there is hatred. It’s an important battle to fight and she’s not alone.”

When news of Bailey's casting was announced on July 3, Huey took to Instagram to defend Disney's groundbreaking choice and throw her support behind the new Ariel. "Isn’t Ariel’s entire message about finding where she belongs, where she is her truest self, and where she feels full and accepted?," she wrote in her Instagram caption. "Halle is going to make a beautiful Ariel, a powerful Ariel and an inspiring Ariel and I am so excited to watch her change the world with her performance as she helps continue to make our world a more loving, inclusive and open-minded place."

As Huey told TheWrap, she ultimately doesn't expect Bailey's casting to be a problem for the actual target audience of The Little Mermaid: children. "I never had one kid in 300-something shows over the course of a year say, ‘Oh, you don’t look like Ariel'," she said. "They would see me come out of the stage door with my hair and street clothes and throw themselves at me screaming, 'Ariel!' when I looked like Diana. The kids were totally on board."

Much like the backlash seen online about Bailey's casting, the only complaints about Huey playing Ariel came from full-grown adults. The first comment came from Instagram, where a user said Disney should "Keep it classic," according to the actor. "That literally happened in the first couple of moments of my photo being released, and I was like, 'Oh, great, this is going to be a really hard year. Oh my gosh, how am I going to do this?',” Huey recalled. "And within seconds of her comment, I had people comment back and say, 'Keep it classic means keep it white, keep it racist.'"

Huey's experience proves that love and support will always outweigh the naysayers in situations like this. In fact, she recalled to TheWrap that after a performance, she met a woman who was in tears because she was so happy that her adopted Asian daughter could see someone that looked like her on stage, especially playing such an influential character. It's likely that Bailey will have that impact on many other little girls around the world due to Disney's casting, and that will be a beautiful thing to behold.