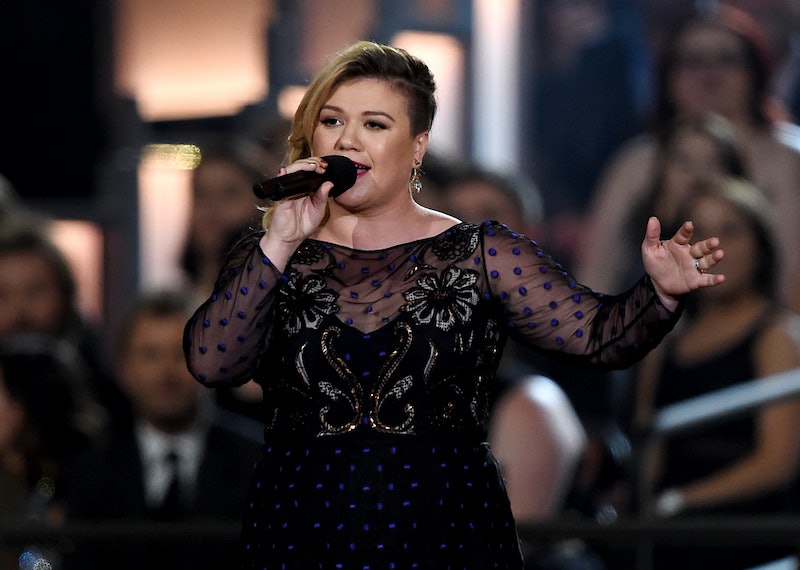 Sure, the prospect of American Idol itself returning is exciting, but the possibility of Kelly Clarkson returning as an American Idol judge has me jumping up and down, waving my hands around, and shouting from the rooftops. Nothing is confirmed, of course, because this is just a rumor, but it's a rumor that would make sense. Hell, it's a rumor I think should be made into a fact. Clarkson was the first Idol winner on Season 1, all the way back in 2002, and she and the show have both gone through a lot of changes since their first encounter. American Idol had 14 more seasons of glory on FOX before its cancellation in 2016. And Clarkson hasn't done too badly either; she's sold over 25 million albums, racked up three Grammys, gotten married, had two kids, and seems blissfully happy in all her success. So now, in 2017, this seems like the perfect time for the paths of American Idol and Kelly Clarkson to cross again.

Idol has been scooped up by ABC, Ryan Seacrest hasn't ruled out signing back on, and bringing the pop star on as a judge would be the smartest thing that the producers could possibly do, as far as I'm concerned. TMZ claims that Clarkson is ABC's first choice for a judge on the Idol reboot, and that the singer is so interested that she and her team have allegedly already started clearing her schedule for filming. As well she should.

If you've ever come across me at a party, I've shared with you my belief that Clarkson made American Idol into the show that it was. If they hadn't found someone with her raw, untapped talent, I don't believe that Idol would have lasted 15 seasons and then been picked up by a rival network after cancelation. That happened because just as Idol was putting Clarkson on the map, Clarkson was putting Idol on the map. She had the right talent, the right attitude, the right story, the right all of it, and she fell right into their laps Season 1 in a way that I never really saw duplicated on the subsequent seasons.

The singer was just waiting for something like American Idol to come along, to show her the path to sharing her gift with the world. And, when it did, she was ready, and she took every opportunity that came her way. So now that ABC might be giving her a shot to help the Idol reboot be the best that it can be, and put her prodigious talents to work at the same time, I just know that she would make the absolute most of this opportunity.

Basically, Clarkson and American Idol have a long history of helping each other to the next level. I'll keep my fingers crossed that the stars align and turn this rumor into a fact.