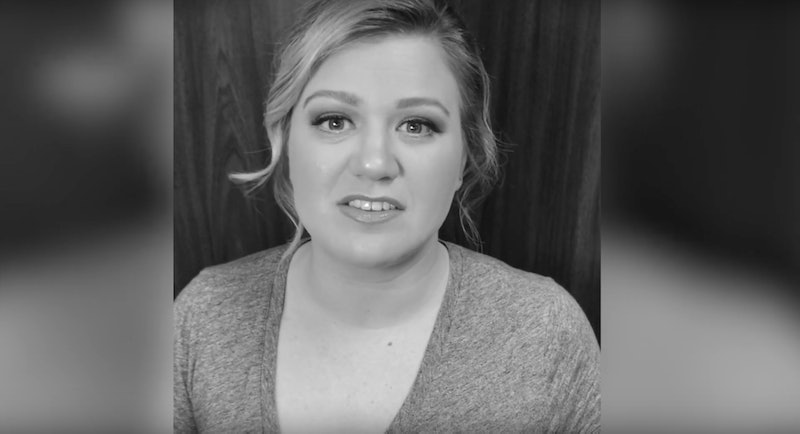 On Friday, March 8, International Women's Day will be here again, and what better way to mark the occasion than talking about the women in our lives who have made a huge impact on us? In a new video, nearly 30 celebrities have opened up about their female heroes in honor of International Women's Day as they join together with the nonprofit organization CARE, which works to fight global poverty and end social injustice everywhere. The video is sweet and badass all at the same time, because as we all know, there is nothing women cannot do.

There are so many familiar faces in this video, from actors to singers to legendary athletes. Sophia Bush, Kelly Clarkson, Danica Patrick, and Billie Jean King are all included in the video, which focuses on the women in their lives who they admire and why. The video also includes clips of women who are working with CARE and changing the world themselves.

It can sometimes be really hard to be a woman in 2019 for all kinds of reasons, but if you need to feel uplifted, this video just might do it for you. It's inspirational to hear these women talk about who inspires them — and then to see other women in action, working to make a change is even better.

Here's the video to see for yourself:

For actor Alexandra Daddario, her hero is her friend, who's been there for her through thick and thin, and for The Big Bang Theory's Mayim Bialik, her hero is Sally Ride, the first American woman to go to space. But for Kelly Clarkson, it was all about the woman who raised her. "I wanna pick my mom," the singer said. "She had no education other than high school and just really worked her tail off and made something of herself and became an incredible teacher."

According to CARE's website, the organization works specifically to help women and girls who live in poverty, helping them find work and empowering them in the workplace. "CARE is committed to uncovering and transforming the political, social and economic relationships at the heart of poverty — our work to improve the health and well-being of women and girls is critical to that fight," their site says. (If you want to learn more about CARE's campaign to put the "her" in "hero," there are more details here.)

Knowing CARE's mission, it makes sense that the organization would want to join together with these celebrities for International Women's Day. Every year, the day has a specific focus, and this year, the campaign theme is #BalanceForBetter, or calling for "driving gender balance across the world," which makes sense, considering the fact that there still is so much inequality between men and women all over the world.

It's hard to watch videos like this one and not feel inspired — we all have our own female heroes just like the celebrities in the video do, and we can all be that hero for someone else. As women, we're capable of amazing things, and it's awesome to know that there are others out there making such a huge difference in the world. Happy International Women's Day, everyone.