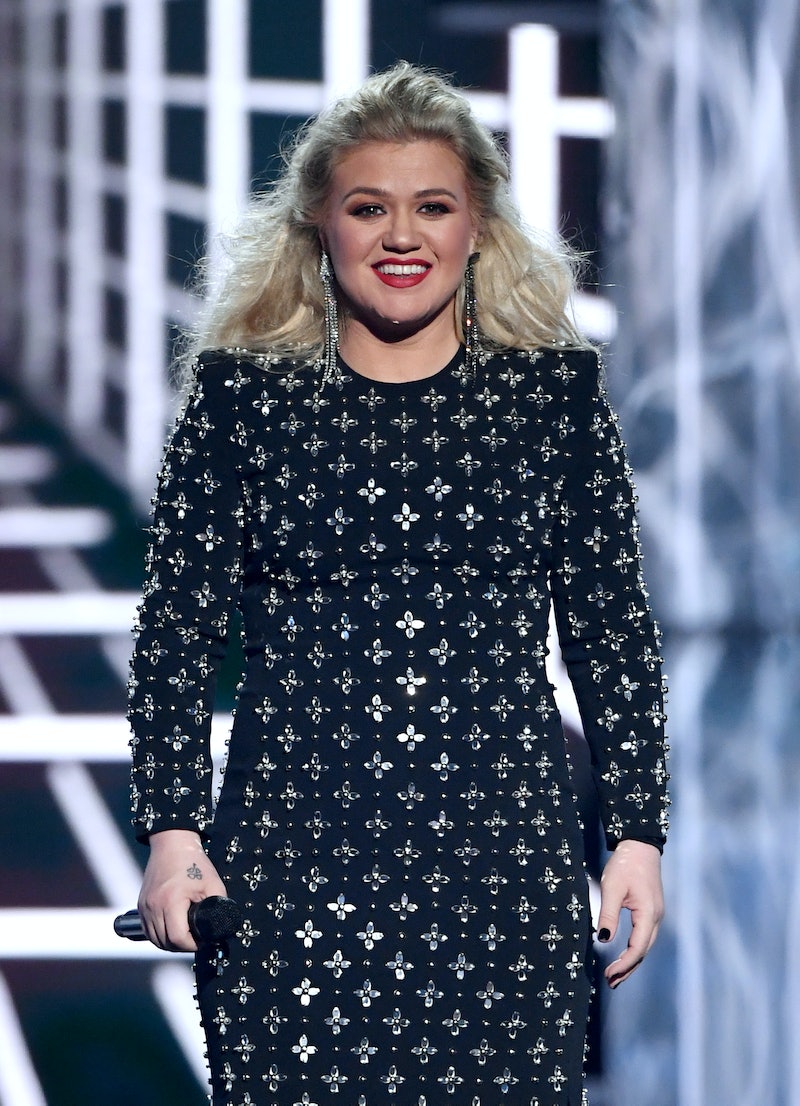 It always good to see women working in music supporting each other. On Saturday, July 13, Kelly Clarkson suggested Taylor Swift re-record her masters, and this might be pretty solid advice. On Twitter, Clarkson suggested that one way to solve Scooter Braun's acquisition of Swift's back catalog through his purchase of Big Machine Records, including the master recordings for her first six albums, would be to go back in the studio and record the songs over. If Swift re-released the same music with new art and marketing, fans would be able to buy her albums without putting money in the pocket of Braun's Ithaca Holdings LLC.

The Meaning of Life singer is the latest celebrity to stand with Swift amid the controversy over her music rights. On Saturday, Clarkson shared her supportive message on Twitter, writing:

"@taylorswift13 just a thought, U should go in & re-record all the songs that U don’t own the masters on exactly how U did them but put brand new art & some kind of incentive so fans will no longer buy the old versions. I’d buy all of the new versions just to prove a point."

Clarkson has worked in the music industry for a long time, and is likely sympathetic to Swift's copyright struggles. In the replies on the Tweet, fans expressed interest in buying new recordings, suggesting the advice might actually be viable.

The controversy over Swift's master recordings began when Braun bought Scott Borchetta's Big Machine Records, as per Billboard. The label owned the rights to Swift's back catalog through Reputation. On June 30, Swift shared a Tumblr post about the sale, calling Braun a "manipulative bully" and claiming that she wasn't given the option to buy her work before the sale. (Borchetta released an open letter refuting many of Swift claims, including that she wasn't notified about the sale before it happened.)

Clarkson was sympathetic to the singer's predicament, and offered a potential solution on social media. Of course, Swift's ability to put out new music would depend on her contract. Most major-label contracts have a re-recording restriction, not allowing the artist to remake any music for years after the deal expires, as per Variety. If the Reputation singer wanted to re-record her early records, there would have to be an addendum regarding how the music is bought and sold in the contract.

Swift's struggle for autonomy resonated with many stars working in the music industry, and Clarkson is not the first artist to show support for the "ME!" singer on social media. On July 1, country singer Kelsea Ballerini tweeted support for Swift, responding to a fan who asked how she felt about the drama. Ballerini wrote, "I've reached out to her and love her very much."

Halsey also tweeted about Swift, writing about the struggle women face in the music industry. She wrote, "It turns my guts to that no matter how much power or success a woman has in this life, you are still susceptible to someone coming along and making you feel powerless out of spite. It speaks volumes about how far we have to come in the music industry." Several other musicians came to Swift's defense as well, including Todrick Hall, Katy Perry, Alessia Cara, and Haim.

On Tumblr, Swift expressed a desire to move on from her past work and the unfortunate contracts which have prevented her ownership over the music. For this reason, she may be unlikely to pursue Clarkson's suggestion, but the support is likely appreciated nonetheless.

More like this
Watch Kelly Clarkson Sing A Taylor Swift Breakup Song About A Toxic Relationship
By Alyssa Lapid
The History Of Taylor Swift's "All Too Well" & What The Lyrics Actually Mean
By Jake Viswanath
Tour Rehearsals Didn’t Stop Taylor Swift From Attending The 2023 Grammys
By Jake Viswanath
The 12 Most Controversial & Unexpected Grammy Moments Ever
By Jake Viswanath
Get Even More From Bustle — Sign Up For The Newsletter
From hair trends to relationship advice, our daily newsletter has everything you need to sound like a person who’s on TikTok, even if you aren’t.