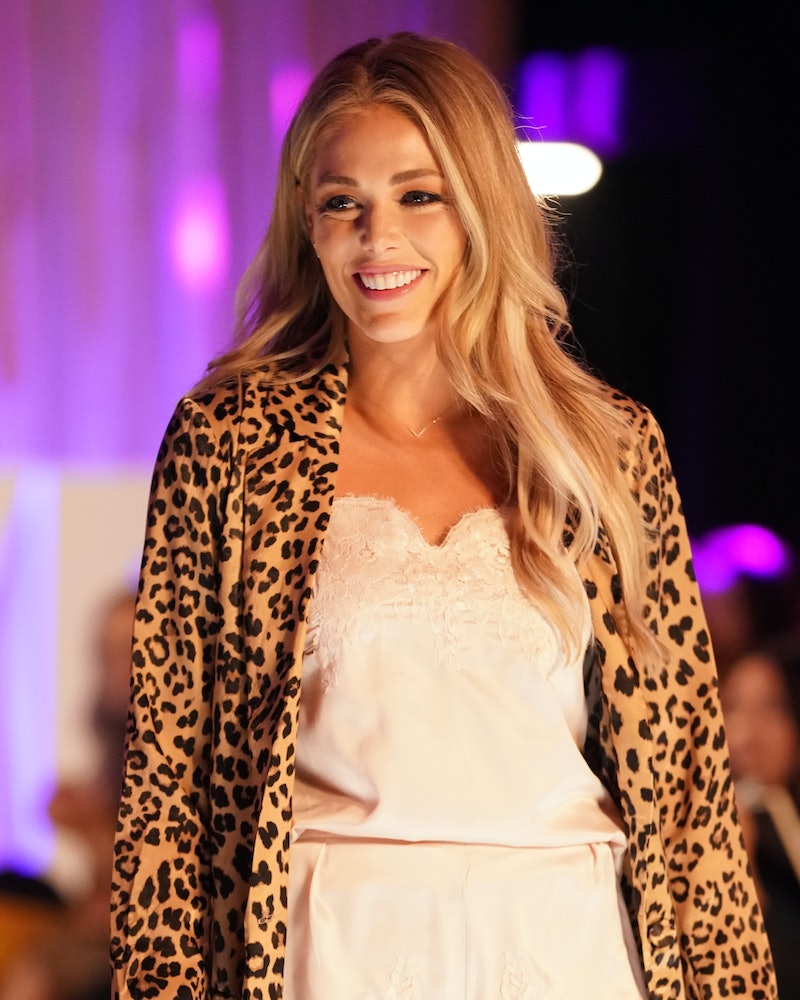 Peter Weber's season of The Bachelor has kicked off, which means we have a whole new cast of contestants to get acquainted with. One notable competitor is Kelsey Weier, a 28-year-old professional clothier from Des Moines, Iowa. Though Chris Harrison joked that Kelsey is "one of the most emotional women" in the cast and "coined the phrase "crying is cool," Kelsey's Instagram shows that Miss Iowa 2017 actually comes from a household of strong women. Considering it was her mom who raised her, it makes sense that Kelsey was taught the importance of acknowledging your emotions — and releasing the negative ones when need be even if, yes, that means a big old cry fest.

In a Miss Iowa video, Kelsey explained that her mom raised her and her two sisters all on her own. "My mom had to raise three girls by herself, and I don't know how she did it," Kelsey said, with tears shining in her eyes. "I don't think I would be as strong and be able to handle some of the pressures that come with pageants if it wasn't for her ... she has taught me how to be a strong and independent woman."

You can clearly see Kelsey's love for her family come through on her Instagram. Many of her posts are family-oriented, with several featuring her twin sister Kayla and younger sister Kalason. She and her sisters seem to do everything together, from living it up at bachelorette parties to attending holiday get-togethers to cheering on the University of Iowa football team to horseback riding in Chile. Kelsey has posts showing how proud she is of Kalason for running a marathon, and of her baking cookies with Kayla. If anything, it looks like Peter will have to potentially work to get in the good graces of the Weiers rather than the other way around.

Kelsey's Instagram also shows off her time spent in the pageant world, and as Kelsey's Bachelor profile states, she's "an old pro at competing with other women — but don't get it twisted, she's not looking for drama." Her Instagram features a picture of her hugging Carley Arnold, the newest Miss Teen Iowa USA. "I'm so happy to have gained a new sister yesterday," Kelsey wrote. And there are pictures of her posing with Miss Vermont, Iowa, Nebraska, New Mexico, and Virginia USA, which she captioned with "miss all my girls."

As things wind up, it's sure to get pretty competitive and potentially petty in the Bachelor Mansion, but at least Kelsey comes into it with a strong understanding of the importance of sisterhood.