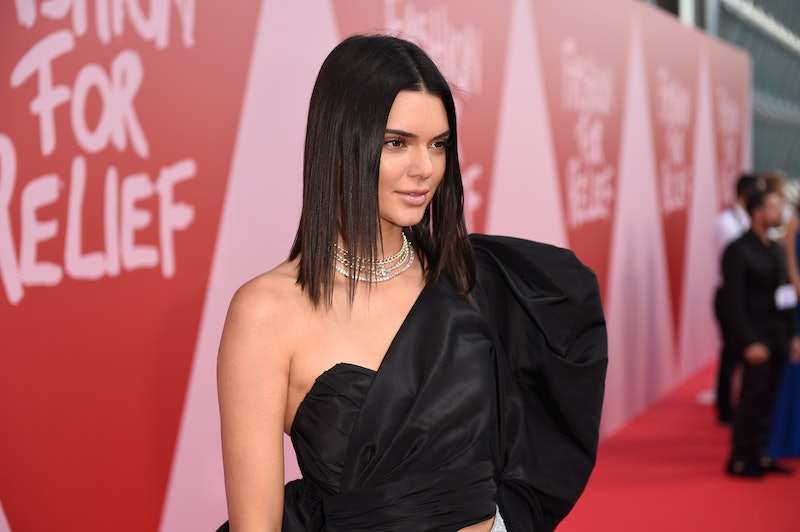 It may have only hit stores in April, but Caitlyn Jenner's book, The Secrets of My Life, has already caused quite a stir... especially where her famous family is concerned. Earlier this season on Keeping Up With The Kardashians, Kris Jenner was really hurt when she had the chance to read the book, and now, the rest of the family are finding out why firsthand. On Sunday night's episode of KUWTK, Kendall finally reacted to Caitlyn's book, and she's undoubtedly Team Kris on this one.

On the ep, Kim finally decides to read the book because she's feeling really torn between Caitlyn and her mom — Kris is very upset, but Kim wants to keep her relationship with Caitlyn alive since she's still Kendall and Kylie's dad. The obvious solution is for Kim to read the book herself and find out how justified Kris' feelings are, so that's exactly what she does. And once she's had the chance to digest The Secrets of My Life in full, she's just as pissed as Kris is. Can you blame her, though? There were a lot of parts of the book dedicated to tearing down Kris and their marriage, so of course Kim's first instinct is to go to bat for her mom.

In Caitlyn's defense, she did tell Kim that this was her way of getting her "stuff" out there in the open, so that she could have the cathartic experience of having everything off her chest, and that's important — especially for someone who's had to overcome everything that Caitlyn has. But after Kim was able to finish the book, she was mad not only about what Caitlyn said about her mother, but what she said about the Kardashian family in general.

It wasn't just Kris and Kim who were upset, though — Kendall was hurt, too. Kim had the chance to talk to her one-on-one about what Caitlyn wrote in her book, and when Kendall found out what was said about her family, she was just as angry as Kim was.

I think what upset me most about my dad's book is what she had said about my family. Because at the end of the day, she raised the Kardashians. At the end, the Kardashians are still part of my blood, so I understand where my mom's coming from a bit more now.

It's heartbreaking to see the strain that's been put on Caitlyn's relationship with the Kardashians, especially considering how close they once were. Hopefully, they'll be able to be close again soon — or at least begin to heal. I miss seeing them all together as one big, happy family.