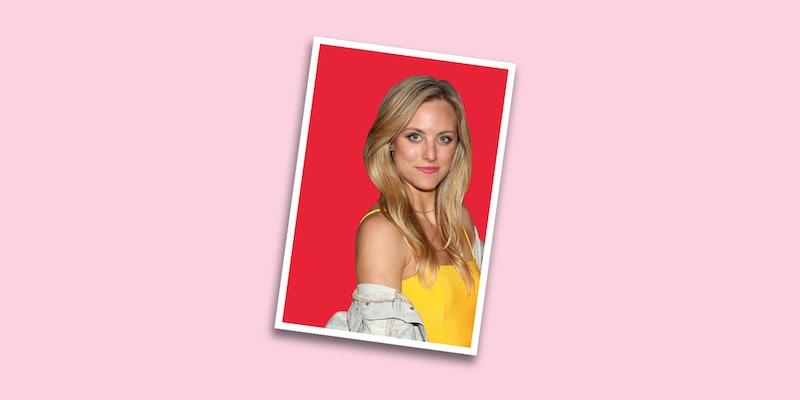 Bustle takes the Bachelor franchise pretty seriously. That’s why we created the Bachelor Nation Class of 2018, a list of superlatives for some of your favorite Bachelor stars. It’s like high school, but with a way better Instagram filter. Check out what Kendall from Arie's Bachelor season had to say about being awarded "Most Impressive Conflict Resolution."

Not many people in Bachelor Nation can say they went on a two-on-one date and survived. The dreaded event happens every season, typically pitting two polar opposites against each other for America’s viewing pleasure. But the two-on-one was no match for Kendall Long, whose positive outlook and unique personality pushed her through to the final four of Arie’s season. Did she eventually get sent home? Yes. But did she mute Krystal’s negative energy? Also, yes. That’s why, in Bustle’s eyes, Kendall Long deserves the title of "Most Impressive Conflict Resolution" in the Bachelor Nation Class of 2018.

"I’d like to thank my brother Colton and sister Kylie for always keeping me on my toes with conflict resolution growing up. Also thank you to my parents who have taught me that being true to myself and standing up for what I believe in will always guide me to happiness."

On Arie’s season of The Bachelor, Kendall quickly caught Arie’s eye. Yes, she was definitely his type physically, but she’s also a free spirit who always seemed to take the weird dynamics of the show in stride. Her fascination with taxidermy and her ukulele skills made her stand out among the sea of contestants. But maybe Kendall was too quirky for Arie, as he eventually ended up with Lauren. Perhaps she’ll have more luck on the upcoming season of Bachelor In Paradise. At the very least we know she’ll calm people’s nerves — on that aforementioned two-on-one date, instead of taking the bait of Krystal’s attempted sabotage (because that’s what happens on two-on-one dates), Kendall told Krystal that she was clearly hurting and she empathized with her:

Kendall’s kind words completely diffused a tense situation, and that’s why Kendall so deserves this award. Like she says in her acceptance speech, “being true to myself and standing up for what I believe in will always guide me to happiness.” Watching Kendall on TV has brought Bachelor Nation happiness, too.