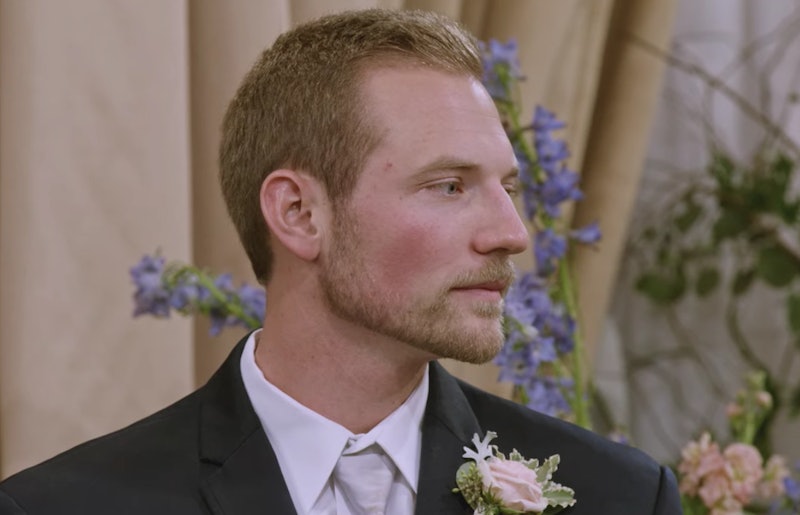 Spoilers ahead for the Season 1 reunion of Love Is Blind. Kenny and Kelly may have walked away from Love is Blind single, but the experiment opened the door to a new girlfriend for Kenny. "I could not be doing better," he told Nick and Vanessa Lachey at the Season 1 reunion. "This experiment, whether I understood it or not, allowed me to find the person I'm with today because it allowed me to open myself up, to truly be vulnerable. And I have the best girlfriend, for me."

Lachey jokingly asked if they're documenting their relationship on camera, as on the show. "I've actually learned that that's not a good thing," Kenny replied. And he meant it: there are zero traces of a girlfriend on Kenny's social media accounts. He has tons of pictures of him with friends on Instagram, but the only person (animal?) he's clearly committed to is his corgi puppy, Penni.

Kelly also revealed during the reunion that she had hoped to continue dating Kenny after their failed wedding, but he was ready to move on. "It's water under the bridge now," she told him. "And I'm so happy for you and your relationship."

Love is Blind fans suspect Kenny's new girlfriend has been cropped out of a recent Instagram photo taken in Washington D.C. There's also a good chance she lives in Charlotte, North Carolina, where Kenny moved after the show.

"All of the takeaways that I went through on the show, I've applied to my current relationship, and I've been able to be vulnerable, and I've received it," Kenny said at the reunion. "My takeaway at this point is that I'm not embarrassed by anything, and that is why I'm supposed to be here. To hopefully impact others, to make them feel supported in times of fear, in times of doubt, because there's nothing you can't overcome."

Hopefully, now that the secret's out, he'll start posting about the new woman in his life soon.

More like this
Bachelor Nation's Blake Horstmann Is Dating 'Love Is Blind' Star Giannina Gibelli
By Jake Viswanath and Radhika Menon
Only 3 Of The One That Got Away Couples Seem To Still Be Together
By Brad Witter
Chrishell Stause & G Flip Have “No Rules Or Regulations” In Their Relationship
By Brad Witter
Who Is 'Umbrella Academy' Star Elliot Page Dating After His Divorce?
By Jake Viswanath
Get Even More From Bustle — Sign Up For The Newsletter