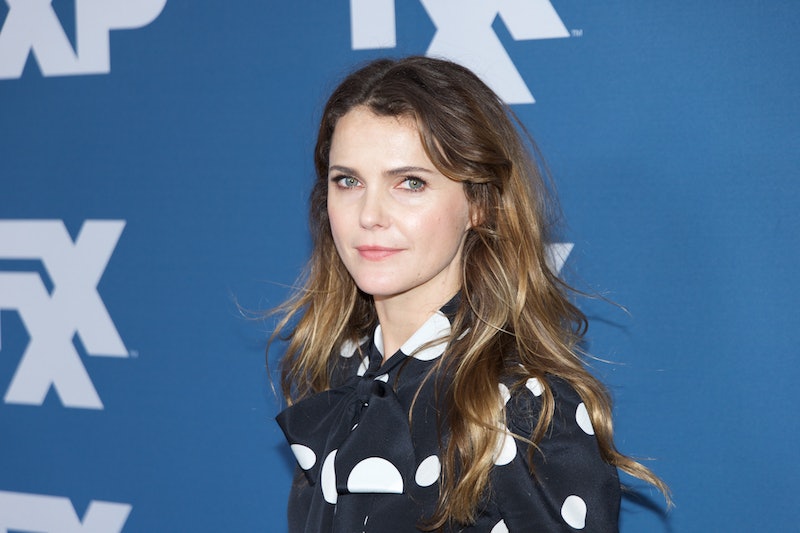 The galaxy far, far away where the Star Wars films take place are filled with characters from all walks of life: rebels, pilots, smugglers, and rogues. With the Skywalker saga, and presumably the journeys of Finn, Poe, Rey, and Kylo Ren, about to come to an end in Episode IX, the franchise is about to introduce one of its most mysterious characters yet. Keri Russell's Star Wars: The Rise of Skywalker character, Zorri Bliss, has been revealed, but the more we find out about her, the more questions fans will have.

Vanity Fair's latest cover story teased the reunion between Russell and Felicity creator (and Rise of Skywalker director J.J. Abrams) for the next installment of the franchise, which will officially bring the Skywalker Saga to an end. But, teasing is really all it could do. Other than suggesting that Zorri has yet to really choose a side in the fight for the galaxy, the article didn't reveal much. What it did confirm, however, was that Zorri appears to live in the Thieves' Quarter on the planet of Kijimi, which means she has skills that could come in handy, or could be a huge threat.

In the first photo of Zorri Bliss, as is fitting for the films' most secretive new character, Russell's face is obscured by a giant, bronze helmet, which VF noted is reminiscent of those worn by both Boba Fett and Attack of the Clones' bounty hunter Zam Wesell. And while Russell didn't share any details about who Zorri is or what she wants, the actor did joke, "I do have the coolest costume. I will say that."

In addition to unveiling Russell's secretive rogue, VF also introduced fans' to the film's newest villain, Richard E. Grant's Allegiant General Pryde, who — despite one popular fan theory about his relationship to another iconic Star Wars villain — is not General Hux (Domhnall Gleeson)'s father. Whether Allegiant General Pryde will be an ally to Kylo Ren (Adam Driver) — who, last we saw, had killed Snoke in The Last Jedi and usurped him as the Supreme Leader of the First Order — or if he will, like Hux, be a new rival for Ren to deal with is yet to be determined.

However, he will have some help from the Knights of Ren, the mysterious warriors who followed the Dark Side of the Force, trained under Snoke, and were led by Kylo himself, as Disney confirmed to VF that they will finally make their long-foretold appearance in Rise of the Skywalker as the Resistance and the First Order face off for their biggest battle yet. In fact, VF reports that sources "close to the movie" say that the film will "bring to a climax the millennia-long conflict between the Jedi Order and its dark shadow, the Sith," which really does make the stakes for the fight at the center of Skywalker bigger than they've ever been.

At the Star Wars: Episode IX panel during the 2019 Star Wars Celebration in Chicago, Abrams revealed that this final installment of the Skywalker Saga is, at its heart, about the battle between light and dark, which will challenge the film's in ways they couldn't fathom. "This movie is about this new generation and what they've inherited — the light and the dark — and asking the question, 'As they face the greatest evil, are they prepared? Are they ready?'" Abrams said in April.

Speaking with Vanity Fair, the director echoed those sentiments, explaining how his Star Wars films continue the saga started by George Lucas, but has a different struggle at its core. "This trilogy is about this young generation, this new generation, having to deal with all the debt that has come before. And it’s the sins of the father, and it’s the wisdom and the accomplishments of those who did great things, but it’s also those who committed atrocities."

"It’s less about grandeur. It’s less about restoring an old age. It’s more about preserving a sense of freedom and not being one of the oppressed," Abrams said.

In order to find out exactly how that epic battle between light and dark finally shakes out, fans will have to wait until Star Wars: Rise of the Skywalker is released in theaters, this December.