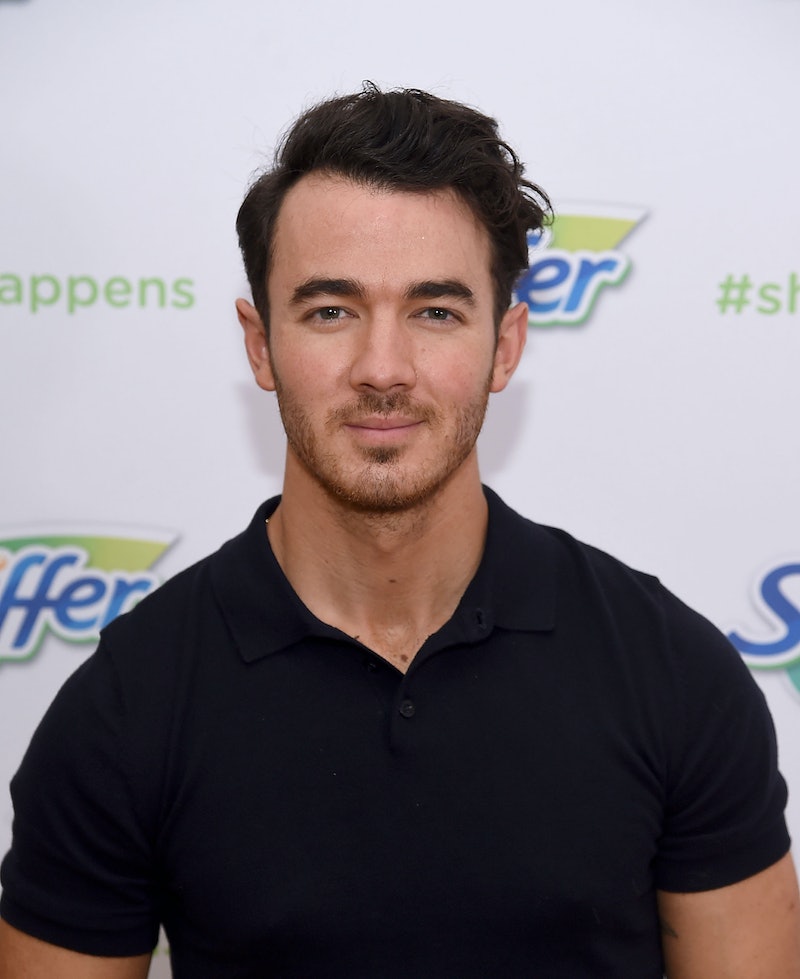 The new Jonas Brothers documentary coming to Amazon Prime on June 4 will feature some emotional stories. Speaking of, Kevin Jonas talks about being bullied in the doc titled Chasing Happiness. The singer shared a clip from the much-anticipated film on social media on Monday showcasing him as a young boy. Alongside home videos, the now-adult Jonas narrates how difficult it was for him growing up and the terrible bullying he faced throughout his childhood.

The footage begins with Jonas as a boy singing "Seventy Six Trombones" from The Music Man. There are also clips of him doing flips in a yard. Jonas, 31, says in the video that he participated in "odd extracurricular activities" like gymnastics, pole vaulting, and magic or as he put it "not the most popular things that young boys see as cool."

Between his choices in activities and the fact that the Jonas family "didn't have money at all," meaning Jonas didn't have the nicest clothes, he "became a target." He emotionally explained, "Kids were cruel at that age." They would even call him homophobic slurs. He said,

"It would break me down. I remember coming home from school and like crying to my parents."

If that isn't heartbreaking enough, the "Sucker" singer added, "What I think what was really hard was I never felt like I could find the place that I fit in. Even though I had things I loved, I just never felt like I connected with anyone, like truly."

Next to the video shared on Instagram, Jonas emotionally wrote,

"I didn’t fit in when I was growing up. The names kids called me were terrible and often used in derogatory ways. Bullying is a huge problem that people of all ages, races, genders, and sexualities face. I hope sharing my experience brings awareness to how hurtful bullying can be and inspires people to support one another. #ChasingHappiness"

His brother, Nick Jonas, also retweeted the video and sweetly wrote, "Proud of you Kevin. I love you brother."

When the documentary was announced in March, the film was described by Jennifer Salke, the head of Amazon Studios, as an "intimate and compelling documentary special." According to a press release provided to Bustle, the documentary is said to be a "moving, personal look at the Jonas Brothers' journey from a family struggling to make ends meet, to pop superstardom, to an abrupt hiatus that shocked the world."

There will also be "never-before-seen footage of the brothers' early days" and "goes beyond the headlines and behind the scenes, as they build their own successful lives and careers outside of the band, and ultimately rebuild their relationships as siblings and rekindle a musical spark that inspires their upcoming album, Happiness Begins."

Based on Jonas' openness about bullying, there's no denying the special will be "moving" and "personal." As awful as his story is, it's real life and what many individuals have unfortunately faced at some point in their lives. There's no doubt Jonas opening up about being bullied will help others feel less alone.

More like this
Rita Ora Celebrates Finding Her "Fairytale" Ending With Taika Waititi
By Sophie McEvoy and Catharina Cheung
Everything To Know About Taylor Swift’s 10th Studio Album, 'Midnights'
By Grace Wehniainen and Jake Viswanath
How Ghosts Inspired Kesha’s New Music
By Jake Viswanath
Beyoncé’s Special Tribute To Sister Solange Was Both Touching & Hilarious
By Stephanie Topacio Long
Get Even More From Bustle — Sign Up For The Newsletter