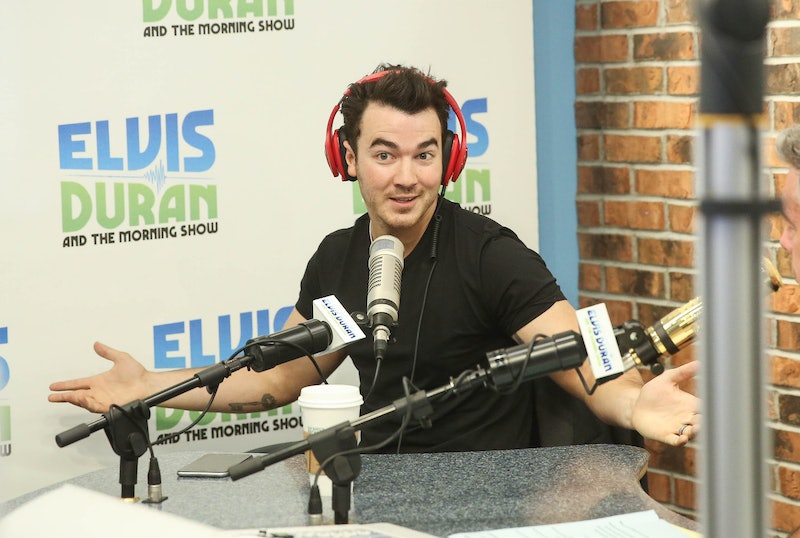 File this under: news that will leave you scratching your head and wanting answers. On Sunday evening, YouTuber Andrea Russett got Jonas Brother fans buzzing when she tweeted, “mosquitoes are the Kevin Jonas of insects." A day later, the eldest member of the JoBros replied, “Buzz buzz.” Like a cloud of mosquitos on a balmy summer day, a giant pile of questions has descended upon this Twitter exchange.

To start out, let's explore what Russett's tweet even means. Is she saying KevJo is as big of a nuisance as, say, a blood-sucking bug that will only leave you alone if you paint your epidermis with a thick layer of OFF! repellent? Or that he's a vital part of ecosystems all over the world, or quite possibly the most dangerous animal on the planet? Maybe she means mosquitoes are the former Disney Channel stars/former boy banders/oldest JoBros of the insect world. Or perhaps she's saying mosquitoes are like the Real Housewives of New Jersey guest stars of all insects. Who knows, maybe this is nothing more than a reference to a very specific Tumblr post.

As for Jonas' “Buzz buzz” retort, it can’t not mean something. Does KevJo speak bug? If so, what does “Buzz buzz” mean in bug? Did a bug tweet from his account? Or is this nothing more than a flippant reply to someone comparing him to a mosquito?

Here's a hypothesis that seems logical and totally grounded in reality: KevJo’s Twitter account might’ve been hacked by a mosquito who wants to make its presence known without overtly announcing that it took over the pop star’s handle. A subtle hint by a not-so-subtle insect. (Say what you will about skeeters, but there isn't anything subtle about an insect that drinks the blood of people.)

Go ahead and mull that over. Take as long as you need. It really is a lot to digest.

Shortly after the buzzworthy tweet hit the Twitterverse, Jonas posted the following: