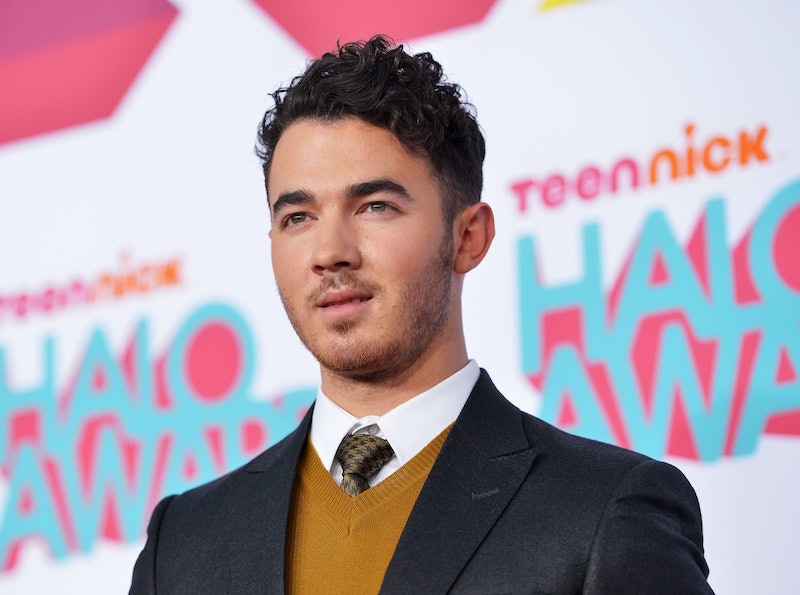 Kathy Wakile is usually the most normal cast member on The Real Housewives of New Jersey . So there was no reason to expect that her new house was going to have one of the biggest surprises of the season — the appearance of former Jonas Brothers singer Kevin Jonas as Kathy's contractor. It might seem like a stunt, but Jonas really does own a New Jersey contracting company. His company, JonasWerner Fine Custom Homes, designs and builds large mansions in New Jersey.

Jonas is used to reality TV cameras, since he used to have a reality show based around his marriage and family called Married to Jonas . He's also no stranger to Jersey — both the Jonas family and his wife Danielle Deleasa are from the Garden State. The two live with their daughter, Alena, in Wyckoff, N.J., which is only a quick drive from where Kathy's home is being built in Franklin Lakes. While the JoBros are no more after breaking up in 2013, Kevin has turned the former band into "Jonas Enterprises," where he manages speaking tours with his brother called "Off the Record: An Evening with Kevin and Joe Jonas." He's clearly the entrepreneur of the family.

On RHONJ, Kevin met with Kathy about the progress of her new house. It was only a quick scene, but he seemed to take her requirements in stride, even though she wants each of her bedroom closets to be roughly the size of a small garage. The house doesn't seem to be done yet, but this pic from JonasWerner Homes' Twitter looks like a more complete version of Kathy's mansion:

It looks pretty good. But oh man, he could not handle Kathy's husband Richie or Rosie. Richie kept throwing out his typical corny dad jokes, saying that the builder was going to start a band right after Kevin started working in construction.

Of course, Rosie could not resist jumping in and taking a shot of her own, making a jab about 'N Sync in her talking head. "Who’s next to design their landscaping? 'N Sync? Let’s get Lance Bass in on this shit!" Not sure if Kevin appreciated that comparison. But so far, Kathy's house is progressing pretty well. Hey, if you're looking for a custom home in northern New Jersey, turns out you could do worse than calling Kevin Jonas.