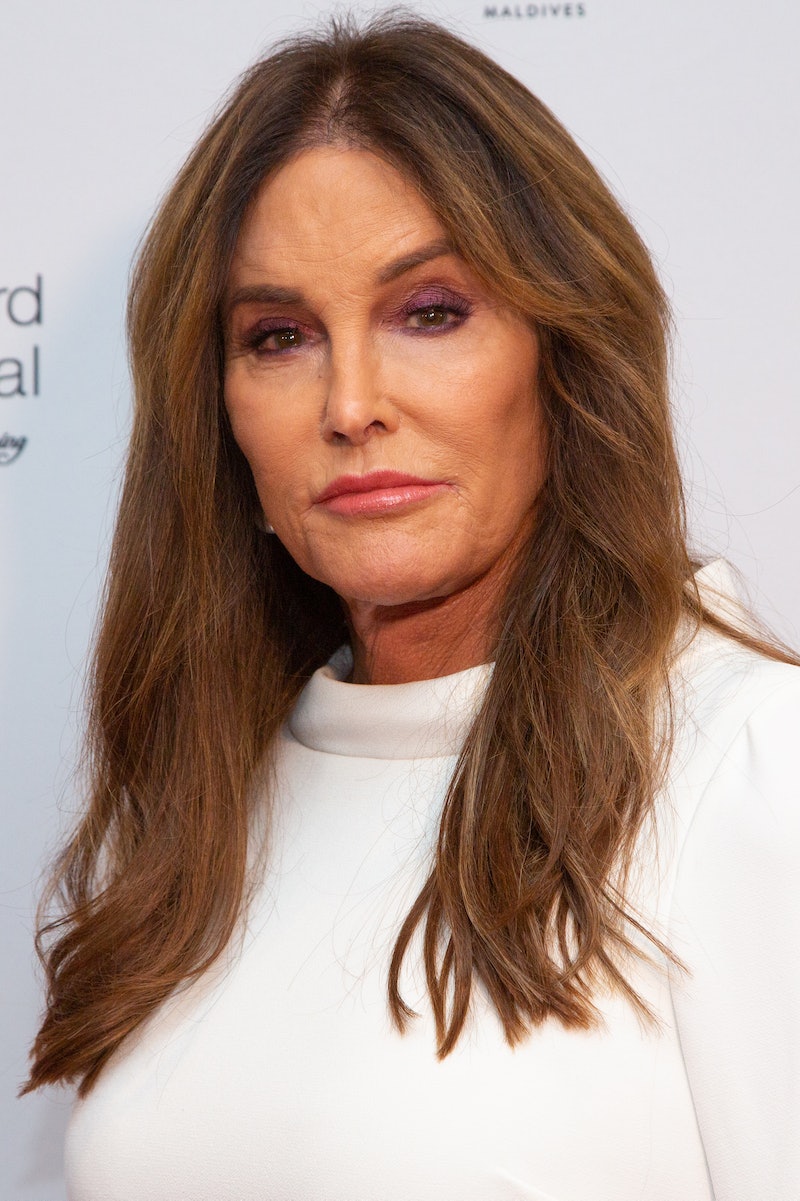 Caitlyn Jenner celebrated a major milestone recently, as she turned 70 on Monday. In honor of the occasion, Kylie Jenner threw Caitlyn a birthday dinner attended by some of the people closest to her. Even though several members of the Kardashian-Jenner family were there, there was one sister noticeably absent from the festivities: Khloé Kardashian. However, there's a very drama-free reason Khloé missed the birthday bash.

In addition to Kylie and Caitlyn, the dinner was attended by Kim Kardashian, Kourtney Kardashian, Kendall Jenner, Brandon Jenner, Brandon's girlfriend Cayley Stoker, and Caitlyn's good friend Sophia Hutchins. The celebration was held on Tuesday night at Nobu in Malibu, and even featured a birthday cake with a throwback photo of Caitlyn, Kylie, and Kendall on it.

In an Instagram Story clip shared by Kim, Caitlyn was asked to make a wish and said, "I wish that we could all get together more often." As it turns out, Khloé missed Caitlyn's birthday dinner because she was shooting a commercial all day, according to TMZ. The Revenge Body star reportedly called the former Olympian to let her know that she wasn't going to make her party, and TMZ's sources insisted there's no bad blood between them.

While she wasn't at the dinner celebration, Khloé did send Caitlyn a flower arrangement in honor of her birthday. The arrangement was featured on Caitlyn's Instagram, where she showcased many of the flowers she received and wrote, "So blessed to have so much love in my life from family and friends."

The pair have a somewhat rocky history, including Khloé being unhappy with how Caitlyn handled some aspects of her transition in 2015. In Caitlyn's memoir in 2017, she wrote that "Khloé has the hardest time with it... We have not been the same since." However, the two are in a better place now and Khloé discussed their mended relationship back in May while on Laura Wasser's Divorce Sucks podcast. Acknowledging she and Caitlyn have "really come a long way," Khloé said, "It was a struggle for all of us … not because she was transitioning. I think from just how it was all handled."

In that same podcast interview, Khloé added, "Now I think we’re all in a really good place, and we all just want everybody to just be happy with whoever they are." So even though Khloé wasn't at Caitlyn's birthday dinner, that doesn't mean there's any lingering drama.

More like this
Kylie Jenner Clarified How To Pronounce Her Son's New Name
By Jake Viswanath
Kim Kardashian & Kylie Jenner Squabble Over Skims On Instagram
By Alyssa Lapid
Khloé Kardashian Writes Touching Instagram Tribute To Tristan Thompson’s Mother
By Alyssa Lapid
Looking Back At Kylie Jenner's Best Fashion Week Looks
By Allie Fasanella
Get Even More From Bustle — Sign Up For The Newsletter
From hair trends to relationship advice, our daily newsletter has everything you need to sound like a person who’s on TikTok, even if you aren’t.