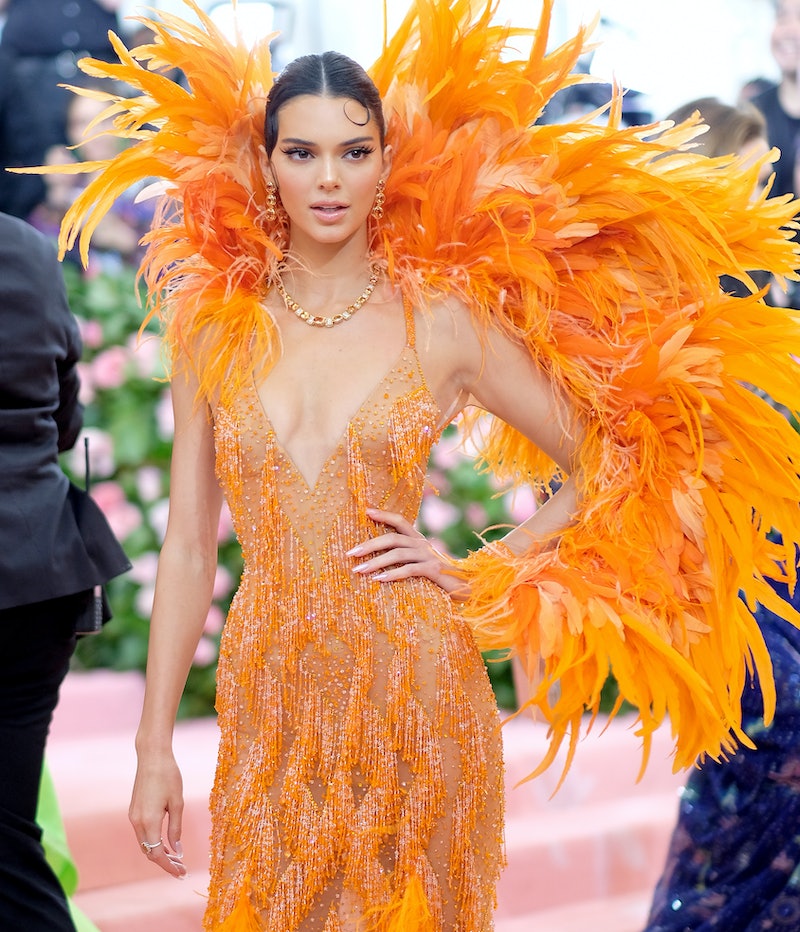 There's a few givens we as a society assume in this topsy-turvy world. One of those, though we may not have thought of it initially, is that each and every soul has tried a Hershey's Kiss before. This assumption gained traction after seeing Khloe Kardashian's reaction to the fact that Kendall Jenner hasn't had a Hershey's Kiss. Yes, this is the latest outlandish food discovery made about the KarJenners, alongside iconic discoveries including Kylie having never had cereal with milk and the astronomical bowls of salad frequently spotted in Kris's kitchen.

The Keeping Up With The Kardashians clip begins innocently enough. Khloé eats a candy and says, "Wow. A Hershey's Kiss is pretty epic." Kendall replies, "Really?" Khloé admits that she hasn't had one "in such a long time." Ok, sure, it's not a total staple of the food pyramid or anything.

Then Kendall drops the bomb:

Khloé appropriately responds with an incredulous look and scoff before remarking, "That's crazy." She then all-too-quickly inquires about her younger sister's recent skip trip to Mammoth. (Like, we weren't finished here.) To recap: Hershey's kisses are a staple of holidays like Christmas and Valentine's Day, so are we saying Kendall never had one at a family gathering. I mean, Khloé has had them. Did Kris never bribe Kendall with the treat so that she'd do her homework? Does this extend itself to Hershey's as a brand, meaning she's never delved into a properly constructed s'more? To top it all off, Kendall immediately grabs a jar of Skittles in the clip. (So you didn't even want to try them? They're right there!!)

After recovering from that revelation, viewers can hear about the drama brewing between Kendall and Kourtney post their joint ski trip. Kendall is less than thrilled with her older sister's demeanor at Mammoth. "A lot of the trip, people were picking on me and by people I mean Kourtney most of the time," Kendall confided to Kourtney. "And whether or not she was joking, I didn't really think it was a joke."

Kendall continued, "I just felt like she was trying to be cool in front of my friends, and like younger people that are cool, at my expense." Offenses included Kourtney putting her feet on the console of Kendall's car after a rainy, muddy day. Plus, Kendall's friends laughed along with Kourt instead of siding with Kendall. "She was like putting me down to make herself higher or cooler," Kendall told Khloé, before revealing they hadn't spoke since the vacay.

Khloé said in an on-camera interview, "I'm so annoyed with Kourtney. She is supposed to be the older sister. But it just seems like Kourtney was bullying Kendall the entire time. I mean, that's so lame for anyone to do that."

While Khloé's siterly words of concern are much appreciated, do you know what else is really lame? Kendall has drank bird saliva, but never had a Hershey's Kiss. Let that sink in as you prepare for the next KUWTK episode.

More like this
Twitter Is Overjoyed With 'The Great British Bake Off's Return
By Maxine Harrison
Everything To Remember About Lace Morris Before 'Bachelor In Paradise' Season 8
By Grace Wehniainen
Bachelorette Gabby Kissed Her New Fiancé On 'Dancing With The Stars'
By Jake Viswanath
Where Is Former Bachelor Host Chris Harrison Now & What Is His Net Worth?
By Hugh McIntyre
Get Even More From Bustle — Sign Up For The Newsletter