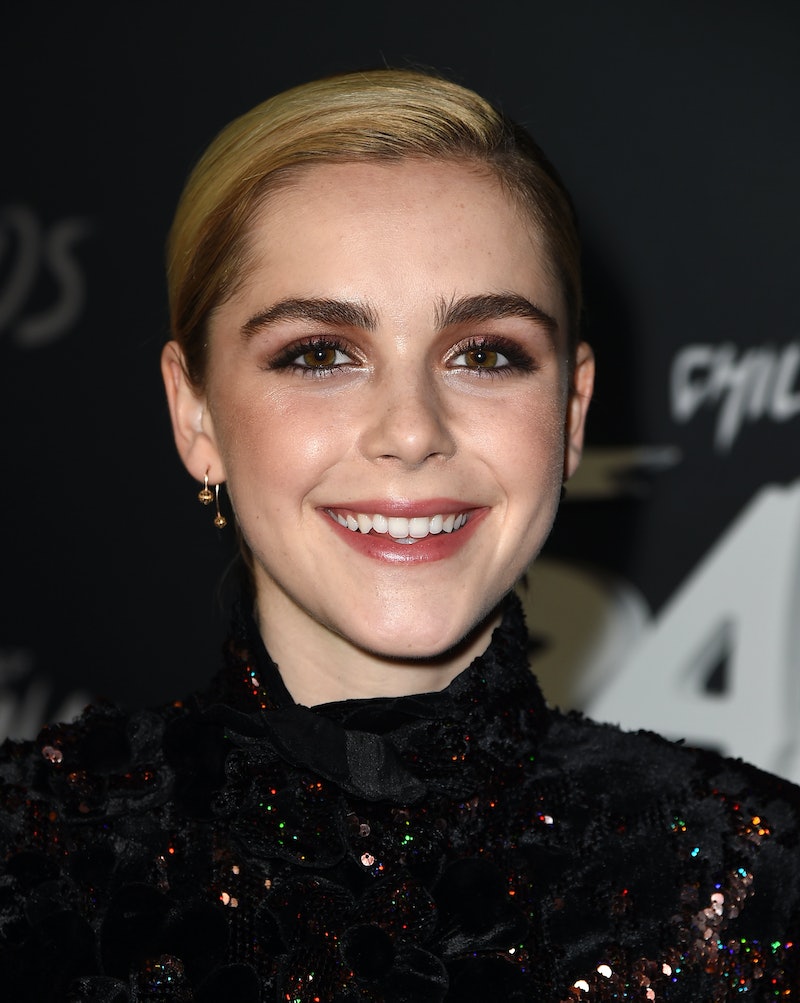 Even though the character is not a perfect role model, The Chilling Adventures of Sabrina's Kiernan Shipka wants fans to be inspired by Sabrina. In fact, the actor revealed she felt empowered playing the teenage witch, and it's Sabrina's imperfections that make her more real. In an interview with Seventeen, Shipka explained how she was drawn to the role for the opportunity to portray an authentic character young women could look up to.

"I'm unreasonably excited that young girls are going to get to have this character be an inspiration to them," she said. "I think she is so strong-willed, has such a good heart, speaks her mind, stands up for herself, and questions things that she feels aren't right."

In the Netflix show, Sabrina is challenged by both the mortal and the witch world, but she follows her own moral code. Even the magical world has a patriarchy, and Sabrina isn't afraid to criticize these issues even if it means challenging centuries of ancient witch tradition. It's not often that a fantasy show also provides nuanced, thoughtful representation for young women. Shipka told Seventeen that she always looks for feminist roles, but the part on The Chilling Adventures of Sabrina came as a surprise to her, as well.

"I gravitate toward feminist content because that's just who I am," she said. "But there was something so cool about this show being so feminist while still having this very separate fantastical element."

In previous interviews, Shipka emphasized that Sabrina is a powerful character because she's determined and flawed. In October, the former Mad Men star said that the new show accurately portrays women because they are allowed to grow and learn, according to Bustle. "To play a character like Sabrina that is making mistakes and making good choices and just figuring herself out, that's something that I think is really exciting," she said. "I really hesitate to ever call Sabrina a role model because she's 16 years old."

The character is an accurate portrayal of the teen years, which are difficult even when you're not expected to defend the mortal world from curses and evil spirits. In Seventeen, Shipka talked about how Sabrina's journey inspires her as well. "Sabrina is, for all intents and purposes, a teenage girl as much as she's a witch who's faced with decisions no teenager could ever deal with," she told the publication. "She puts herself in situations that are very risky, on the life-threatening side of risky, but to have a character who is so strong-willed has really inspired me. To play someone completely and utterly passionate, and who doesn’t back down, makes me want to be the best person I can possibly be."

Even in the face of incredible danger, Sabrina also has to balance the challenges of everyday life with her secret witch identity. Coveniently, Shipka said that Sabrina's journey to adulthood has coincided with her own personal growth. The actor even took on the part during a period of personal breakthrough. "Sabrina is going through it earlier than I did, but I relate to the weirdness of it all. Coming into your own sounds so elegant, but it doesn’t seem that smooth when it happens," she explained. "It’s something I’ve been exploring for a while. I figured it out to an extent but... with a giant sigh."

It's not often that women on screen are allowed to be complicated, and the fact that Sabrina is not the perfect role model on CAOS makes her all the more compelling. The character has clearly inspired Shipka, and Sabrina's journey will be just as likely to speak to teenagers watching the show.

More like this
15 Offensive AF Jokes In 'Friends' That Really Aren't OK
By Tolly Wright, Bustle Editors and Meguire Hennes
Netflix Reveals First Look At Wednesday In The 'Addams Family' Spinoff Series
By Bustle Editors
Kenan & Kel Just Reunited At The 2022 Emmys & Twitter Is Overjoyed
By Grace Wehniainen
A TikToker Just Proved Gossip Girl's Identity Was Revealed In Episode 1
By Jake Viswanath and Meguire Hennes
Get Even More From Bustle — Sign Up For The Newsletter