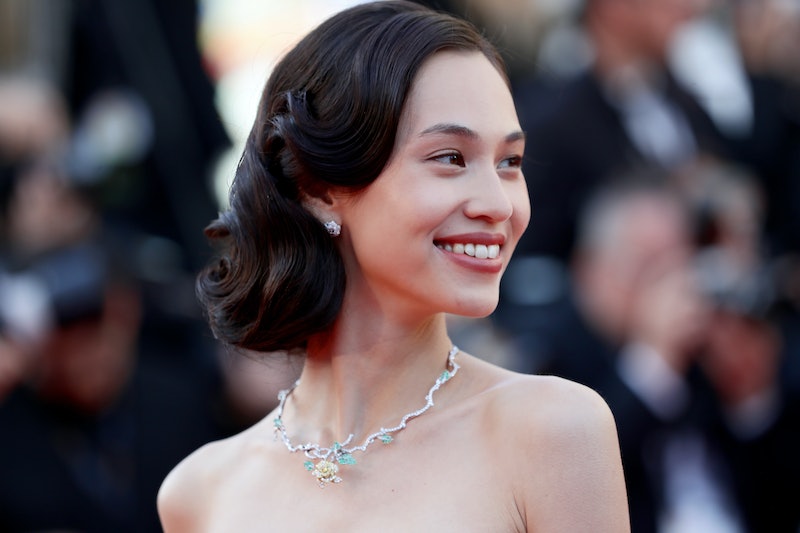 The Queer Eye guys have taken their self-improvement expertise to Georgia, Missouri, and (very briefly) Australia, and now, they're heading to Asia. In a special mini-season called Queer Eye: We're in Japan! (out Nov. 1), the cast will meet with four new heroes. But, being in a new country, they need some guidance. So Kiko Mizuhara is joining Queer Eye as the show's "Tokyo Guide."

If you're unfamiliar with Mizuhara, you must not be one of the 5.2 million people who follow her on Instagram. According to Interview magazine, the 29-year-old model and actress was born in Dallas, Texas to an American father and Zainichi (the word for Japanese people of Korean descent) mother, and moved to Japan at age two. Per Business of Fashion, she began her modeling career in 2003 after winning a contract with Seventeen Japan through a contest, and has since appeared in numerous fashion magazines, worked with huge brands like Chanel, Dior, Marc Jacobs, Coach, and Uniqlo, and collaborated on designing collections with Opening Ceremony. She also has her own brand, Office Kiko.

As an actor, Mizuhara has appeared in TV shows and movies including Japanese film Norwegian Wood and CBS' The Good Wife, as well as The Weeknd and Daft Punk's music video for "I Feel It Coming".

But you may know Mizuhara best because of her personal life. Earlier this year, she was rumored to be dating Harry Styles, primarily because they followed each other on Instagram and Styles had reportedly been spending time in Japan. The two were also seen together in a video Queer Eye's Bobby Berk posted during a night out for karaoke, but as Seventeen reported, a couple weeks prior, Mizuhara tweeted that she hadn't even met Styles. Berk later told Grazia Daily that Styles and Mizuhara followed each other on Instagram before actually meeting when they all went to karaoke together.

Which brings us back to Queer Eye. The cast seem to love Mizuhara. When they were filming the show back in February, Tan France posted a couple photos of himself and the model on Instagram, writing in the caption, "Just wait until you get to know her. You are going to FALL. IN. LOVE!" Antoni Porowski also posted a sweet picture of them hugging.

While Mizuhara's role is to guide the cast while they're in Tokyo, she is empowering just like they are. In an April 2018 interview with Vogue, she spoke about her goal in using her platform. "I was inspired by the #MeToo movement and the Women's March happening in the U.S., because in Asia, especially in Japan, lots of people [feel they] can't really raise their voice," she said. "[Now] it feels like everyone is getting inspired. I'm looking forward to the younger generation raising their voice, becoming confident, and saying what they want to say. I'd like to be the person who can help a little bit — make young girls feel proud of themselves and be able to be fearless!”