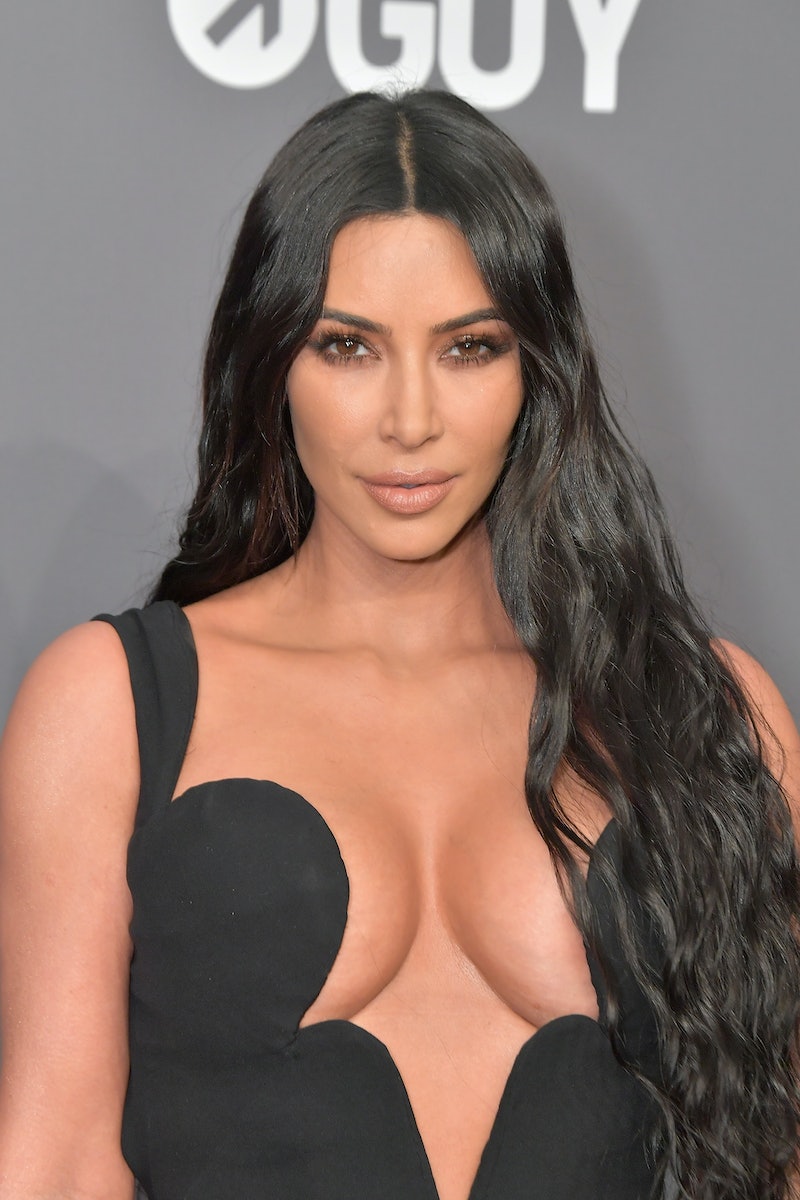 As fans know, the history between Kim Kardashian and Paris Hilton is a very long one, with plenty of ups and downs, and it starts before Kim was a household name in the way she is now. And now, it seems like the reality star couldn't be more thankful for what Hilton has done for her. In a new promo for the upcoming season of Keeping Up With The Kardashians, Kim said she'd do anything for Hilton, and it's all because of what a huge part she played in her career.

In the clip, Kim is talking to her sister, Khloé, about having to go to a video shoot with Hilton (which we now know was for the song "Best Friend's Ass"), which requires her to work all night — something she's not necessarily pumped about, considering the fact that she's already super tired. But as she tells Khloé, it was something she had to do for her friend.

"I really would want to do anything for her. She literally gave me a career, and I totally acknowledge that," Kim said.

Khloé pointed out that many people wouldn't take that approach, especially if they had a schedule that was as crazy as Kim's, but Kim said that no matter what she had going on, she'd drop it all for Hilton. "I would drop it for her, because that's important to me, to be loyal to people," she added.

Kim's also shown arriving at the shoot and greeting Hilton, saying, "If this doesn't smell like Paris Hilton's dressing room, I don't know what does."

Although Kim and Hilton had a pretty public feud going on for awhile that started back in 2008 (when Hilton reportedly said that Kim's butt looked like "cottage cheese in a trash bag"), they've come a long way since then. It looks like they've totally made amends, and the fact that Kim is so appreciative of Hilton helping her with her career could play a big part of that. They've known each other since they were kids, but Hilton also hired her to organize her closet, which means Kim got a very important cameo in The Simple Life that helped her rise to reality TV stardom.

Now, it seems that feud is long behind them — something fans are definitely thankful for. They've been making appearances on each other's Instagram feeds, and in May, Hilton told People that she loves hanging out with her longtime friend again.

“I’ve known her my whole life and we’ve been having so much fun together lately,” she told the magazine at the time. “We had a good time at Kourtney [Kardashian]‘s birthday party and then had fun at Travis [Scott]‘s birthday party. It’s been really nice."

Keeping Up With The Kardashians is back Sept. 8, and it's going to be so much fun to see everything that happened behind-the-scenes of Hilton's video. Being that Kardashian's cameo in "Best Friend's Ass" made headlines when it was released back in May, this episode should be a fun one to watch when it finally airs this fall.