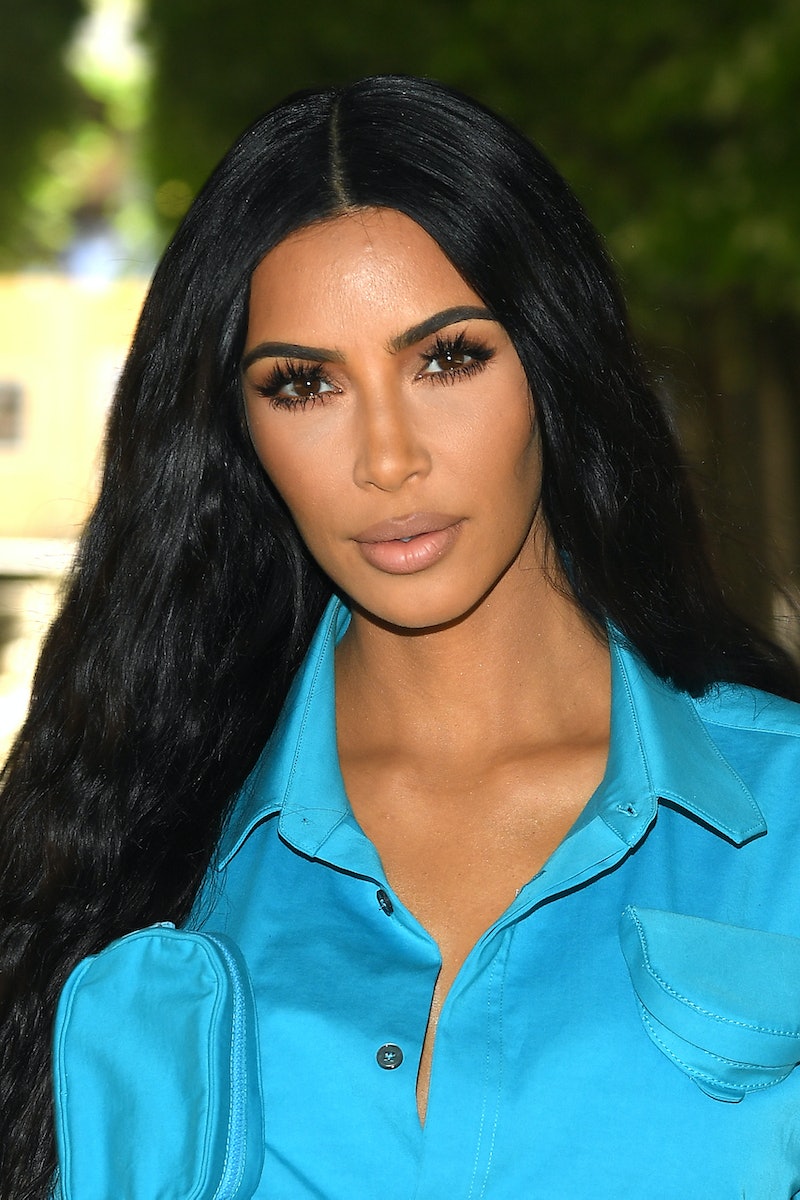 For a long time, haters labeled Kim Kardashian as "famous for being famous." Now, she has too many jobs to count. She stars on a Keeping Up With the Kardashians, has a makeup line, sells perfume, and now she's adding another title to the list: lawyer. Yes, Kim Kardashian is studying to be a lawyer and she discussed the decision, as well as her journey to get to this point, in an April 10 interview with Vogue.

For those who haven't been "keeping up," this might seem like a move that's totally out of left field. However, that's really not the case. Kardashian played a crucial role in securing Alice Marie Johnson's release from prison in 2018. Johnson was in an Alabama jail for a nonviolent drug charge since 1996. After learning about the case through social media, Kardashian got in touch with Johnson and they worked together with a group of lawyers and CNN commentator Van Jones to meet with President Donald Trump. He granted the group's request and Johnson was released from prison.

This was a very public story, but not the only step in Kardashian's journey to study law. According to Vogue, Kardashian, Jones, and a lawyer named Jessica Jackson have been "visiting prisons, petitioning governors, and attending meetings at the White House."

All of this led to her decision to enroll in a four-year apprenticeship at a law firm in San Francisco, California. Her intent is to take the bar exam in 2022. The apprenticeship allows her to take the exam without having a college degree. This path is referred to as "reading the law," and it's only possible in four states in the country.

Kardashian admitted to Vogue, "I had to think hard about this," because just like everything she does, this is bound to get a major reaction from the public. She further elaborated on her decision, recalling, "The White House called me to advise to help change the system of clemency." And that's when she had a very honest revelation. Kardashian confessed, "And I’m sitting in the Roosevelt Room with, like, a judge who had sentenced criminals and a lot of really powerful people and I just sat there, like, Oh, sh*t. I need to know more."

She went on to explain, "I would say what I had to say, about the human side and why this is so unfair. But I had attorneys with me who could back that up with all the facts of the case."

Even though Kardashian played a major role as an advocate, she wanted to do more. She reflected,

"It’s never one person who gets things done; it’s always a collective of people, and I’ve always known my role, but I just felt like I wanted to be able to fight for people who have paid their dues to society. I just felt like the system could be so different, and I wanted to fight to fix it, and if I knew more, I could do more."

And now she's on that path. At this point, people should know not to pigeonhole Kim Kardashian. She has evolved so much throughout the years and she seems to put her all into everything she tries. "Not bad for a girl with no talent," right?