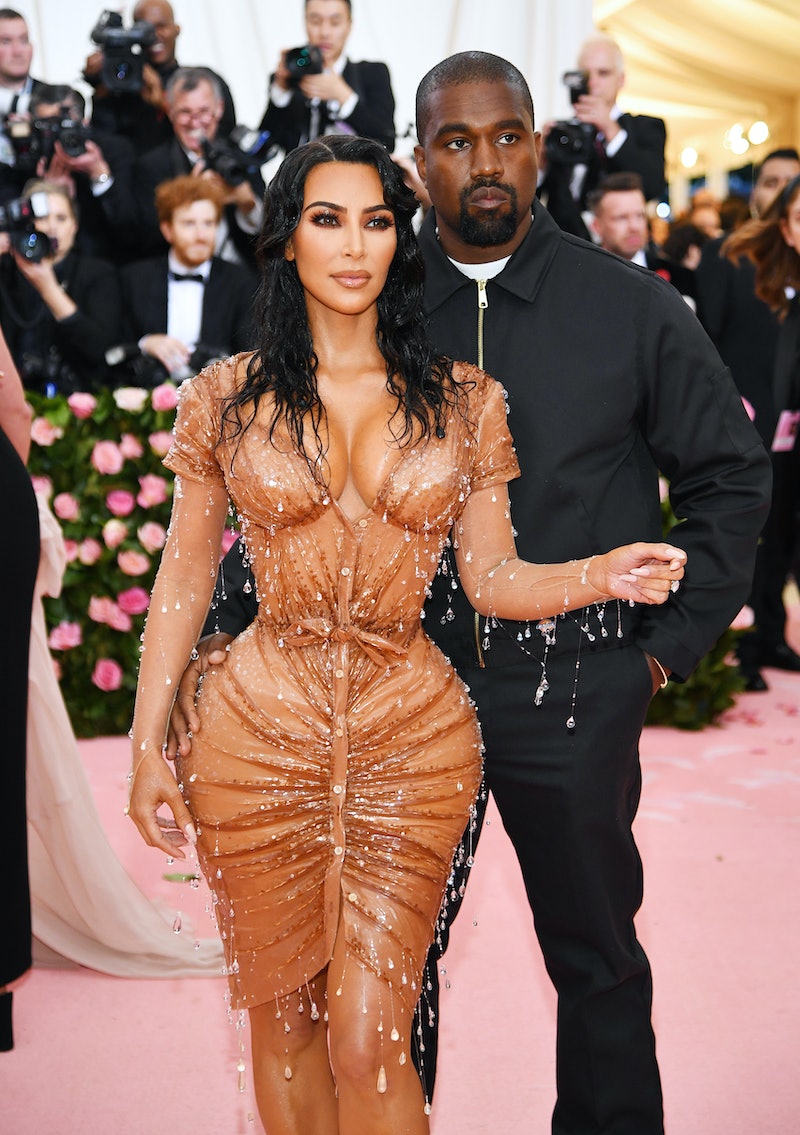 These siblings are already best buds. On Saturday, July 20, Kim Kardashian shared a photo of Saint and Psalm on Instagram, and the new post shows off her son's personalities behind-the-scenes. This sweet photo featured Saint, who is 3 years old, cuddling with his baby brother Psalm, who is just 10 months.

As fans will recall, Kardashian and Kanye West welcomed Psalm, their fourth child, via surrogate back in May. The reality star's latest photo shows her two sons taking a nap together, but in the caption, she revealed that Saint actually curated the image. Apparently, her son wanted his mother to capture an adorable sibling moment and pretended to be asleep for the camera.

In addition to sharing the photo of Saint and Psalm on Instagram, Kardashian shared an adorable message in the caption:

"Saint said he’s gonna pretend to sleep with his brother. He always wants a pic to capture every moment. You have no idea how sweet my boys are!"

Apparently Saint has a tendency to push his mom to document family memories. While Kardashian occasionally offers a glimpse at what her family life is like, it's clear that even off-camera Saint is always putting quality time with his siblings first.

Friends and fans of Kardashian were obsessed with the adorable photo and commented to show their love. Family friend Jonathan Cheban, also known by his nickname Foodgod, commented, "I'm done for the rest of the day! Thank you! Perfect Package those 2." Tracy Romulus, who is Kanye West's publicist, simply wrote, "Omg," with a few heart eyes emojis.

The photo was not the first recent moment with her sons that Kim K has shared on social media. Last week, Kardashian posted another photo of Saint and Psalm on Instagram, sharing that once again her oldest son insisted on taking the photo. She wrote, "Saint asked me to take a pic of him and his brother this morning."

Once again, friends and family couldn't get enough of the brotherly love. Kylie Jenner wrote, "ugh i love them," with heart eyes emojis, while Naomi Cambell commented with three heart emojis. Cheban commented on this photo as well, writing, "LOVE THEM."

It's clear the reality star's two boys have her heart as of late, and on June 17, Kardashian shared another picture of her sons — a black-and white photo of her with Psalm while Saint gently holds his newborn brother's face. The makeup mogul captioned the photo, "My boys." And on July 10, Kardashian also posted an adorable photo of Psalm grinning on Instagram, writing, "I meannnnn my baby Psalm is so sweet!!!"

Of all the Kardashian-West children, Saint is always looking out for his siblings. In August 2018, Kardashian revealed that Saint and Chicago were super close, sharing a photo of the two posing together on Instagram, as per E! News. She wrote, "These two are inseparable #Chi #Saint." And in January, Kardashian confirmed the two sibs were still best friends during Chicago's birthday party, as per People. "These two are always together," the star said via her Instagram Story.

The Kardashian-Jenner siblings are a tight-knit group, and it seems like they're all raising their kids to be equally good friends. Saint is clearly being a great older brother to Psalm, and these two are already BFFs.