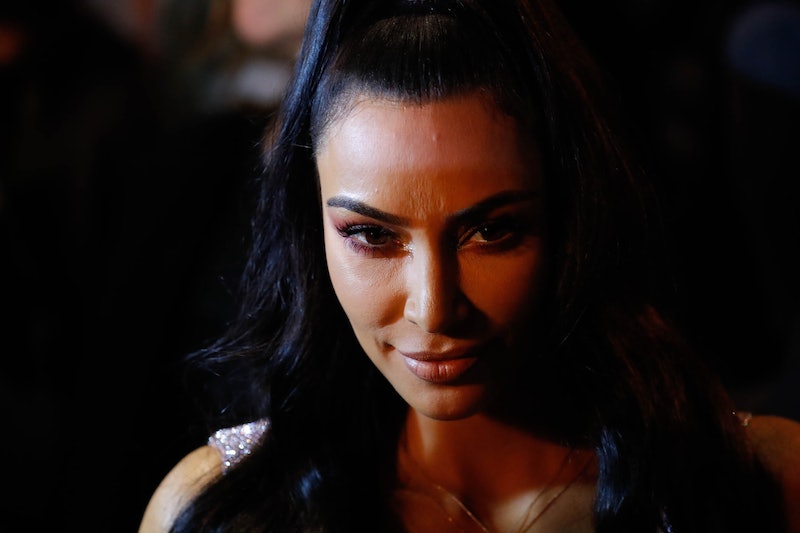 In 2018, Kim Kardashian West made headlines when she successfully lobbied for the release of Alice Marie Johnson, who had served more than 20 years for a first-time drug offense. As it turns out, Kardashian's efforts at criminal justice reform have been even more expansive and successful than previously reported: According to TMZ, Kardashian West's prison reform work has helped free 17 inmates over the course of 90 days, all of whom were in prison for low-level drug offenses. A publicist for Kardashian West confirmed TMZ's report to Bustle.

In addition, Cody said, Kardashian West has helped reunite some of the freed inmates with their families after their release.

"When people get out of prison, they might be incarcerated hundreds of miles from their families and they might need help getting home. Really important, critical things that people might not realize — and those are things Kim is helping with as well," Cody told CNN.

It was already known that Kardashian West helped secure the releases of Johnson, Jeffrey Stringer, and Cyntoia Brown. However, TMZ reports that she's also successfully advocated for the release of Jamelle Carraway, who was in prison for 11 years for crack cocaine possession; Eric Balcom, who served 16 years of a life sentence for a drug conviction; and Terrence Byrd, who was in prison for 25 years on a possession charge. TMZ reports that Kardashian West and her team are still working to free more inmates, though it's not known who.

Most of Kardashian West's criminal justice efforts have been aimed at securing the release of low-level or first-time drug offenders. Brown was an exception: She was given a life sentence when she was 16 years old for killing a man who had forced her into prostitution. Tennessee Gov. Bill Haslam granted her clemency in February.

Some of the inmates for whom Kardashian West has advocated were released under provisions of the First STEP Act, a bipartisan criminal justice reform bill that President Trump signed in 2018. The First STEP Act seeks to reduce and limit the incarceration non-violent criminals, and according to Reason, was instrumental in the release of Matthew Charles, who was also aided by Kardashian West.

Kardashian West is currently studying to become a lawyer, and it was reported in April that she is apprenticing at a San Francisco law firm. On a recent episode of Keeping Up With The Kardashians, she revealed that she intends to take the bar exam in 2022, and said that her ultimate goal is to "give up being Kim K and just focus on this and be an attorney and fight for so many deserving people."