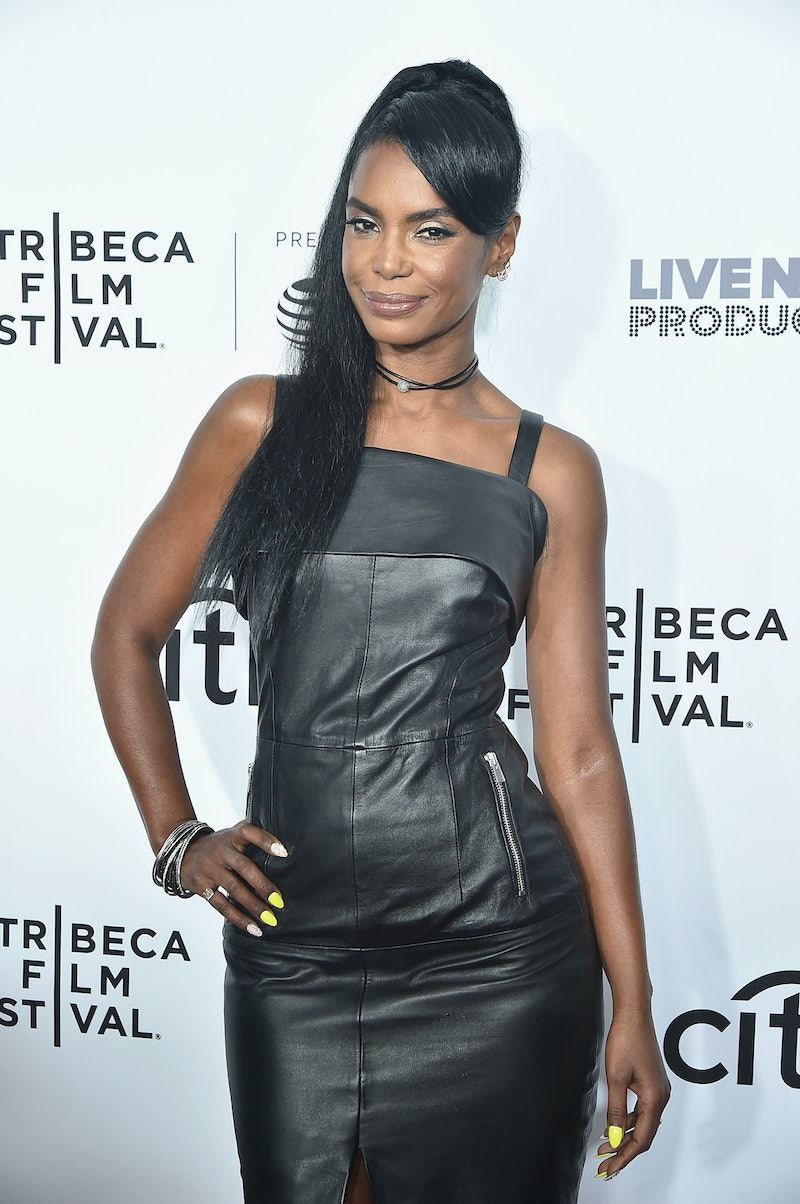 For Black women who were obsessed with Mary J. Blige and her leather outfits, who breathed the fusion of hip-hop, R&B, and high glamour, who came of age during the '90s and early '00s Bad Boy Era, the news of Kim Porter’s death on Nov. 15, rocked our world. Unfortunately, some may only remember her as Diddy’s ex-girlfriend, but Porter was also a model, muse to musical greatness, and industry uplifter. She was just 47 years young when she died, and less than a week after her death, the news still feels unreal. And while much of the focus on Porter has been on her relationship with Diddy, it’s important to hear from the many women who knew Porter, admired her, and cherished her friendship.

“Your light was a beaming beacon for so many. You are A WHOLE MOOD! You are a girls girl which is why we’ve stayed close always. We are so alike in so many ways, we shared clothes, food, attitudes, friends, enemies, the greatest happinesses and the worst sadnesses. We’ve been married, given birth, raised families, gotten divorced, experienced death and everything in between-together,” Kimora Lee Simmons wrote in a heartbreaking Instagram post. Porter served as a bridesmaid for Kimora and Russell Simmons’ 1998 wedding.

“Read Kimora's post about Kim Porter's passing and cried a little. Idk what I'd do if I lost any of my best friends.” tweeted Taylor Allie, a Wellness writer, and Graduate Mental Health Therapist on Twitter. “Sisterhood is everything to me.”

Part of what made Porter so magnetic was the genuine love she had for everyone, a love only amplified in her as a mother of four. “For the last 20 years, we have raised our children together, my mind cannot begin to wrap around the fact that you are not going to be here. A devastating loss to our family,” wrote fellow Bad Boy alum, lifestyle architect, and fashion designer Misa Hylton, who is the mother of Diddy's son Justin. “Not that long ago we had a dope conversation about the kids and how proud we were of them all. We spoke about their futures and how we could come together to support them in business. The fact that we shared an unspoken understanding around what it was like to raise our children in this life.”

To both those who knew her and fans everywhere, Porter was #BlackGirlMagic before the hashtag became popular. She took the big bravado of the Bling Bling era and translated it into a quiet power, energy, and strength. And the sisterhood of support that has come out in the wake of her death is a pure reflection of Porter's warm and kind spirit, as well as her work acting a mentor and guide to young Black women looking to make their mark in a white, male-dominated industry.

“You lovingly connected me with two key players that helped move my career forward, Big Boy & Diddy. I am forever indebted to you. When the headlines talk about you I pray they talk about the platform your company gave new and up and coming artists in Atlanta,” Janelle Monáe shared on Instagram. “YOU WERE A CONNECTOR. You were a champion of women in the industry. YOU WERE A BOSS moving through this life with so much style and grace.”

Porter graciously held space for her peers both in front of the camera and behind the scenes. Karleen Roy, Founder of The Vanity Group, a luxury lifestyle management agency that counts Cardi B and Lisa Price of Carol’s Daughter as clients, was one of the many benefactors of said space. It was Roy's time at Bad Boy Records, Diddy’s label, that would help to shape her management agency, an opportunity that came in part due to Porter.

“KP...you will be terribly missed. Thank you for showing me how to make pancakes, teaching me how to pose *camera emoji*, from letting me get my first 'big girl' weave in your bathroom, to taking me to Extensions Plus and putting me on to the fact that tequila straight up was zero calories,” Roy shared on Instagram.

Teenager Aoki Lee, who was with her mother Kimora Lee Simmons when the news of Porter's death was announced, summed up the far-reaching impact of a woman who so many were drawn to on her own Instagram, writing, “It may surprise some people how many unexpected people are mourning her, people you didn’t even know she knew, it’s because she loved everyone in such a quiet way and brought light to everyone’s lives without calling attention to herself.”

Even those who didn't know Porter in real life were greatly affected by her. “I didn’t know her personally but as a woman who works in media relations, knowing her role as one of the founding members of the Three Brown Girls is one of the biggest inspirations to continue to pursue my goal in this industry,” Talent Relations Strategist Christina Hammond wrote on Instagram. “Often models are overlooked or taken seriously as women in business, but Kim defied those odds and built a legacy. Beyond brains and beauty, she was clearly recognized for her impact, truly mattering more than anything.”

Porter represented so much for so many people, particularly Black and Brown women, who wanted to see themselves reflected back in the entertainment industry. May her spirit continue to live not just through her relationship with Diddy, but through the women who she loved and who loved her.