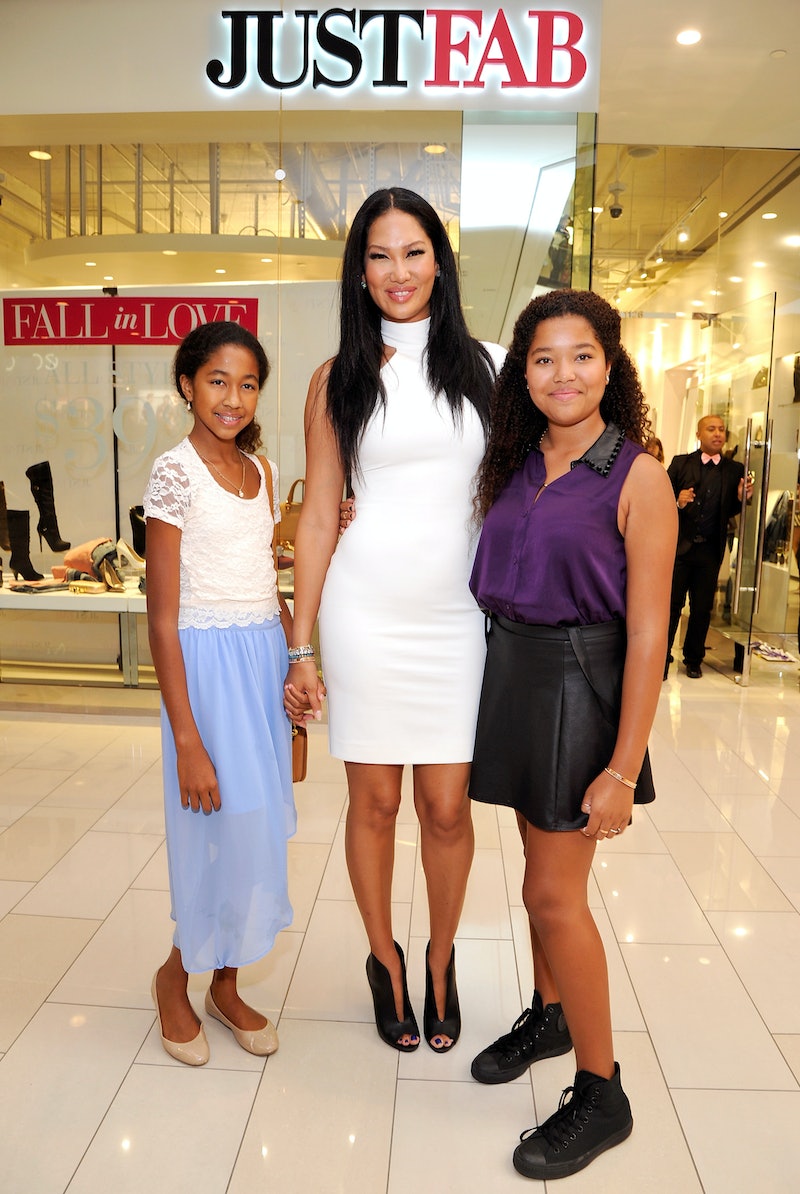 Congratulations are definitely in store for Kimora Lee Simmons' daughter. According to E! News, Aoki Lee Simmons was accepted to Harvard University at age 16, prompting some major celebrations from the famous family. Kimora's daughter, whom she shares with her ex-husband Russell Simmons, was over-the-moon about her college acceptance, understandably so given how impressive of an accomplishment it is.

As seen in a video Aoki posted on her Instagram, the future Harvard student can be seen in tears as she looks on at the acceptance letter she received from the Ivy League school, with her mom, stepfather Tim Leissner, and brother Kenzo there to celebrate. Kimora is just as excited as her daughter, as she can be heard hollering with joy as she films the event.

Hilariously enough, Aoki captioned the video by including a small quip made by her mother tying back to the college admissions scandal that has dominated the news cycle recently. Kimora apparently said, "thank god you got in on your own honey cause you can't row." Aoki wrote:

"I’m only 16 and I’m going to Harvard baby! Insert emotional crying face. @kimoraleesimmons 'thank god you got in on your own honey cause you can’t row' 😂😂😂 thank you so much to every single person who helped me along the way. I am excited and honored and so so grateful."

While she didn't appear in the video, Aoki's older sister, Ming Lee Simmons, shared her congratulations (and a good-natured joke) in the comment section of the Instagram post. She wrote:

"I am once again the lesser child. But that's okay, I'm so so so proud of you my baby. You worked so hard and no one deserves this more than you."

Aoki responded with a little bit of humor, too, as she replied, "you're not the lesser child you're just shorter."

If you take a look at Aoki's many accomplishments and interests, which she frequently posts about on Instagram, then it wouldn't come as too much of a shock to see that she's been accepted to Harvard at the young age of 16.

Aoki has taken her love of history to the next level, as she's been working as an archaeologist in Spain. She related on Instagram, "Living my best and dustiest life as the youngest archaeologist on the Pollentia Roman dig in Spain!"

On multiple occasions, Aoki has shared book suggestions to her followers (which you should definitely take note of, as her selections are on point). Based on the above meme that she created, she has a love for the classics above everything else.

Aoki has also done some major humanitarian work alongside her mother as she's currently a Youth Ambassador for the Unmentionables organization, which works to provide services such as heath education and protection for refugees.

In addition to her focus on her studies and her volunteer work, the future Harvard student also has some time to engage in sports, particularly volleyball.

Given her already impressive and well-rounded background, one can safely say that Aoki is going to be able to handle anything that Harvard throws her way.